‘Emulate other states and ban plastic’

THE Perak government should reverse the lifting of the ban on plastics by the previous administration.

Koperasi Alam Hijau Perak (Kohijau) chairman Assoc Prof Dr Richard Ng said the ban on plastics was to be enforced on July 1, 2017, but the decision was deferred.

At the moment, Perak’s “No Plastic Bag” is only implemented every Saturday.

Ng claimed the state government was doing little to tackle the issue.

“They keep citing that more research is required as an excuse not to ban plastic as it may hurt the multi-million ringgit business.

“This shows that they are ignorant of the impact of plastics on climate change,” he said.

Ng was commenting on Selangor’s move to ban plastic straws in all eateries beginning July 1, and on Penang’s ban of plastic bags every Monday, also from July 1.

After imposing a statewide ban on plastic bags 10 years ago, the Penang government has decided to take the initiative one step further by deciding that there would be no plastic bags for shoppers even if they are willing to pay 20sen. 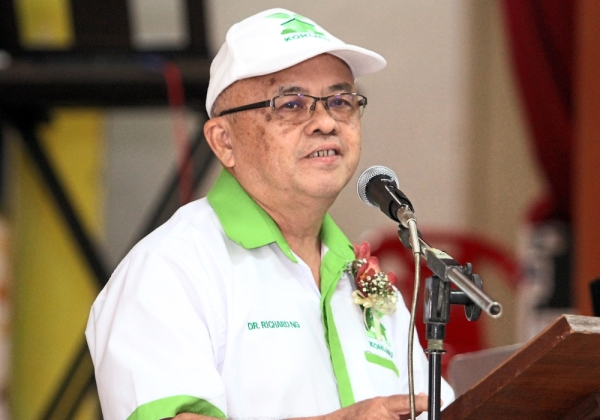 Ng says the Perak government needs to do more for the environment.

Ng said Penang and Selangor were at the forefront of tackling environmental damage and climate changes.

“Plastic, which can take more than 500 years to decompose, has been occupying space at landfills which produce methane gas and cause temperatures to rise.

“Plastics have also been found in oceans, causing damage to marine life.

“If Penang and Selangor have taken efforts to ban plastic successfully, there is no reason why Perak cannot follow suit,” he added.

Ng, who is also Ipoh City Watch president, said the NGO had voiced concern over the issue since 2016 but to no avail.

He urged the state government and the executive councillor in charge to make the environment a priority before the situation in Perak became worse, especially for single-use plastics such as polystyrene, straws and bags.

Andy Ooi, a volunteer at recycling organisation The Kiko Food Bank, questioned if Malaysians knew what landfills look like.

“People should consider how much plastic they use when they go grocery shopping and think how long these plastic bags take to decompose. We must not wait for the damage to happen,” he said.

Baljit Kaur, 37, said she uses recycled bags when grocery shopping, and also taught her children to be aware of the damage plastic products do to the environment.

“My children hardly use straws and we try to minimise the usage of plastic,” said Baljit who is self-employed.

She added that the rubbish disposal system in Malaysia could also be improved with better waste separation at source.

“This is mainly because of hygiene issues at food outlets.

“Plastic should be banned and replaced with paper bags,” she said.