JOHOR BARU: Business organisations have welcomed the decision by the state government to review and revive the Singapore-Johor-Riau (SIJORI) Growth Triangle. Johor South SME advisor Teh Kee Sin said the move was good as it would stimulate and boost business and economic activities within the growth triangle.

“I believe our neighbours Singapore and Indonesia will also be happy to see the revival of SIJORI as it will benefit the three areas within the growth triangle,’’ he said.

Teh added that Johor-based small and medium enterprises could tap the collaboration to promote their products, especially to the densely-populated Indonesia through the Riau Archipelago, tapping especially into the halal market there.

He said Indonesia, Malaysia and Singapore have many similarities in language, culture, and foods; hence the three countries should bank on these similarities for their benefits.

“The growth triangle could also establish a window to capture the other seven countries in Asean as SIJORI is located along one of the world’s busiest shipping routes,’’ said Teh.

“Johor has the advantage as it has positioned itself as one of the leading manufacturing hubs in the country way back in the 1980s at the start of the country’s industrialisation,’’ he said.

Sivakumar said apart from strengthening economic links in the region due to the tripartite collaboration and partnership, it would also see the sharing of job expertise among the three countries.

He said Iskandar Malaysia would also benefit as it could see more investments coming into the southernmost part of Johor where the economic growth corridor is located covering about 2,217 sq km.

SIJORI was launched in December 1989 and is a tripartite agreement between Singapore, Johor (in Malaysia) and Riau (in Indonesia) that seeks to exploit the competitive strengths of the three areas, and make the sub-region attractive to regional and international investors.

The growth triangle links the logistics, transportation and financial facilities of Singapore with the natural and labour resources of Johor and Riau.

The development of the growth triangle is largely led by the private sector, with the government facilitating the flows of goods, services, investment and people. 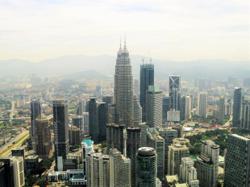