IT MAY be an upmarket area but the commercial centre of Desa Sri Hartamas is in a filthy state.

The noted food area also has a rat problem. Improper disposal of waste from the large number of restaurants in the vicinity is believed to be the main culprit.

Lots of holes can be spotted on the ground – indicating rat burrows. Those working in the area claim that the rats come out at night and feast along the back lanes.

A doctor who only wanted to be known as Devi said those working in the area were used to seeing rats scurrying around as well as dead rodents.

“The back lanes are filthy as restaurant workers dump food waste there. Although rubbish is put into bins, they are not covered, allowing these pests to rummage for food. 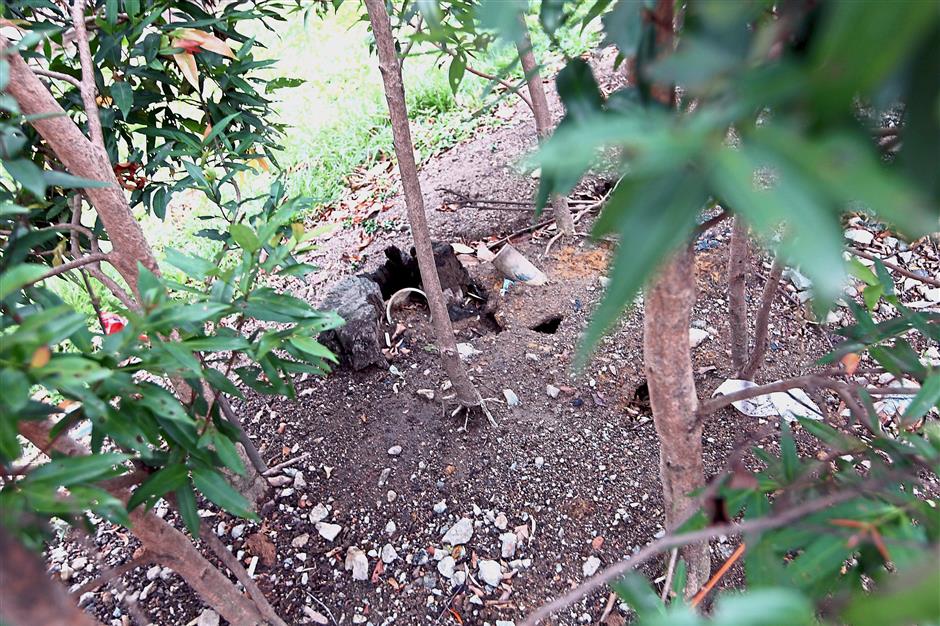 Rat burrows such as these can be found around the Desa Sri Hartamas commercial area.

“Wastewater from the kitchen flows onto the back lanes, causing food scraps to rot on the road.

“To make matters worse, some workers pee in the back lane, causing a stink,” she said.

“I have complained to Kuala Lumpur City Hall (DBKL) many times, the latest on July 18.

“A DBKL officer responded and said that they found one rat burrow in front of a restaurant and have taken action.

“There are hundreds of burrows all around the area. The problem needs to be tackled on a much bigger scale. 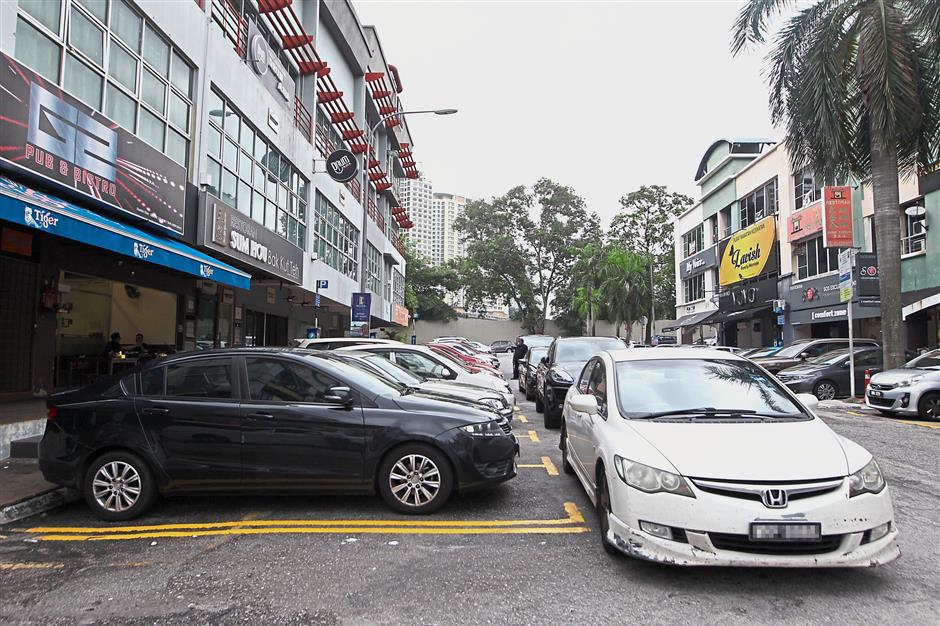 “If you go to the back lanes of these restaurants you will see that most of the time, cleaning, washing and sometimes even cooking are done outside, next to clogged drains,’’ she said.

Devi said it all boils down to attitude. “There is a restaurant that keeps its back lane clean at all times. If that restaurant can do it, so can others. Enforcement needs to be stepped up.

“The number of illegal stalls by the roadside are also increasing and the authorities seem to be turning a blind eye,” she said.

“I have been working here for three years and the rat problem has always been there. You can even see rats running inside restaurants while you eat,” she said. 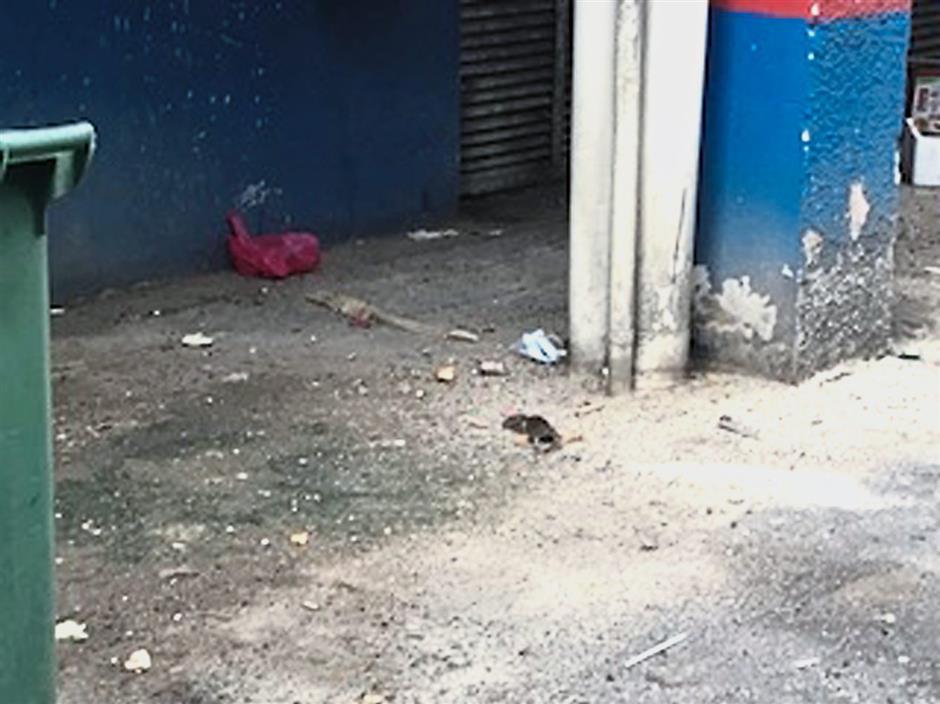 The rat infestation stems from poor hygiene and sanitation.

Faridah added DBKL seems to be oblivious to the problems facing the commercial centre.

“City Hall parking bays are limited and the open carpark at the abandoned construction site is filled by 9am on weekdays. Double-parking is common.

“The parking rate was revised to RM1 per hour, more expensive than areas like Taman Tun Dr Ismail and Bangsar which is only 80sen.”

Public transport here is scarce and most workers have no choice but to drive. A season pass costs RM160 per month. Washing and preparing food in the back lane endangers the health of patrons.

“This area is in need of a multi-level carpark,” said Faridah.

Litigation secretary Aruna Nagayam, 50, said many of their clients have complained about the dirty surroundings and lack of parking space.

“It is very embarrassing as this is supposed to be an affluent area,” she said. 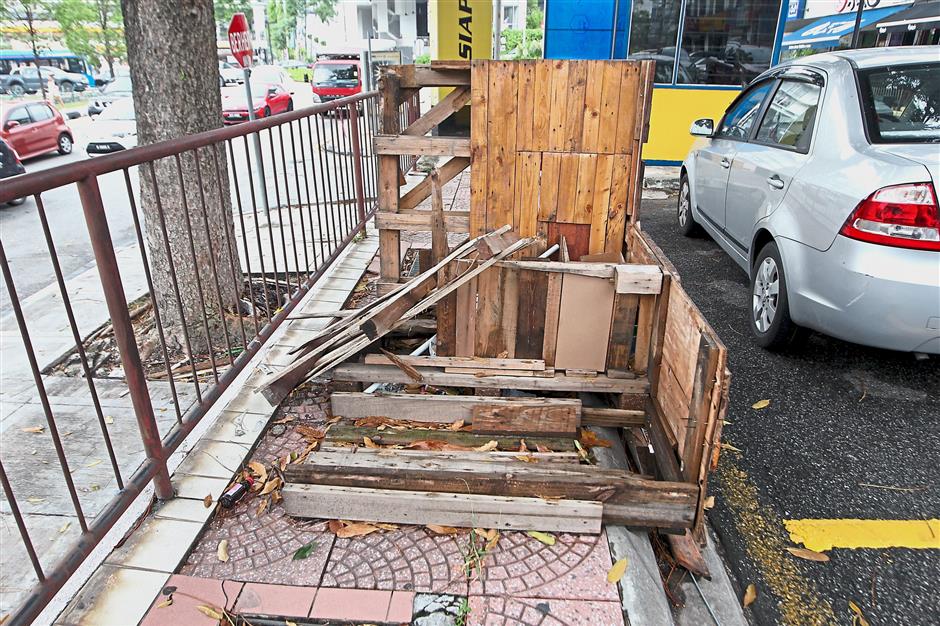 Wooden pallet boxes left on the sidewalk are ideal hiding places for rodents.

“The rat infestation stems from poor hygiene and sanitation in the restaurants and back lanes.

“We will send a team tomorrow to see what more can be done to improve the situation,” she said.

Please do not forward old pictures and videos of dirty eateries taken several months ago or those involving restaurants in other countries. 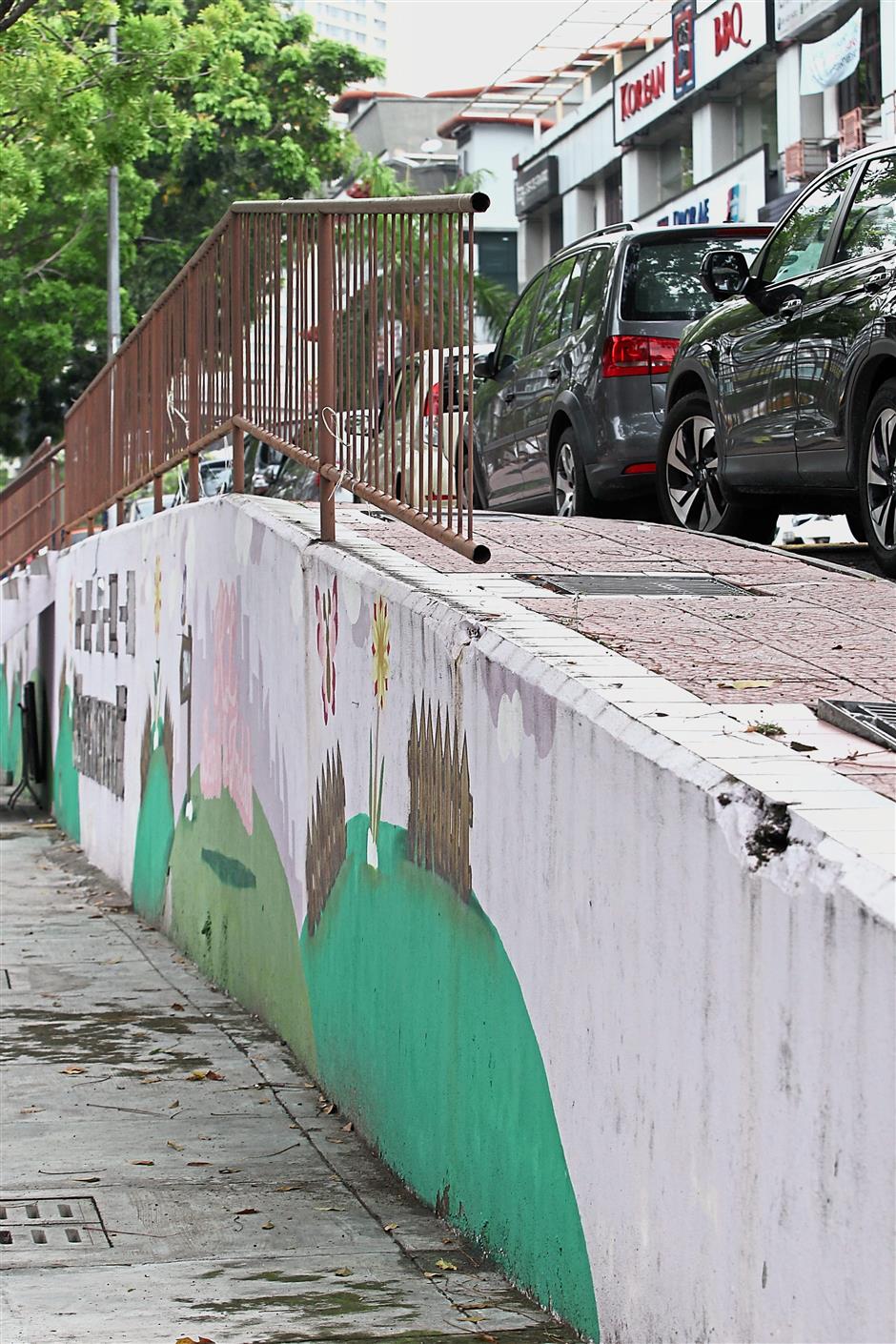 Send us only recent or fresh incidents of dirty eateries.

Please include your name, contact number, the restaurant’s name and its full address and send to metro@thestar.com.my, and your your information is confidential.