The performers comprise youths who are either physically disabled or suffer from hearing impairment.

Their unique stunts and performances attracted and wowed the audience.

The talented youngsters, some wheelchair-bound while others deaf, stole the hearts of the crowd with their great performances. 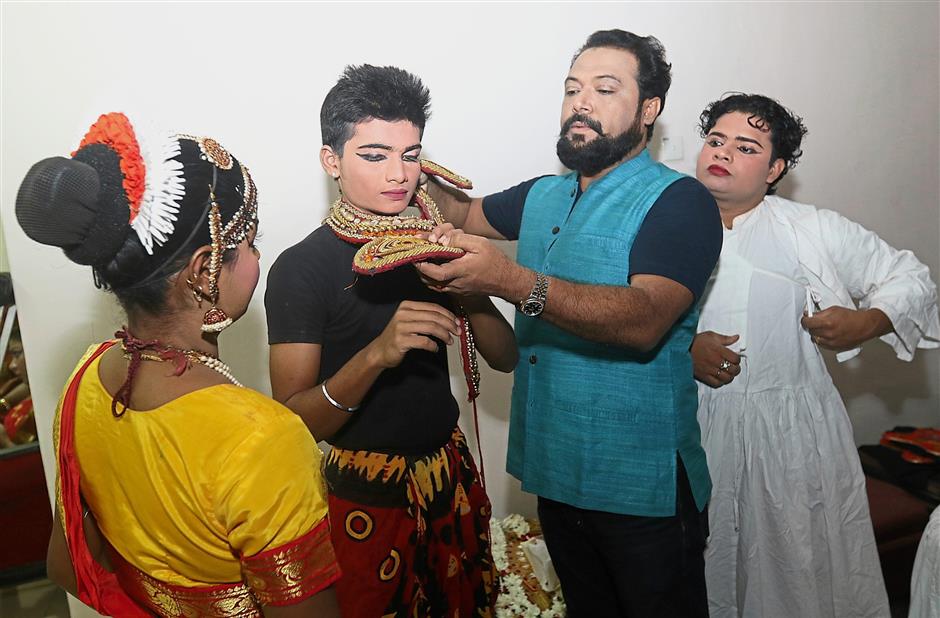 Dr Syed (with blue vest) helping to adjust the outfit of one of the performers.

Under the guidance of innovator and director Dr Syed Sallauddin Pasha, the differently-abled youngsters showcased their talent with dance performances on various art forms like Sufi, Bharatnatyam and Bollywood.

The show kicked off with Ganapathy Vandana, an invocation to Lord Ganapathy, the Hindu God of all beginnings. A candid shot of a scene behind the stage.

Dr Syed said the group had performed at major dance festivals around the world, including presenting a spellbinding performance at the House of Commons in London, England, and at the Rashtrapati Bhavan in New Delhi, India. 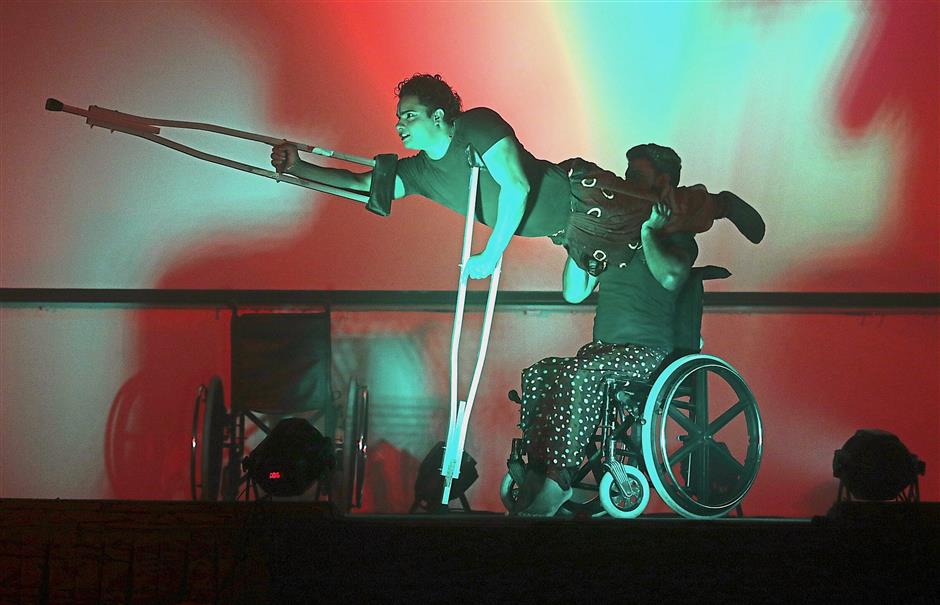 (Above and below) Crutches become important dance props in the hands of these talented dancers.

Their wheelchair performances had won accolades in many countries such as United States, United Kingdom, Canada, Italy, Russia and Oman.

“The performers comprised 11 people, where six of them are physically disabled and five are hearing impaired,” he said.

The event was organised by MySkills Foundation who is raising funds to build a youth centre for dropouts in Kalumpang, Hulu Selangor. Its director S. Pasupathi said the event was also organised in other parts of the country.

“This is our second time bringing this group here after they had performed excellently in their last visit.

“They spin to modern music with ease and perfection, but what sets them apart from other dance troupes is that they comprise confident youngsters who are bound to wheelchairs and crutches. An awesome acrobatic pose during the show at the Politeknik Seberang Prai near Bukit Mertajam.

“Even though they are differently-abled, they have achieved near-stardom with their synchronised and dazzling performances. These young dancers have turned their disabilities into their greatest abilities,” he added.