Much ado to mark FT Day

Tengku Adnan (right) looking at a model of a Rumawip project in Kuala Lumpur. — Bernama

“You may not be born in the Federal Territory but as long as you are living and working here, we welcome you to celebrate with us and take part in the programmes we have organised,” he said.

A total of 35 programmes will take place in Kuala Lumpur, Labuan and Putrajaya throughout the month-long celebrations.

This year’s signature programme consists of kenduri sessions, one at each parliamentary constituency on different days.

The minister said the entire celebration had been budgeted at RM3.37mil, the lowest in five years.

In conjunction with this celebration, there are several pertinent aspects to examine. 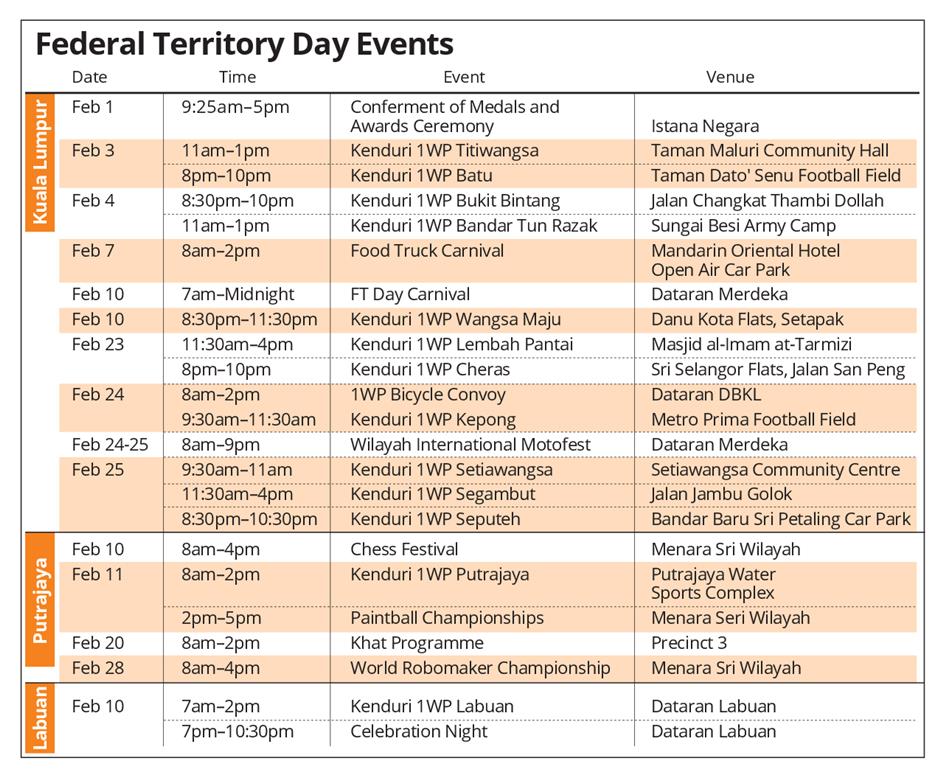 Commenting on the current progress of the three territories, Tengku Adnan said each city had developed its own identity.

“From the economic aspect, Kuala Lumpur has become an important tourist destination when it made it to the global travellers’ list of “Top 10 Cities” to visit in Asia.

“It also ranks second as the most liveable city in South-East Asia.

“Labuan has made its impact as an international financial centre as well as oil-and-gas hub, while Putrajaya has defined itself as an administrative city.”

“Of the 80,000 Rumawip units planned, 3,994 have been completed. The PPA1M in Bukit Jalil, Kuala Lumpur, was completed 17 months ahead of schedule and 500 units have been handed over to their buyers,” he elaborated.

A programme under the Federal Territories Foundation is also available to help first-time home owners who qualify for the housing schemes but are unable to obtain housing loans.

To ease the financial burdens of families in People’s Housing Programme and public housing schemes, free bus services for students is provided.

Those living or working in the Federal Territories are also eligible to apply for Kad Ceria, a discount card. 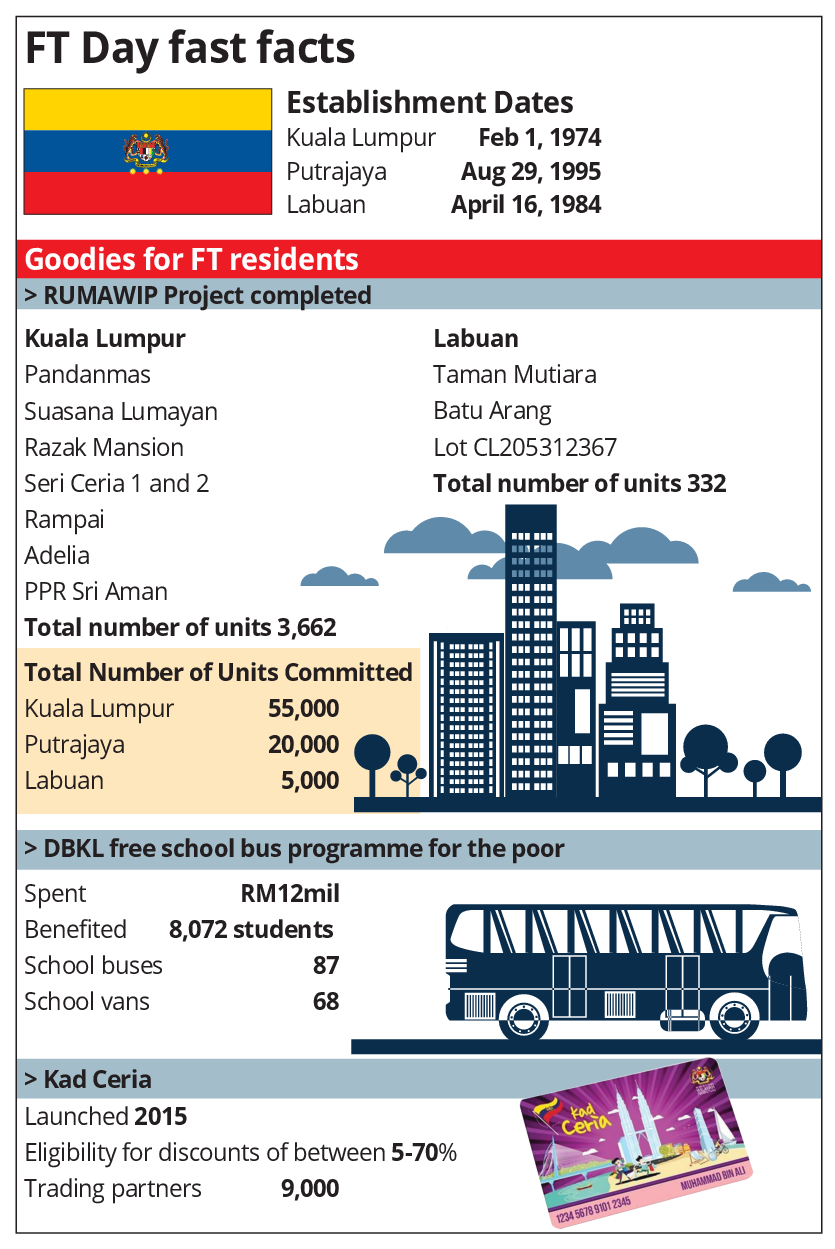 Touching on the prickly subject of traffic congestion, he said there was no way of eliminating the problem completely.

He disclosed that the ministry has brought up the matter with Land Public Transport Commission (SPAD) to hasten the progress for LRT3 and to upgrade existing rail services in Kuala Lumpur.

At the same time, he urged the public to make use of Go KL, a free bus service plying the city centre.

He added that a solution to alleviate traffic from the central business district had been con­figured into development plans – decentralisation, which means having shopping centres, enter­tain­ment outlets and recreational faci­li­­ties out of Kuala Lumpur city centre and into surrounding townships like Kepong and Wangsa Maju so that residents there need not travel into the city centre to unwind.

On the pervading issue of poor hygiene among hawkers and general cleanliness of food centres, Tengku Adnan said he would look into problem areas such as Seputeh, Sri Hartamas and Damansara to see what can be done.

But rather than resorting to enforcement first, he said there was a need to understand the situation behind the problem beforehand.

“We are asking our personnel to be more attentive.

“If a drain is clogged and smelly, there must be something wrong. Either there is a blockage somewhere or grease traps are not being serviced properly.

“We will also get Alam Flora to help us solve the problem,” he added.

Efforts to increase the population base in Labuan is under way to bring about a bigger economical impact to the duty-free zone and mid-shore financial centre.

The Federal Territories Minister revealed that latest development plans included a bridge connecting the island of Labuan to the Sabah mainland, an annual international powerboat race to be televised in 150 countries and a transformation plan for Labuan’s financial services industry.

Labuan will also see its first PPR project in Batu Arang. A government subsidy of RM173,000 has been allocated for each unit. A total of 500 units will be built and rented out for a monthly fee of RM124.

Another 160 single-storey terrace houses for civil servants under the PPA1M housing scheme will also be built in Batu Arang. A subsidy of RM3mil will be allocated for this project that allows those in the civil service a chance at homeownership as the houses will be 40% cheaper than market price.