Forever proud to be Anak Malaysia

dR Sam started off as a busker in the early 1973 when he studied A-Levels at the Waltam Forest Technical College, England.

HE CREATED a phenomenon with Saya Anak Malaysia, which became synonymous with National Day and Malaysia Day celebrations – a song still played to this day.

Salim Ibrahim or dR Sam Rasputin, as he is popularly known, popularised and co-wrote the patriotic song with singer/composer Datuk M. Nasir in 1986.

“I am glad that the young generation likes this unity song, especially when most are not listening to Malay songs nowadays.

“The song is about the story of my life, where I came from and how proud I am to be a Malaysian,” said the 64-year-old singer at the small shop he runs in Masjid Bukit Indah, Ampang, Selangor.

dR Sam, who had five albums under Polygram Records, said he was full of pride each time the song came on air.

One of the scenes in Kembara Seniman Jalanan where dr Sam (right) acted alongside M.Nasir.

“Say what you want but deep down, Malaysians are united.

“No matter what issue we face, we manage to overcome it.

“It is songs like Saya Anak Malaysia that hold us together. We need more patriotic songs like this.

“During my time, we listened to patriotic songs because we love our country,” said dR Sam, whose other hit song is Esok Hari Raya.

At the height of his fame, dR Sam dressed in Rastafarian clothing and sang reggae songs.

Today, he has a long beard, wears a white robe and is involved in the Tablighi Jamaat movement (global Islamic revivalist movement promoting orthodox Sunni) and conducts religious talks.

He also runs a shop in the vicinity of Masjid Bukit Indah selling health and religious products.

“All the memories of being a singer still remain in my heart.

“I have no wish to sing again and relive my old lifestyle,” said dR Sam, who acted in Kembara Seniman Jalanan, Mekanik and Kepala Angin.

He quit show business after performing the haj in 1990.

dR Sam's 'Saya Anak Malaysia' album was a collaboration with his Musafir group and was released by Polygram Records in 1986.

After his return from Mecca, he decided to join the tabligh movement and there was no turning back.

dR Sam said he would not trade his present life for anything.

“I have found the real meaning of life. Whatever we have now is a loan. We are living on borrowed time.

“My life is more calm and happy now. That’s enough for me,” said dR Sam, who started off as a busker in 1973 while studying A-Levels at Waltam Forest Technical College in England.

Two years after graduating, before he left for Germany, he decided to become a busker full-time.

“I could get RM100 a day as a busker. I travelled quite a bit in Europe and finally came home after five years.

“I formed Kutu’s Nest in 1978 with two friends, Ros and Nirwana, and busked around Damansara and Petaling Jaya,” said Sam, who met his wife Fauziah Mohd Yunos during one of his stints and got married in 1981.

The idea of commercialising the dR name came during this time.

“We wanted a catchy name. The dR seemed to be a good idea so we are known as dR Sam, dR Ros and dR Nirwana,” he said.

As for the second name “Rasputin”, it was the idea of show promoter Ali Bakar when introducing him during a Panggung Anniversary concert in 1980.

“I was a newcomer and Ali introduced me as dR Sam Rasputin, after the song by famed group Boney M. He also had a gimmick.

“I had to throw two chickens to the crowd when I came out. Guess whose picture came out the next day?” said dR Sam, who shared the stage with the likes of Tan Sri SM Salim, Datuk Sharifah Aini and Jamal Abdillah.

But now, fame is a thing of the past.

“My life has changed for the better. I am not worried if my old fans do not like me anymore, but I am worried if God hates me.

“I was never rich at any point of my life, so living a modest life is fine with me,” said the Negri Sembilan-born, who was raised in Kelantan and Johor.

He continues to be known as dR Sam. He had an awakening in 2000.

“I was praying in a mosque when a friend gave a new meaning to my initials. 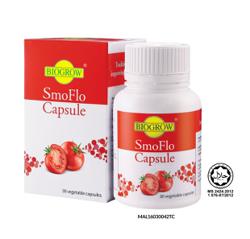 Staring at a screen all day? Tips for keeping dry eye at bay