More than just feeding the homeless

Among the many ways Kechara Soup Kitchen project coordinator Justin Cheah has thought up to lend a hand to the homeless and underprivileged families is the sewing together of materials to create quilts and blankets as well as weaving together old t-shirts to create rugs and handbags that will be sold to supplement their income. -Art Chen/ The Star.

A DECADE ago, Justin Cheah was living a contented life with a steady job, good career prospects and no commitments to tie him down.

But a night visit to help feed the less fortunate on the streets changed everything for the project director of Kechara Soup Kitchen.

Within a year, Cheah had given up his comfortable career in banking and signed up with Kechara full-time.

“I was inspired by Kechara’s founder, Tsem Rinpoche, who related his struggles at the age of 16 in Los Angeles and the two weeks he lived on the streets with no food or money and how he was attacked at one point when he was homeless.

“He identified me as someone who could do something more meaningful with my life.”

Cheah’s desire to feed the homeless has since turned into a passion project. He lends a hand to those in need and gets them back on their feet.

This ranges from helping underprivileged families in hospitals to enabling them to have supplementary income.

In his personal capacity, Cheah continues to give and think of new ways to change the lives of those he has helped during his free time.

As well as keeping them on track, he helps educate children from underprivileged families, stressing the importance of studies to improve their circumstances.

A phone call at 2am following a long night of feeding the homeless is not uncommon for Cheah.

It was a call that led to him helping a mother and son who had been living in a 24-hour fast food outlet in Mutiara Damansara, Petaling Jaya, for more than a year.

He immediately set out to find accommodation for the pair, known only as Mah, 61, and her son Wong, 23.

“Mah was working as a cleaner but she’d lost her job and it was a downward spiral from there,” said Cheah.

“Her son, who dropped out of school when he was in Year Six, was also unable to get employment so they were forced to live on the streets of Kepong and Mutiara Damansara.

“I rented a room for them at a hotel in Jalan Imbi and later found them an apartment in Kepong,” he said.

Cheah added that he wants Wong to go for coding classes as he has an aptitude for numbers.

“They are from a broken home and no longer have a good relationship with their family,” said Cheah, citing them as an example of what forces some people to live on the streets.

Mah and Wong’s case is just one example of the difference Cheah has made in the lives of the less fortunate.

“I have never looked back since joining Kechara.

“It is very fulfilling, giving someone food, helping them get into a rehabilitation centre, providing shelter or finding them a job.” 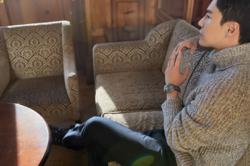 'Changes the perspective you have on time': Lawrence Wong on enduring lockdown 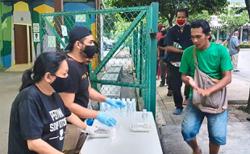