Tips for visiting the Greek islands, from a travel expert on Greece 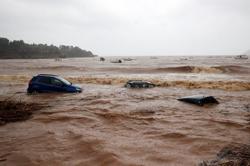 Limnos lies at the very top of the north-east Aegean. — Photos: GNTO/dpa

Of the more than 3,000 Greek islands, a good 100 are inhabited. And Klaus Botig has been to most of them.

“I know 87 islands and each one is great in its own way.

An expert on Greece, he’s written about 70 travel guides about the country in the Mediterranean, and he says he has travelled there about 270 times. So who would know better which islands are the perfect introduction for newcomers to Greece?

Because if you believe the tour operators, many holidaymakers are heading there this summer, and demand is increasing. Here are Botig’s island tips for Hellas newcomers – and an insider tip for everyone else.

Botig has an anecdote about Kos. He once flew there from Crete and then took a taxi to Kos Town, 25km from the airport.

“I started talking to the taxi driver and told him about Crete – that there were more museums and more ancient sites than in Kos, and that the mountains were higher.”

The taxi driver simply asked, “Why are you travelling around? Do you want to see museums and mountains or meet good people? You’ll find them here.”

Find is a bit of a keyword here, because Kos is a very touristy island. A ratio of 80% tourists and 20% locals can be seen here in summer, Botig estimates.

But for newcomers who have already spent their holidays in Italy or Spain and are now going to Greece for the first time, it’s a good travel destination.

It’s also great for families. “There are some very beautiful beaches and the distances are short,” meaning the kids won’t have to sit in the car for hours on end. There are plenty of places to go to, from the ancient site of Asklepieion or the Zia Natural animal park to the Aquatica water park or the sandy beaches in the south of the island with illustrious names such as Magic Beach and Exotic Beach.

Those who like to be more active while on holiday can explore Kos by bike. “This is where the best cycle paths in Greece are,” says Botig. 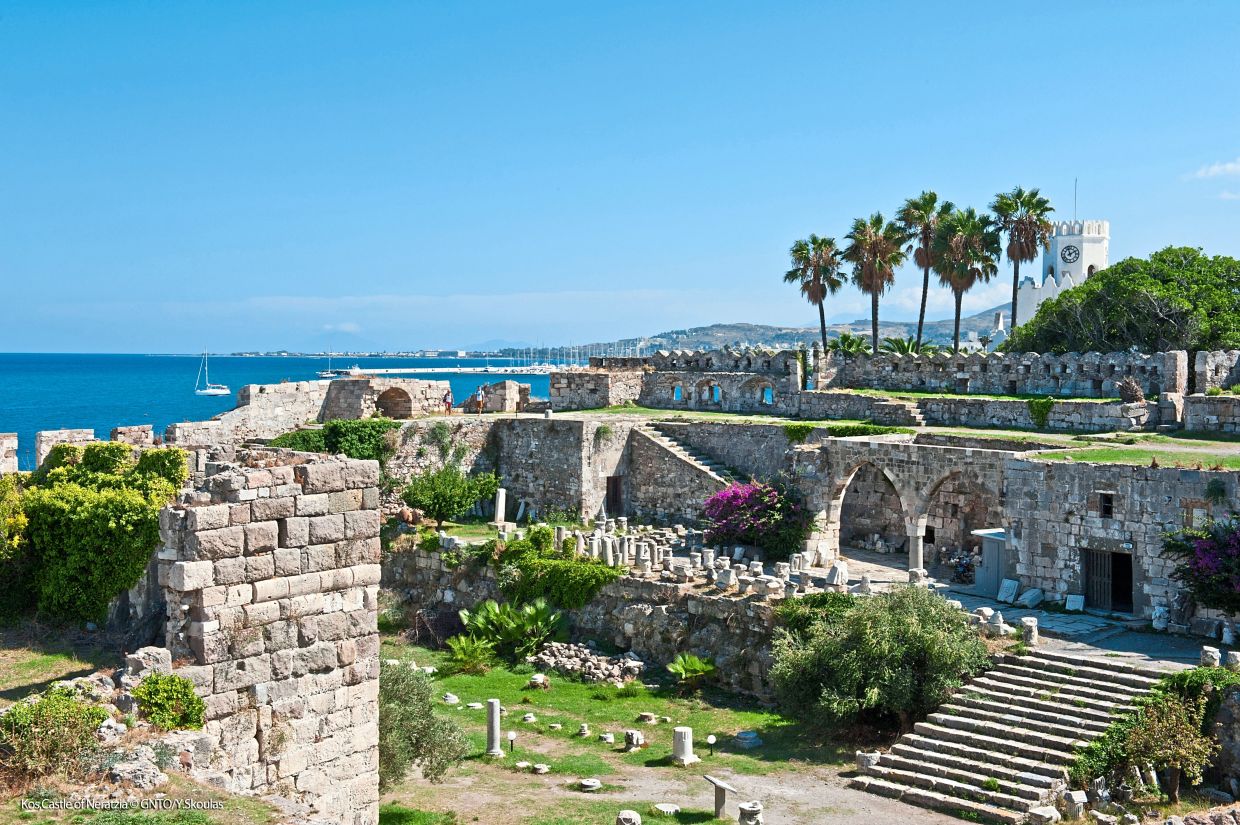 The medieval fortress ruins of Neratzia are located at the harbour of Kos Town.

The island in the far north-west of Greece offers some Italian flair. That’s because of the Venetians, who ruled here for a long time and shaped the architecture – including building the first theatre in Greece.

Botig enthuses, “Corfu Town is one of the most beautiful island towns,” ... with the old town winding through several bays along the coast.

The Venetians also left their mark on the landscape. Because they needed oil for their lamps, they planted olive trees all over the island – which are still standing, and are now hundreds of years old.

According to Botig, these are ancient olive forests. Especially in the northern half of the island, winding and hilly roads lead up and down through narrow olive groves.

“It’s almost like riding a roller coaster,” he shares.

Corfu doesn’t have the ruggedness of the Aegean, the author says. “That’s why I’d recommend it to any beginner.”

When it comes to the beaches, however, Corfu is not so ideal. Especially where most of the hotels are located, the beaches are very pebbly, he says.

His advice: “Be sure to take some water shoes with you.”

Great beaches, lots of green, ancient sites, a wide range of sports including the “best riding stables in Greece” – these are the top things Botig lists about Rhodes. You could say the island has something for everyone.

That’s also true of the island’s capital, which has the one of the largest and best-preserved old towns in Europe, Botig says. “There are only two new-build houses there.”

The city of Rhodes has a number of bars and tavernas that he can recommend, he adds. Those who like good food are in perfect hands there, he says, and there’s also a decent nightlife.

If you know almost 90 Greek islands, you will of course be asked for an insider tip. Botig then names Limnos, in the northern part of the Aegean Sea.

“It’s mostly only Greeks that go there for a holiday,” he says, and the island is therefore not too overcrowded.

And this despite the fact that you can visit the ruins of Poliochni from the Bronze Age here, more than 4,500 years old. Poliochni is considered the first urban settlement in Europe.

Limnos is comparatively inexpensive and offers good conditions for windsurfers and cyclists, says Botig. However, you can only get there with a stopover in Athens or Thessaloniki, and travel onwards either with a domestic flight or ferry. – dpa