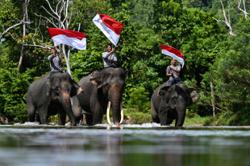 There is almost never a long queue to get into the Louvre in Paris these days. — AFP

Paris, bristling with the bustling crowds of tourists around the Eiffel Tower and Louvre after the pandemic all but emptied the city of foreign holidaymakers, is now trying to get tourists onto bicycles and onto the road less travelled.

The French city’s new “discovery tourism” campaign is designed to lead guests to more hidden attractions, shops and landmarks and at the same time relieve overcrowded districts like Montmartre and Marais, the tourism office in Paris announced in June.

The problem for the French capital is that everyone wants to see the Eiffel Tower on their first visit. Only on subsequent trips are visitors usually keen to explore other aspects of Paris.

The city now wants to make other, less-explored parts of the capital more welcoming to tourists by supporting the development of new hotels in non-tourist districts and setting up numerous more stations for parking bicycles.

The city is planning around 180km of additional cycle paths to be created to make roads less daunting to foreign cyclists.

The city announced that important tourist areas in Paris will also be redesigned to offer visitors more space in the future. This is planned in the vicinity of Notre-Dame Cathedral, which is to be restored by 2024 after the fire that ruined much of this national landmark.

The lower area of the Champs-Elysees boulevard is also set to become more accommodating to tourists. Paris also wants to make the area around the Eiffel Tower and the nearby Trocadero Square more practical with features like luggage storage for tourists.

This plans come as tourism in Paris is rapidly picking up again after a major slowdown during the pandemic. After 38 million tourists in 2019, around 33 million guests are expected this year, said the director general of the tourism office, Corinne Menegaux.

The city’s more expensive hotels are already well occupied, and the influx from the United States is almost back to the level before the pandemic. One new trend is that visitors are staying a little longer in the city. – dpa 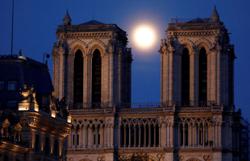 No monkey business on this Malaysian-owned estate in London
How a hotel satisfaction promise has led to more discontent
For some Americans, Europe is the best budget-friendly place to visit this year
If you're a Lego fan, you should visit its birthplace in Billund, Denmark
Malaysian experiences a zen-like moment at a magical temple in Japan
Kampung Laut Heritage Site in Kelantan is open to visitors
New Rwandan eco-tourism park restores urban ecosystems in the city
Why Malaysians should visit Jeju, South Korea's idyllic holiday island
7 attractions in France where Malaysians can avoid the Paris crowd
Achieving carbon neutrality at a beach club in France