Work from anywhere: Best workcation destinations around the world With working from home and online meetings now an option for many companies, office workers around the world have been making use of their new-found freedom to roam.

After all, once labour law and legislation have been clarified, you can basically open up laptop anywhere with a stable Internet connection.

A “workcation” encompasses work and vacation time, offering both adventure seekers and those seeking peace and quiet tempting opportunities to get their job done regardless of location.

In addition to parts of the world long since taken over by digital nomads, such as Thailand or the Canary Islands, new co-working offices are also being established in a number of other places – from a floating garden to Santa Claus’ homeland.

A spring awakening in Madeira

Due to its pleasantly warm temperatures, Madeira’s flowers are in bloom all year round. The floating garden in the middle of the Atlantic welcomes those looking to work remotely with open arms, including the launch of the publicly funded project “Digital Nomads Madeira Islands”.

The project is based in Ponta do Sol on the south coast, a town of 8,000 souls that’s always catered to sun-seeking visitors from all over the world.

“We’ve made improvements to the stability and speed of the internet and created community workplaces,” says project manager Micaela Vieira. In addition to other locations in Santa Cruz, Machico and the island capital Funchal, people can also be work on the sister island Porto Santo – long sandy beaches included.

Hannes Trettin and Toni Gurski from Rugen, an island in the Baltic Sea, made their dream of a co-working community come true two years ago in the small village of Lietzow.

The site of Project Bay co-working is nestled on the beach of the lagoon in the heart of Germany’s largest island.

Across Germany, more and more rurally located co-working spaces offer great opportunities to combine work with a touch of holiday, especially in the summer months. Under the umbrella of the CoWorkLand cooperative, more than a hundred co-working spaces are unified – from Lake Ammersee in the south to Schlei in the north.

While late autumn in Germany tends to be grey, it’s glorious spring in the southern hemisphere. The island state of Mauritius is a paradise: Part of the Mascarene islands, the island nation is around 800km east of Madagascar – and is a dream destination for many.

Long-term visitors who can work from anywhere can apply online for Mauritius’ “Premium Visa”. It’s free of charge, valid for up to one year and only subject to a few conditions.

Silent winter expanses under the dancing Northern Lights mean a whole world of leisure sports opportunities await in the far north of Finland, before or after the working day.

“We are seeing more and more visitors working remotely from here, even in the summer,” says Heidi Kristiina Siira. Together with two colleagues, she founded the co-working office Kohta in Akaslompolo two years ago. It’s located in the popular ski resort of Yllas.

If you still have things on your wish list, you can submit it personally to Father Christmas – a good 170km to the south – and schedule a workcation in Rovaniemi. – dpa 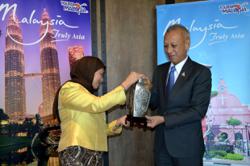 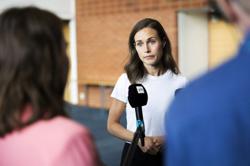