Malaysian woman goes on an eye-opening solo travel in Scandinavia

The writer discovered that snow in Nyhvn is very different from the ones in the other Scandinavian cities. — Photos: CHINPEI LIM

We all miss travelling, but we can always reminisce the good old days when we could holiday without a worry. We’d love to hear what made your trips so special. Your story – experiences, tips, advice – should be 700 to 800 words long in Word or Text format. Please attach some photos (1MB, captioned) in a separate email. There is no payment for submissions, and we reserve the right to edit all submissions. Email star2travel@thestar.com.my with the subject “Readers Share”.

When I was a flight attendant, I went to many different destinations for work, but never once did I think that I would actually go all by myself to somewhere so far away from home – Scandinavia.

While planning for my trip, I did not get much encouragement from friends and family. People around me were not supportive of my decision to travel solo (for a few weeks!) to a place that was pretty much on the other side of the globe.

But that did not steer me away from my plans and I went ahead with my trip. This was in January 2018, way before the pandemic happened.

ALSO READ: How to see the world as a solo female traveller

I first flew to Stockholm, the capital city of Sweden, and before we landed I took a peek out the window on the plane. I was shocked to see frozen sea water; the surrounding area was also covered in snow.

However, as soon as I disembarked from the plane, I felt so happy – the place was everything I had imagined a Scandinavian country to be. The city was so clean and I felt relaxed and safe there, though I must say everything was expensive.

I visited five countries throughout my trip – Sweden, Norway, Finland, Denmark and Estonia – and each place has its own memorable characteristics. The writer, seen here at one of the islands near Stockholm, thinks that every woman should try to make a solo trip at least once.Stockholm, for example, is made up of about 2,000 islets so it is not hard to see why so many Swedes own a boat.

Bergen in Norway is one of the rainiest cities in Europe (maybe even the world!) – it was either raining or snowing every day when I was there.

Helsinki in Finland had the highest snowfall among all the cities I visited. The country is also where Santa Claus is said to have come from.

As the birthplace of author Hans Christian Andersen, Copenhagen in Denmark was just as magical as his stories.

Tallinn is the strikingly beautiful capital of Estonia, and I am glad I took a day trip there after a friend from Stockholm recommended it. We went to the old quarter in Tallinn, which was dotted with a lot of beautiful churches, museums, and government offices housed in old buildings.

Throughout my adventure, apart from the weather, the other thing I had to quickly acclimatise with was time. In some of the cities, the sun started setting as early as 2pm so the nights were really long!

I also had to brave the snowstorms sometimes just to get some food, and in the dark too, even though it was still in the afternoon. There were also times when it snowed so much that my boots were covered in snow, making it really difficult to walk.

While I was walking through the 17th-century dock and canal in Nyhavn, Copenhagen, I discovered that snow came in various textures. Unlike the flaky ones in Helsinki and powdery types in Tallinn, the snow in Nyhavn was round, hard and densely packed, kind of like bullets. I could actually hear the sound of the snow hitting my jacket.

But, although these scenarios sound like a nightmare, I actually really enjoyed the experiences as they brought out a side of me I never knew existed. I never knew I was that brave or determined.

And even though I was alone, I did not feel lonely as I constantly made friends in every place I went, who enriched my journey with tales of their lives and hometowns.

My solo trip went smoothly and I did not encounter much of a problem. I had earlier expected to come across some obstacles or challenges while planning the holiday but thankfully, everything went fine.

I met some amazing locals and made friends with some of them, while my Airbnb accommodations were hosted by wonderful folks. The different weather conditions made the experience even better.

I can’t help but to think that if I hadn’t gone on this trip, I would have felt really sorry for myself (especially since we have been restricted from travelling for almost two years now).

So ladies, I suggest that you go on a solo trip at least once in your life. Make sure it is to a place that’s safe and welcoming – I highly recommend the Scandinavian countries. 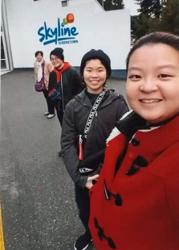 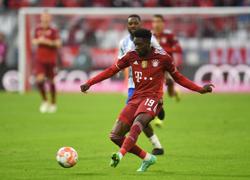 Malaysian mother feels young again on New Zealand trip with three 'kids'
Major cruise companies record boost in business and bookings
Orang Asli settlement at Gua Musang to be turned into tourist attraction
Getting Malaysians to see Malaysia from a tourist's perspective Premium
Can Malaysians really be tourists in their own country? Premium
Interstate travel: Malaysian bus operators worry about maintenance
Hollywood Boulevard makes a strong tourism comeback
Poor job prospects for tourism workers in Malaysia and globally
Wild horses in Bosnia and Herzegovina: Tourist attraction or pest?
What it's like to work at an indoor ski slope in Germany