The writer at the site where American pioneer legend Wild Bill Hickok was said to have been shot. — Photos: KALA RASIAH

Write to us We all miss travelling, but we can always reminisce the good old days when we could holiday without a worry. We’d love to hear what made your trips so special. Your story – experiences, tips, advice – should be 700 to 800 words long in Word or Text format. Please attach some photos (1MB, captioned) in a separate email. There is no payment for submissions, and we reserve the right to edit all submissions. Email star2travel@thestar.com.my with the subject “Readers Share”.

My long-held fantasy of the American Wild West became a reality in May 2019.

I grew up on a diet of stories of the Wild West and its cowboys, Indians (or in today’s terms, Native Americans) and pioneers. As a teen, I used to sneakily read my elder brother’s collection of Western novels.

Half a century later, I finally got the chance to live out my fantasy of seeing the Wild West in real life, when three friends and I set off on a journey covering the spectacular canyons and national parks in the United States.

Williams, Arizona lies along the famed old Route 66 which leads to the Grand Canyon. There, I came face-to-face with all the legendary, famous and notorious folks I used to read about in my books. Well, sort of.

You see, we had stopped at an eatery in Williams for a bit. I sat at the counter, and saw beverages named after Annie Oakley, Jesse James, Buffalo Bill, Calamity Jane and Wyatt Earp, and film greats like John Wayne and Clint Eastwood, who had played Western heroes in many movies.

It made my day. I was finally in the American Wild West of my dreams. 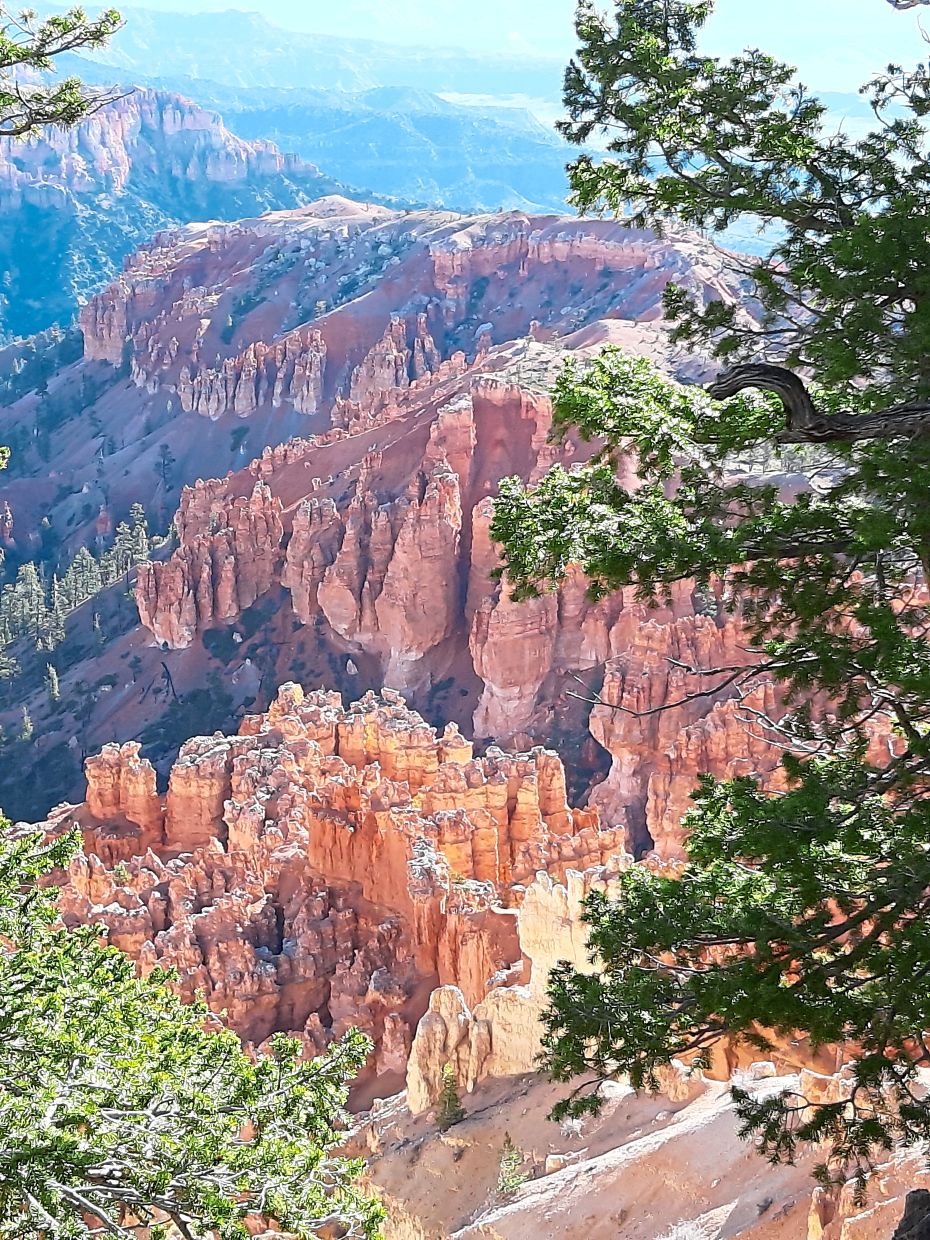 Bryce Canyon and its hoodoos.We also went to a trading post at a rest stop. That trading post was a reminder of the importance of old-time sundry shops. In the days of wagon trains and small homesteads, these trading posts were the mini markets of today. You could get anything you wanted there.

A poster advertising jerky sparked a rush of memories. The cowboys, Native Americans, settlers and pioneers all ate jerky, which is dried or cured meat of any animal. It was the only way meat could be preserved in the past.

Soon, we found ourselves at the Monument Valley national park in Utah, famed for its unusual sandstone formations called buttes.

Monument Valley seemed vaguely familiar. The reddish orange buttes rising out of the desert were always featured in TV serials of the 1960s and 1970s, many of which I had followed. I thought to myself, “this was the arid, desert landscape of High Chapparal, The Lone Ranger and all those John Wayne movies!”.

Excited, I peered at the monolithic El Capitan, the finger-like Mittens and the funny Three Sisters (these were the names of some of the “monuments”). I had seen them all before on my small television screen.

At Bryce Canyon, also in Utah, we saw eroded spires called “hoodoos”. These beautiful structures also seemed a little eery, but they were amazing to see.

But the canyon’s attraction does not only lie in its spires, but also the vibrant colours of its landscape. There’s bright orange, pale pink, peach, terracotta and even white; the colours change from sunrise to sunset every day.

No trip to the Wild West is complete without experiencing a country music show, so I set off to enjoy the Ebenezer’s Dinner and Country Music Show. A band played some fantastic music, many of which were old favourites. On a cold spring night, the exhilarating show kept us all warm.

Apart from a live country music show, the other thing one must experience while on a trip the the Wild West are its animals, particularly the bison and elk. I saw my first real bison on the Grand Teton National Park and could not believe my luck.

When I saw another one at the Yellowstone National Park, I was stunned by its bulk! These bison seemed relatively peaceful, as long as they were not disturbed.

I also saw my first elk while walking towards the tour bus. It was just chilling in a small yard near a cottage, enjoying the sun.

My Wild West wish list was being fulfilled one by one.

Next on the agenda was cowboys. I was thrilled to witness a real cattle round-up on the Oregon Trail. Cowboys were trying to herd the cattle into a pen but these animals had a mind of their own. They kept breaking away, as if they did not want to be herded.

The control and balance of the cowboys on their horses, plus the swirling and twirling of rope was real-time drama for me.

During a stop at Deadwood in South Dakota, we got the chance to visit the saloon where Wild Bill Hickok, a real-life frontier legend, was shot during a poker game. Hickok was a soldier, spy, scout, wagon master, gunfighter, gambler and lawman. His varied lifestyle was portrayed in the comics of the time and he became a folk hero.

Meanwhile, we also learned about the life of another legendary man, Buffalo Bill Cody. He was a top bison hunter, who killed and sold bison meat to the army. Later, he became a successful businessman and a showman.

We went to the the Crazy Horse Memorial next, a proposed mammoth stone carving of the charismatic Native American leader. The white marble monument was not complete when we were there; only his face and outstretched arm were carved then. It was my luck that while at the site, I met a living relative of Crazy Horse. The grand nephew of Crazy Horse (and grandson of Sitting Bull, another famous Native American leader) happened to be at the Visitor Centre. This was not on my wish list at all, but what an incredible bonus it was for me!

The tour ended up being far more than I had expected. I managed to see and experience everything on my wish list, and I was happy that my fantasy became a Wild West reality.

Malaysian family discovers train that runs through a market in Bangkok

Malaysian goes on a spiritual journey to Varanasi