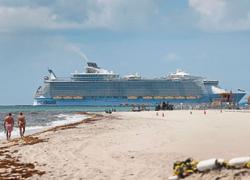 A recent survey revealed that interest in travel amid the pandemic among Malaysians is on the rise. — Filepic

Interest in travel amid the pandemic among Malaysians is on the rise, with over two-fifths (or 44.36%) of those surveyed saying they plan to travel in the next three months.

This is up from 38.52% in March and just 37.68% in February, according to a survey conducted by independent comparison platform Finder.

“This is the second month in a row Malaysia has seen one of the highest percentage of people with short-term travel plans, ahead of countries such as India and the Philippines, ” said Finder editor-at-large Angus Kidman.

The number of Malaysians planning to travel has consistently been one of the highest of any of the other countries included in the study, according to Finder’s Travel Index study.

“In May alone, nearly a quarter of Malaysians are planning to travel around the country. In June and July the percentage of people with domestic travel plans is set to taper off to just 8% and 6%, suggesting Malaysians were centering their travel plans around Hari Raya celebrations, ” Kidman explained.

However, the entire country has now been placed under a movement control order until June 7 due to rising cases of Covid-19.

This latest development has changed the travel patterns of those affected by the MCO.

“With government restrictions recently changed, your location will determine if you can actually make that trip. Our data suggests that many Malaysians are holding out hope that they will be able to travel (soon), ” Kidman said.

Finder’s Travel Index is an ongoing survey, which has so far gathered responses from 88,966 people in 19 countries.

In a separate development, AirAsia has become an official distributor of Harumanis mangoes from Perlis. The mangoes are also now shipped to Sabah.

The carrier, through its AirAsia Farm arm, has collaborated with the Agriculture and Food Industries to deliver the fruits.

As an official distributor and a platform to connect farmers directly to businesses, AirAsia Farm provides end-to-end support to the farmers.

“Our long term goal is to bring better value to benefit thousands of Harumanis farmers across Perlis so they can generate a larger income for their harvest online and hopefully across the region in the future, ” said AirAsia Farm general manager Lalitha Sivanaser.

Harumanis is a type of seasonal mango from the state of Perlis which can only be harvested once a year between April and June. Cruises to begin in US with voyages in July and August
Malaysia Airlines ASMR clip will make you miss flying and KLIA announcements
Vaccinated people are booking vacations already, when can Malaysians do so too?
Malaysian hiker shares the joy of hiking in Bukit Kiara before MCO
You can buy Scotland’s most remote pub for RM2.47mil
Does fugu sperm wine help men be 'stronger' and celebrate Father's Day?
8 most beautiful buildings you have to see to believe in a post-pandemic future Premium
Malaysian hiker goes to great heights in Everest before 40th birthday
Malaysian learns the secret to cooking good paella is...a 'magical spell'?
Malaysia Airlines passengers can donate their points to charities