Big winners in wellness tourism amid the pandemic 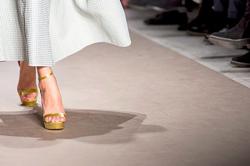 If you’re thinking of going on a staycation, make sure to include a pampering session too. — WILLIAMS ADAMS/Pixabay

The global wellness tourism sector is beginning to see a bit of a resurgence these days. As many borders are still closed, people spend more time exploring their own cities and neighbourhoods, and pampering sessions at spas, retreats and wellness centres have become part of the local holiday experience.

Spa owners and operators are aware of the need to strictly follow all health and safety guidelines, not just because it is a requirement but also to instil confidence in their clients.

In Malaysia, spas and wellness centres were unable to fully operate for more than six months in 2020, but they are now seeing an uptick in their business.

Recently, winners of the 6th Annual World Spa Awards were announced, and three Malaysian spas/retreats were named in the comprehensive list. The World Spa Awards was launched in 2015 and recognises and rewards excellence in the spa and wellness sector.

The awards aim to improve standards in the sector, while fostering business growth and development in treatments and techniques. Votes were cast by professionals working in the sector, as well as the public.

This time around, brands like Anantara, HARNN, Aman and One & Only received numerous accolades for their outlets and centres in different parts of the world.

The awards is divided into several categories, namely service types, by region and country. In the Malaysia category, Anantara Desaru Coast Resort & Villas in Johor was voted the Best Resort Spa. The Best Hotel Spa went to The Spa at Four Seasons Hotel Kuala Lumpur, and the Best Wellness Retreat was won by The Orchard Wellness & Health Resort.

The Orchard is located in Melaka and has actually won the same award four times previously.

Wellness tourism is the fastest-growing travel sector in the world. In 2019, Malaysia was one of the Top 10 wellness tourism markets in Asia Pacific. This year, industry stakeholders are banking on the sector to be a big contributor in tourism revival efforts.

Here are some of the big winners in the World Spa Awards: Global

The Hammam at One & Only Royal Mirage (UAE)

MiraSpa at The Mira Hong Kong 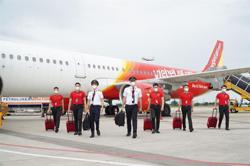