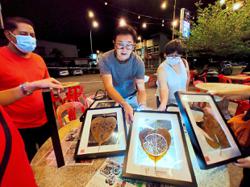 Azizah was awarded the Tokoh Kraf Negara in 2018. Photos: Filepic

In a double-storey house at Kampung Rampayan Laut in Kota Belud, Sabah, lives Pandian Sulaiman, a 69-year-old master craftswoman. She’s known for her expertise in weaving the Dastar, a traditional hand-woven cloth of the Iranun community, an ethnic group mainly found in the northern Sabah district.

Pandian runs a Dastar weaving workshop next to her home, which is officially recognised by the state government and is often on the Sabah Tourism Board’s recommended list of interesting places to visit.

At the workshop, aspiring weavers can take a course on how to make the highly sought-after cloth, while tourists and visitors can learn more about the history of the Dastar as well as the Iranun community from Pandian and her family. 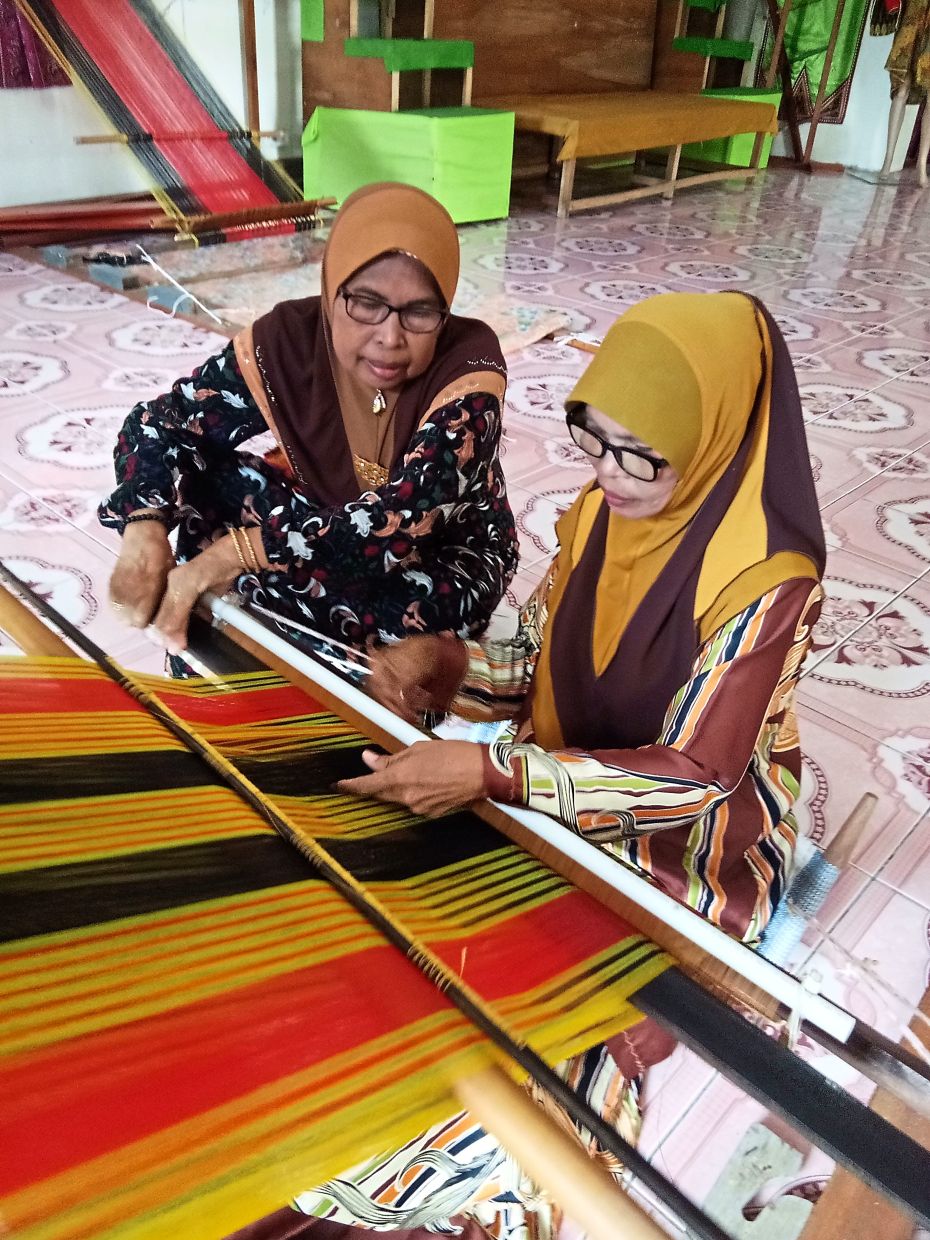 Pandian patiently teaching a student on the techniques of weaving a Dastar cloth. Photo: Abdul Kalam MukimThese days, though, not many wish to learn the traditional craft, especially the younger generation.

“It takes a while to make just one piece of cloth and it is difficult to learn. Today’s young ones are no longer interested in making this a livelihood, ” she shares during a visit to her workshop last year.

The Dastar features intricate motifs like the “kaligowan” and “tuara”, making the weaving process a little complicated, and this will definitely take a long time to master.

“It takes me about three days to finish the easier ones and a week or two to finish the more detailed designs... sometimes a month. For beginners, they would probably take a few months or maybe even up to a year to complete it, ” Pandaian says with pride. 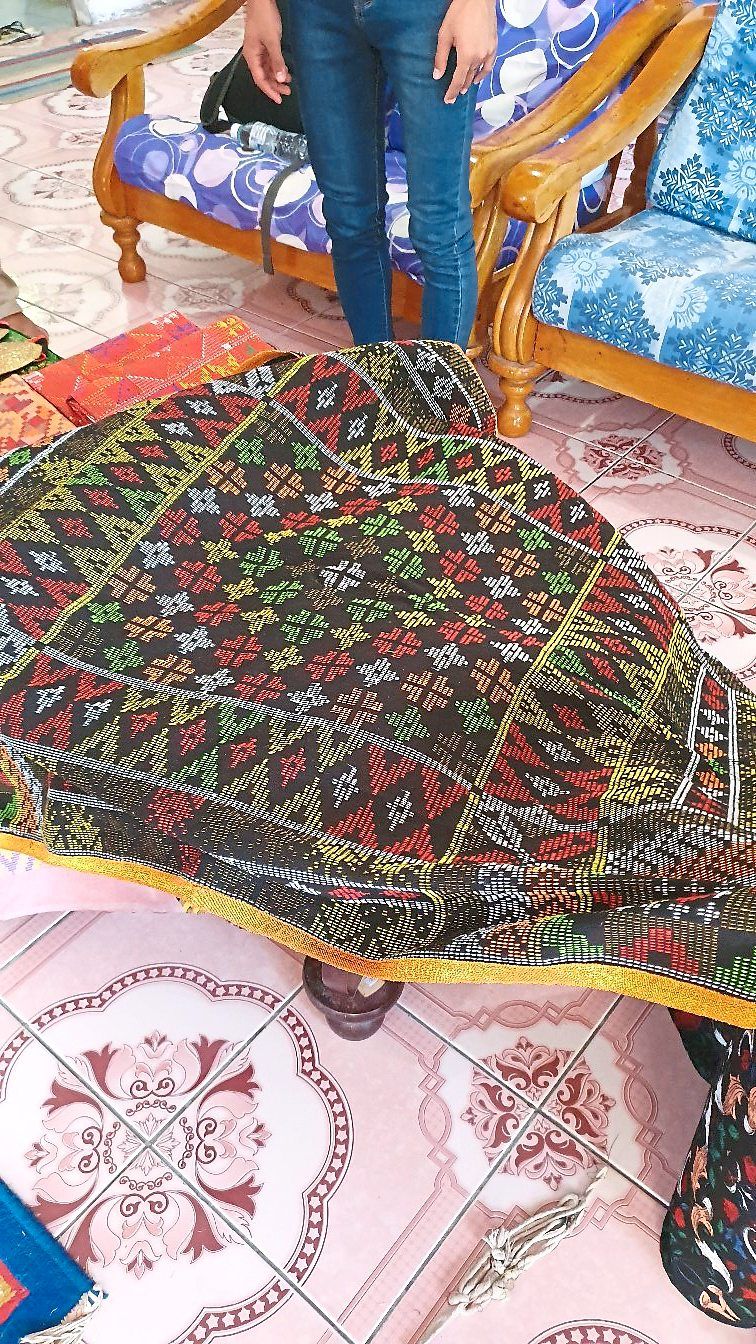 A piece of Dastar cloth like this would take several months to complete. Photo: THE STAR/ Melody L. GohIn 2006, Pandian was recognised as an Adiguru Kraf, an award bestowed upon any master craftsperson in Malaysia by the government, under the Tourism, Arts and Culture Ministry’s Malaysian Handicraft Development Corporation (MHDC).

The award was initiated in 1987 and tries to recognise at least one master craftsperson each year.

With this award, Pandian becomes a certified master craftswoman who plays an important role in the preservation of heritage arts and crafts.

Her products have been sold and exhibited all over the world, and though she is happy about that, she still worries about the craft’s future. “I want to teach the kids, but they are not interested. Some will learn for a few days but then give up. That makes me sad, ” she laments.

Here are some of the notable masters who have received the Adiguru Kraf award over the years:

The late Wan Abdullah Wan Muda from Terengganu was one of the first four recipients of the award in 1987. Born in 1914, Wan Abdullah developed an interest in the art of making copper products when he was still in school, where he learned the craft from one of his skilful teachers.

At age 28, he decided to turn it into a proper career and started learning from other copper masters. He made and sold everyday products, many of which were of high quality and design.

Ramiah Abdullah, another early recipient of the award in 1987, was a skilled Dastar weaver. Born in 1933 in Sabah, Ramiah learned how to weave from her mother and older sister.

What’s special about her skills is that she used “pineapple thread” which she produced and processed herself from the plant. She also dyed her threads naturally using organic produce. Ramiah passed down her skills to the younger women in her area, which is part of the reasons for her appointment as an Adiguru.

Azizah Mohd Yusof from Perak received her award for “seni tekat” or gold thread embroidery in 1995. She learned this craft from her mother as well as the late Ainatishah Bilal Din, who pushed Azizah to strive in the art.

Her intricate work normally features floral motifs including the pucuk rebung, asam batu and paku-pakis. Her products are usually displayed as artwork, besides being used as wedding offerings and embossed in fashion items.

On top of being an Adiguru, Azizah is also one of the five master craftspeople who has ever won the prestigious Tokoh Kraf Negara award (2018).

Born in 1948 in Batang Ai, Sarawak, Andah Lembang is an Iban pottery master craftsman, who started learning the craft from his mother at age 15. Andah first only created items based on his mother’s designs, but soon graduated to making his own, and included handcrafting detailed motifs on them. He was named an Adiguru in 2006. 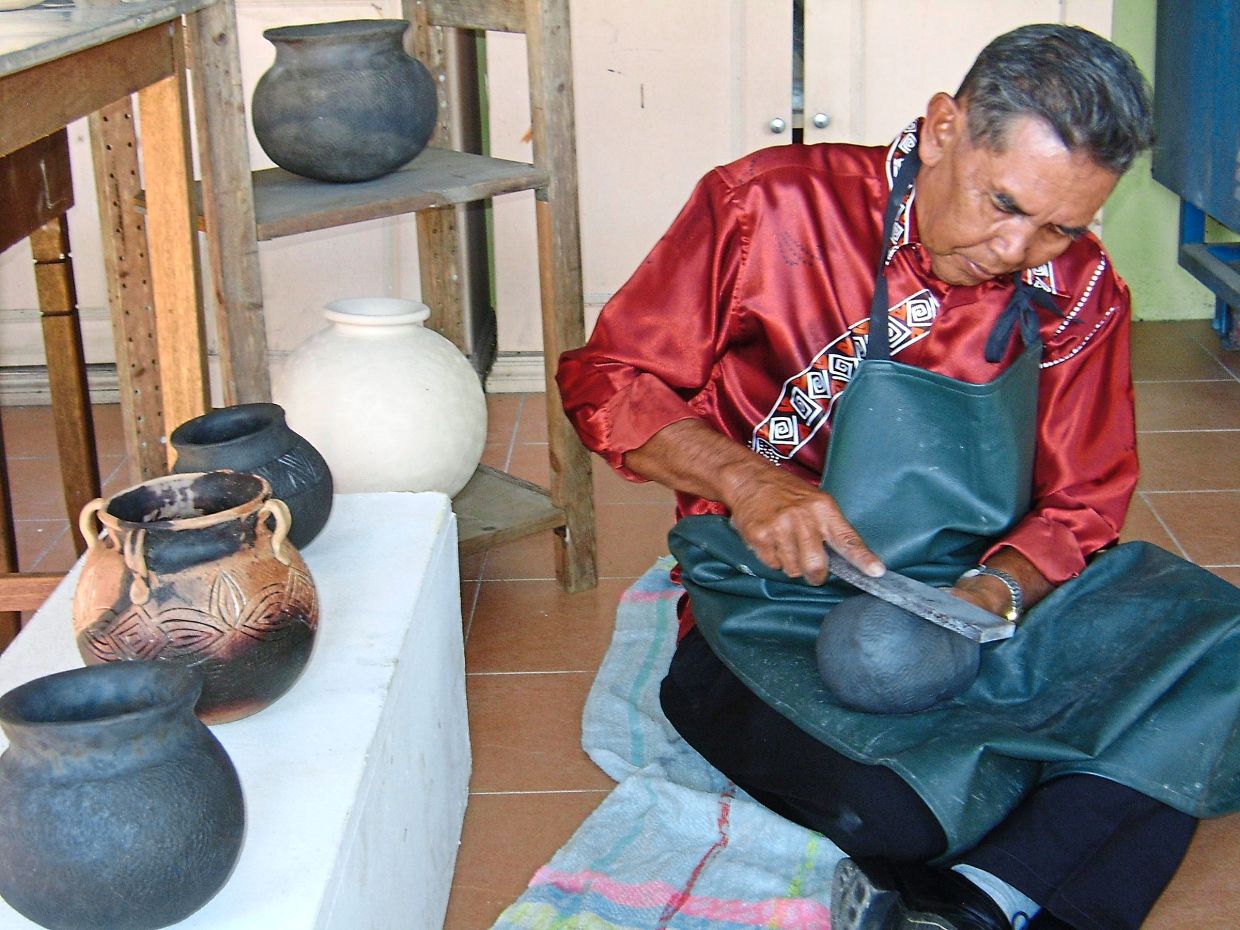 Andah is known for his skills in making Iban crockery. The late Lim, here showing off a goldfish-themed nyonya kebaya which she designed, received many accolades for her work.The late Lim Swee Kim from Penang was well known for her mastery in Nyonya embroidery.

She created beautiful baju kebaya and cheongsam with her embroidery work, some of which were sold for thousands of ringgit around the world. One of her most famous customers was the late Datin Paduka Seri Endon Mahmood, the wife of Malaysia’s fifth Prime Minister, Tun Abdullah Ahmad Badawi.

Lim was born in Kelantan in 1933, and passed away in 2014. She passed some of her skills to many young students through courses and workshops not just in Malaysia but overseas too including Singapore, South Korea, Japan and the United States.

In 1998, Tengku Ibrahim Tengku Wook was honoured with the first Tokoh Kraf Negara award for his work in “seni halus” or fine art, specifically in carving.

This Malay heritage art is said to exist more than 500 years ago, when complex carving works were done on items like the keris and canes, as well as everyday items like cutlery.

This art is not just appreciated and well-loved by Malaysians, but also by art enthusiasts globally. Tengku Ibrahim hailed from Terengganu and not only produced beautiful art based on his own designs, but also made his own handy carving tools too.

Over the years, he has worked with government agencies, private companies and universities to pass on his knowledge to others. 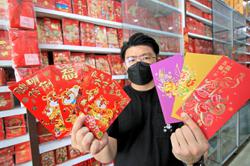