In a matter of weeks, Italy, hit by a tsunami of coronavirus cases and deaths, was branded “one of the hardest-hit countries” by media across the world.

As I skimmed through articles of the country’s battle against the virus, my heart sank. In my head, I saw the smiles of locals that mirrored the warmest rays of light, and wondered whether they were still smiling.

When in Rome, do as the Romans do unless you want to lose your way among snaking passageways between long-standing buildings or miss out on the world’s best gelato. Hauling my luggage along cobblestone roads, I gaped at my surroundings. Sepia wall paint fluttered like autumn leaves to the ground, a huge moss-covered fountain lit up the square and a colourful market selling flowers and spices stood out.

Rome is where the old and modern worlds intertwine. Imagine having one of the Seven Wonders of the Medieval World – the Colosseum – as your neighbour while dining at restaurants next to the Pantheon. It was mind blowing to see these historical monuments.

Stepping into the Colosseum made me feel like a spectator watching intense gladiator fights. Wandering about the Palatine Hill with scattered ruins of the Roman Empire made me imagine Julius Caesar standing atop the Roman Forum, addressing his people. Rome is every History student’s must-visit, whether or not you are fond of the subject.

A bridge away from my apartment was the Vatican City, which is not really a city, but the smallest country in the world. It is also home to the largest church in the world, St Peter’s Basilica. The symmetrical silhouette of the church glimmered under the soft morning glow; there was already a snaking queue at the entrance half an hour before opening time. 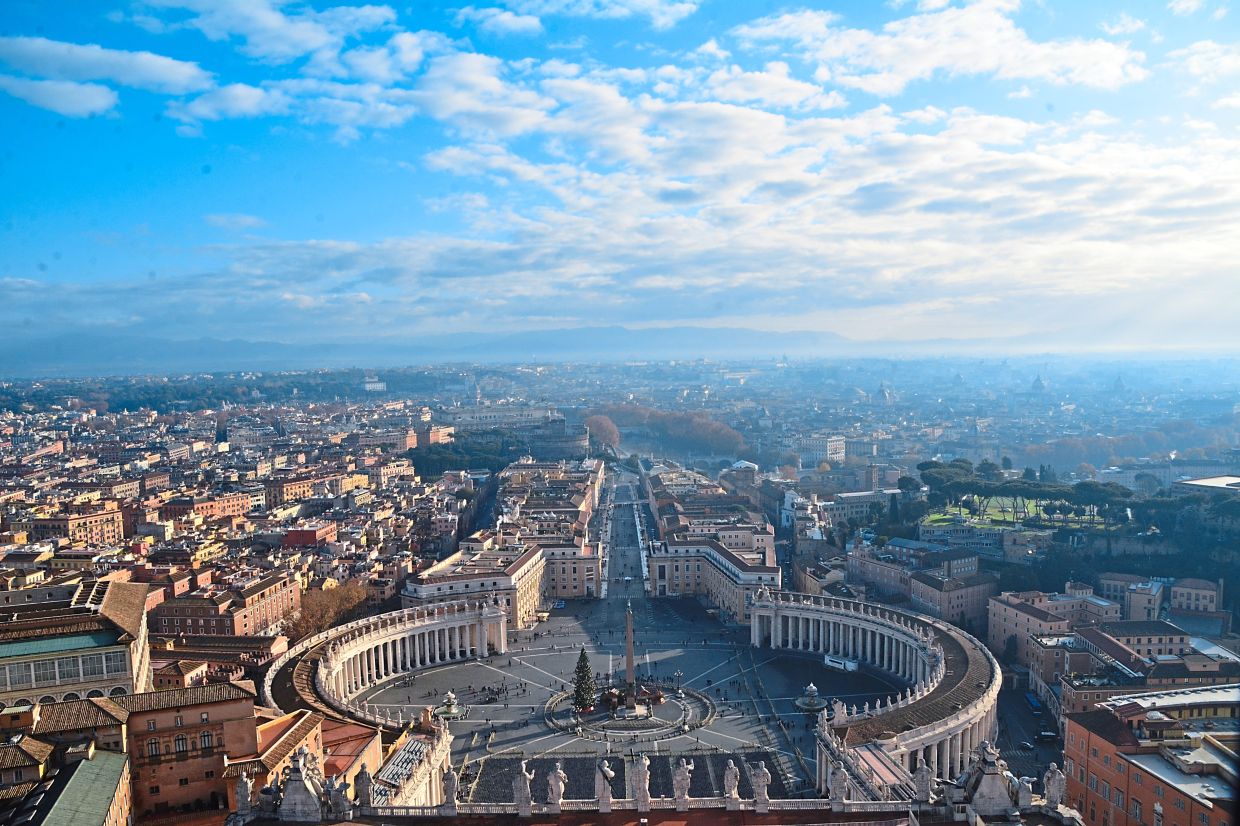 The breathtaking view from the top of St Peter’s Basilica.

But the wait was nothing compared to the ambiance of the basilica, adorned with intricate marble sculptures, with Michelangelo’s dome towering over visitors. I almost gave up on scaling the 231 steps up a slanted stairwell to the top of the dome but all that wheezing and knee-shaking was worth it.

The panoramic view from the top showed the Vatican stretching out into the clouds above.

Strolling down the cobblestone roads, I witnessed an “invisible” man dressed in elaborated garments, except that his glasses seemed to hang in thin air, and a genie that spouted out of a tiny golden lamp. Horse carts trotted alongside public buses while restaurants with no more than three tables housed chatty locals who laughed over a giant pizza.

For most of the trip, meals were made up of pizzas and pastas and a whole lot of cheese. No description will ever do justice to the piping crispy pizzas that melted into a pool of cheese and meat upon the first bite, or the slick pasta with delicious freshly-made sauces. You can find lots of interesting street performers, like this genie, in Rome.

For dinner, I settled for salads and wine, eating comfortably in my rustic apartment.

Then came the discovery of a gem – a gelato store that served more than 150 flavours of goodness including Champagne and cookie dough. At 5°C, I licked three flavourful cups clean, freezing my mouth and leaving my soul high on sugar.

The local dessert was as cool as the locals were warm. Throughout the city, conversations never stopped and smiles were aplenty. Most Italians speak English, but when I conversed with them in simple Italian, their faces lit up. The way amiable Italians greeted people with a cheerful “ciao” or “buongiorno” was enough to make anyone’s day.

Locals also go the extra mile in caring for strangers. From the shopkeeper who warned me about an upcoming storm to the hotel receptionist who got me hot drinking water from his own coffee machine, Italians have proven themselves – to me, at least – to be courteous and considerate.

A waiter who was the spitting image of Mr Bean even entertained us with tricks as we wolfed down our pasta.

No doubt, the inner beauty of the locals are worthy of the country’s magnificent allure.

I was heartbroken when I read about Italy’s devastation during the early months of the pandemic. However, I have hope in the country and its people in surviving through the storm. 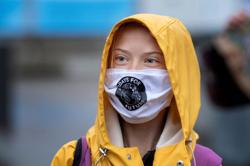