Moscow comes to mind at the mention of Russia. So when I was selected as an international volunteer at the 45th WorldSkills Competition in Kazan, I couldn’t help but feel a little curious.

I had never heard of Kazan before but as I am adventurous, I went ahead and bought a Russian phrase book and installed a translation app in my phone.

The journey from Kuala Lumpur to Kazan in August last year took over 20 hours, with several transits in between. The days are longer during this month, with sunrise as early as 4am.

For the uninitiated, Kazan is an ancient city filled with beautiful architecture. I was able to explore some of these sights after my volunteering stint.

Walking through the historic Bauman Street from Tukay Square gave me a glimpse of everything the city had to offer, which is a mix of history and local traditions. The main pedestrian street is filled with souvenir shops, eateries, unique historical buildings as well as performers playing beautiful melodies and performing entertaining shows.

At the other end of the street is the Kazan Kremlin standing tall with its striking white stone walls and iconic main entrance, the Spasskaya Tower. The Kazan Kremlin is a must-see for any visitor to the city. The citadel became a Unesco World Heritage site in 2000 due to its exceptional historical values. The Kazan Family Centre with a double-story observation deck on its roof.

One of the famous landmarks inside the fortress is the breathtaking Kul Sharif Mosque, named after a prominent figure of the Tatar people. A tour inside the mosque is equally amazing with impressive architectural details.

The construction of the great mosque started in 1996 and was completed in 2005. The original mosque was unfortunately burned and destroyed during the 1552 siege of Kazan.

Another highlight of my trip was a visit to the Ministry of Agriculture and Food. The building features elaborate designs, including a 20m bronze tree on

its archway. I also enjoyed the Kazan Family Centre with its double-story rooftop observation deck that allows visitors to capture amazing panoramic views of the city.

And at the Temple of All Religions, I couldn’t help but marvel at the unique mix of religious architecture.

The capital of the Republic of Tatarstan is located in southwest Russia with a population of 1.2 million. The locals speak two languages – Russian and Tatar.

Learning their languages can be very helpful and will make your experience a bit more pleasant. Most Russians that I met couldn’t speak English. However, they would give me the biggest smile even with a simple word like “spasiba” (“thank you” in English).

As for food, it’s a reflection of the Tatar community’s rich culture and traditions.

A visit to Kazan is not complete without trying the mouthwatering national dessert of Tatarstan known as chak-chak. It’s a honeyed and sugary fried dough. The unique taste and flavour might not be everyone’s cup of tea. But I was up for it and bought a few boxes to bring home (which I ended up eating most of).

There’s also another significant Tatar cuisine called echpochmak which is a tasty pastry that comes in triangular shape filled with minced meat, onion and potatoes. The foods are worth savouring and I truly enjoyed it.

All the moments of touring the city as well as the volunteering works were simply unforgettable. I am forever grateful to be able to witness the beauty of Kazan and hope to visit this wonderful place again in my lifetime.

WorldSkills Shanghai 2021 expected to be largest ever 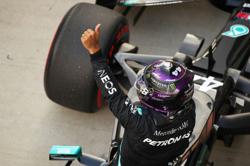 Motor racing: Hamilton plays down his chances despite Russian pole