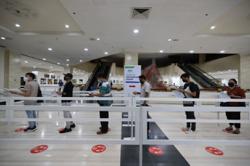 The Old Bridge in Mostar is one of the must-see landmarks in Bosnia and Herzegovina. — Photos: SIEW OI FUN

A wonderland of pristine lakes and waterfalls set in deep woodland, the Plitvice Lakes National Park in Croatia is a true nature’s gem. The first time we were there was five years ago when we were on a tour of the Balkans, a region in southeast Europe.

However, the visit to the park was such a rushed affair that my husband and I decided to do another Balkan tour last October, revisiting the park and several other beautiful places, as well as exploring some new attractions.

What draws most visitors to this Unesco World Heritage Site is its 16 terraced lakes that are interconnected by waterfalls. 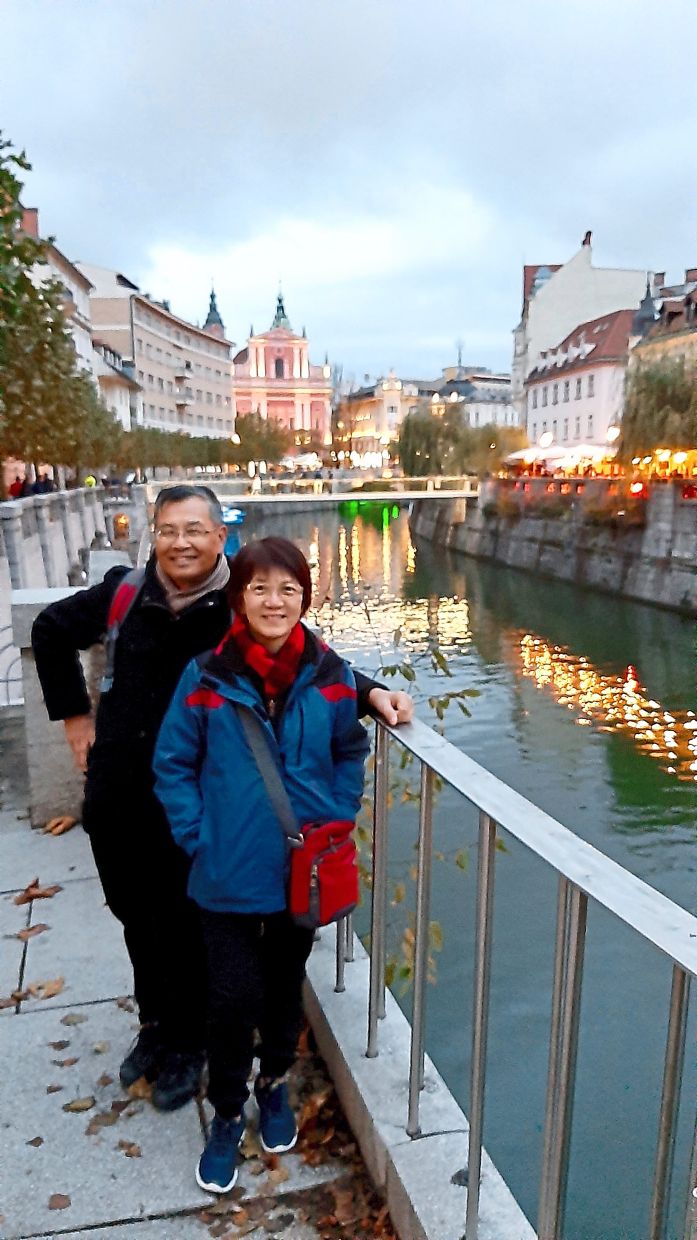 The writer and her husband in Zagreb, capital of Croatia.Our day at the Plitvice Lakes National Park was a bit rainy but the beauty of the place still shone through. Looking like an exquisite painting, the lakes were delicately coloured in different shades of green and blue because of the varied mineral deposits in the water, which was crystal-clear and home to quite a number of fish.

Waterfalls big and small, pools and streams abound, providing a constant symphony of the sounds of water rushing, as we walked around the park.

Breathtaking scenery greeted us at every turn and though we walked continuously for a few hours, we did not feel weary at all.

Another destination that we enjoyed visiting again was Dubrovnik, the southernmost city of Croatia. Often dubbed the Pearl of the Adriatic, it is known for its beautifully restored walled Old Town, another Unesco World Heritage Site. There are many well-preserved churches, monasteries, palaces and fountains exhibiting gothic, renaissance and baroque architectural features.

The main street (Stradun) is paved with limestone and lined with shops and restaurants. No vehicles are allowed in the Old Town.

The highlight for us this time was the walk on the ancient city walls. Built during medieval times, these walls are massive, measuring up to six metres thick and 25m high in some places. Linking together towers and forts, the walls surround the city, making a loop of about 2km.

We took about two hours to complete the course. A number of long steep flights of steps were rather daunting but the walk was definitely a worthwhile experience. We were rewarded with superb panoramic views of the Adriatic Sea with its sparkling blue waters, the harbour which was dotted with boats and yachts of all sizes, and the distinctive terracotta rooftops of the building in the city below us.

A destination new to us was Mostar in Bosnia and Herzegovina. For tourists, a must-see is the iconic Old Bridge (Stari Most), a reconstructed 16th century stone bridge. Near the bridge are cobbled streets lined with interesting souvenir shops and restaurants.

Diving from the Old Bridge into the Neretva River below is a traditional activity that has become quite a tourist attraction.

Lake Bled in Slovenia enthralled us as much as it did the first time we saw it. Surrounded by mountains and forests, the scenery at this alpine lake was picture-perfect. It was fairy-tale like, what with a medieval castle perched by its shore.

Located on a cliff overlooking the lake, the castle and its grounds afforded spectacular views. We had lunch in the castle followed by a short tour of the museum there.

The visit ended with a ride in a traditional wooden boat (pletna) to the pretty islet in the lake. A flight of 99 stone steps leads to the top where a medieval church still stands.

Two other impressive attractions in Slovenia we visited were the fascinating Postojna Cave and the ruggedly beautiful Vintgar Gorge. Elsewhere, one of the most gorgeous landscapes we saw was on the drive along the Bay of Kotor, often called Europe’s southernmost fjord. Kotor is a charming ancient fortified town in Montenegro, which was also on our itinerary.

We may not be able to remember all the various sights and sounds we experienced on the tour but many of the scenic locations that captivated us will be etched in our memories for a long time to come.

Interstate travel is finally allowed in Malaysia! We would love to hear your Cuti-Cuti Malaysia holiday stories, whether taken recently or from previous years. Your story (experiences, tips, advice) should be 700 to 800 words long in Word or Text format. Please attach at least five photos (1MB, captioned) in a separate e-mail.

Of course, we still accept your overseas holiday stories, too.

There is no payment for submissions, and we reserve the right to edit all submissions. E-mail star2travel@thestar.com.my with the subject “Readers Share”.

Malaysia Airlines ASMR clip will make you miss flying and KLIA announcements
Vaccinated people are booking vacations already, when can Malaysians do so too?
Malaysian hiker shares the joy of hiking in Bukit Kiara before MCO
You can buy Scotland’s most remote pub for RM2.47mil
Does fugu sperm wine help men be 'stronger' and celebrate Father's Day?
8 most beautiful buildings you have to see to believe in a post-pandemic future Premium
Malaysian hiker goes to great heights in Everest before 40th birthday
Malaysian learns the secret to cooking good paella is...a 'magical spell'?
Malaysia Airlines passengers can donate their points to charities
‘Adrenaline capital’ Queenstown in NZ braces for pre-pandemic mojo