An information board at KLIA displaying cancelled flights after the Malaysian government closed its borders on March 18. — LIM HUEY TENG/Reuters

A trip to paradise became a nightmare in transit for international traveller Liam Barry when he found himself stranded at KLIA2.

The Briton was supposed to fly from Bali (Indonesia) to Siem Reap (Cambodia) via KL. But while in KL, he – along with his mother and partner – found out that all flights to Cambodia had been cancelled as a Covid-19 preventive measure.

“The situation is absolutely horrendous. We haven’t even gotten our bags yet, ” he said, when contacted from the airport.

“We reached out to the airport transfer desk as well as an immigration officer.

“But one person is saying one thing, while the other is saying something else, ” he lamented, adding that his attempt to contact the embassy had been to no avail. 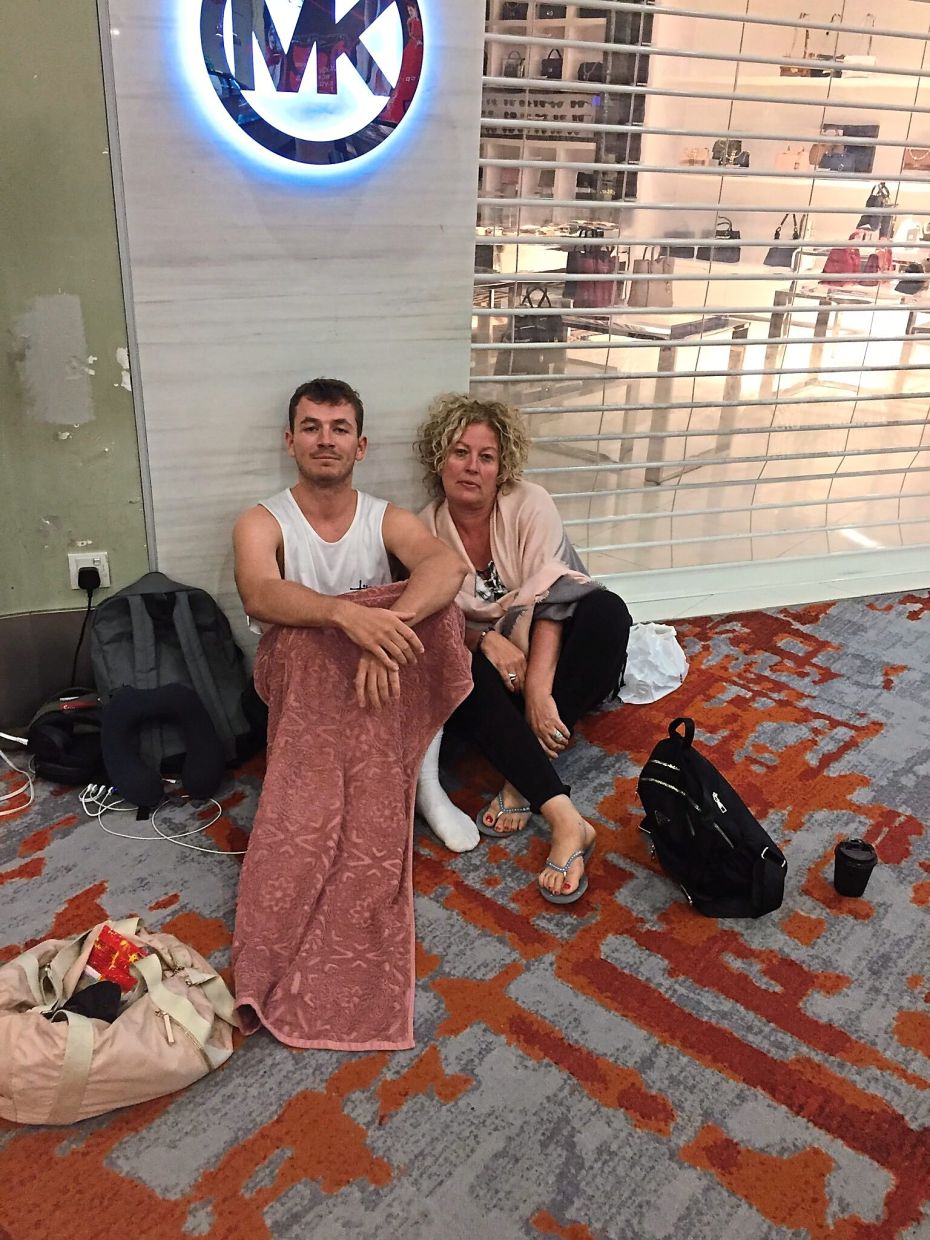 “We just wanted to spend time with each other. But now we want everyone to be aware of what the situation is like out there.

“Airlines are cancelling their flights, nobody is telling you anything and it’s so hard to get your money back, ” he said.

Meanwhile, Indian architect Gaurav Bhargava had sent out a call for help on Twitter, trying to get his elderly mother home from KL.

“My mother had a flight today from KL but now stuck in Malaysia. The sudden announcement to cancel all flights – with immediate effect – didn’t leave any option for us to prepone (bring forward) travel,” he tweeted (March 18).

When contacted, Bhargava said his mother will need to stay back in Malaysia and await further instructions.

After a spike in coronavirus cases, India has put in place strict restrictions on inbound travel.

The conundrum faced by Barry and Bhargava’s mother is something that is widely experienced by those travelling in the time of Covid-19. The coronavirus crisis was recently labelled a pandemic by the World Health Organization (WHO).

The viral outbreak had forced countries to implement travel bans and restrictions. Airlines have also been forced to significantly slash flights and shrink their network.

Qantas is one of the latest major airlines to halt all international flights, sending home two-thirds of its workforce, as coronavirus restrictions tighten. The airline industry is facing its biggest crisis since the Sept 11 attacks in the United States, with several airlines on the brink of collapse.Flight cancellations and countries closing their borders have caused thousands of travellers to be stranded at their holiday destinations.

More than 170 Australians were reportedly trapped in locked-down Peru and over 3,000 Americans were stuck in Morocco after the country suspended all flights.

Closer to home, the travel scene in Malaysia has been especially fluid since the government implemented a two-week movement control order (MCO) on March 18, which is set to end on March 31.

During this period, Malaysians are barred from leaving the country and restrictions are placed on the entry of all tourists and foreign visitors into Malaysia. 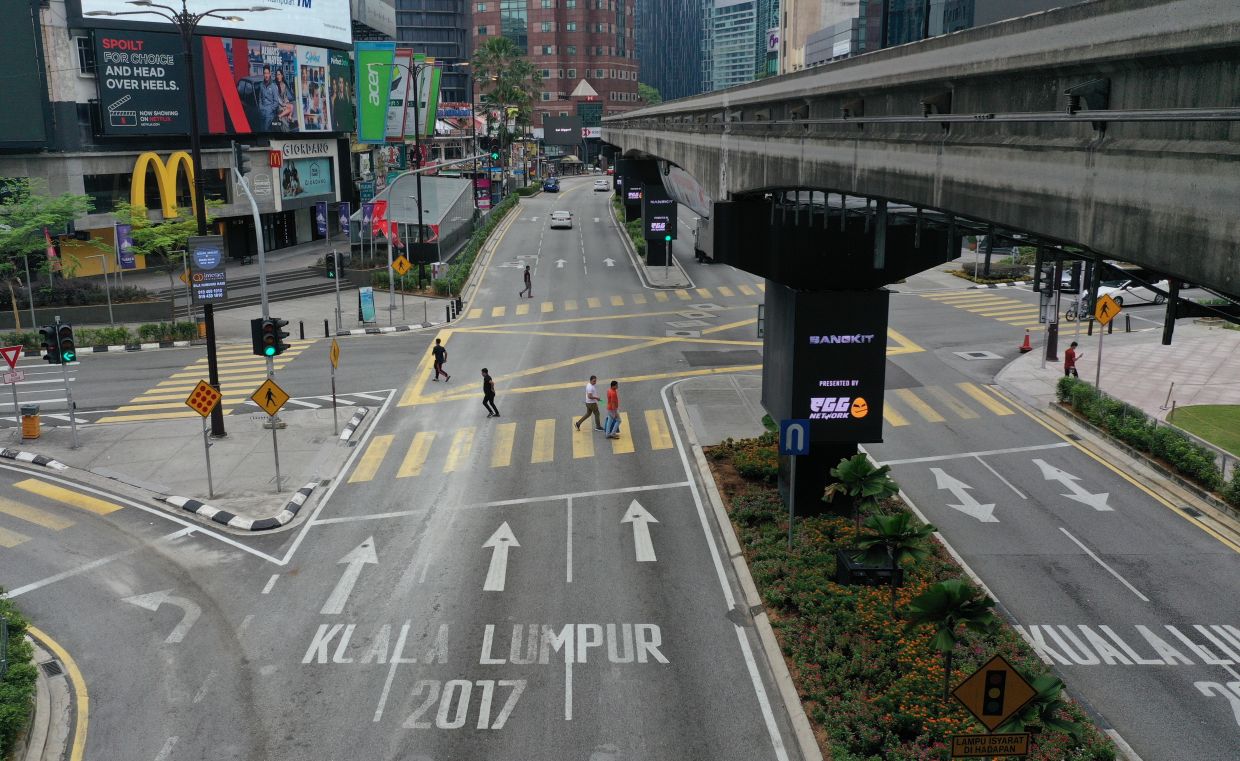 The usually bustling Jalan Bukit Bintang area in KL is relatively deserted during the movement control order in Malaysia. - Bernama

Malaysian Association of Tour and Travel Agents (MATTA) president Datuk Tan Kok Liang called the MCO “bold and decisive”, but criticised the lack of clarification for tourists caught in transition.

“Guests cannot be expected to proceed to the airport and catch the next flight home as easily as commuters taking a train home after work.

“Also, mechanisms must be in place to prevent or reduce unnecessary hardships to the rakyat as well as remaining tourists still holidaying in Malaysia, ” he said.

Hotels and accommodations have since been gazetted as essential services by the National Security Council.

Malaysian Association of Hotels, in a statement, stressed that the utmost priority is to limit the movement of people.

“We were given such a short notice to prepare, but our advice is to look at the bigger picture and focus on containing the spread before the situation gets worse, ” said MAH president Kamaruddin Baharin. 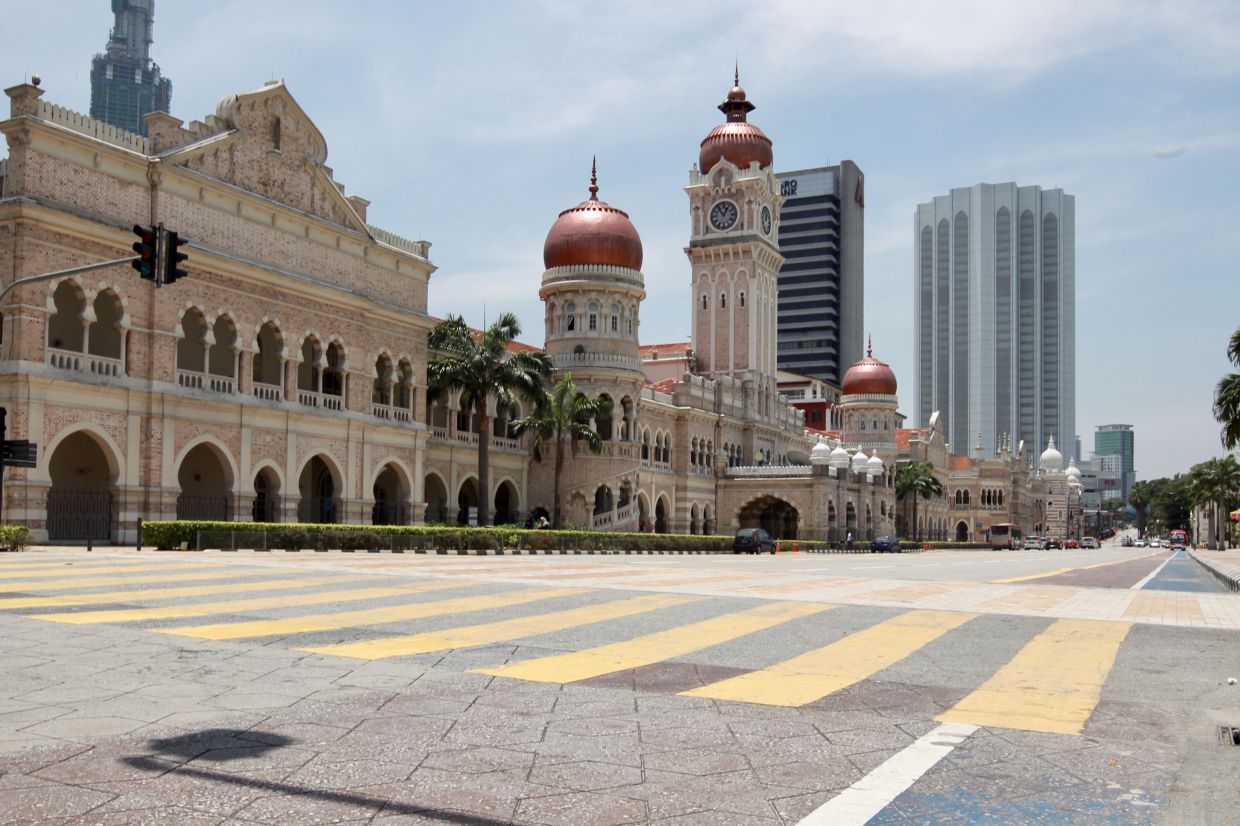 The area around Bangunan Sultan Abdul Samad and Dataran Merdeka, which is a popular tourist spot, is empty during the movement control order in Malaysia. - Filepic

Tourism, Arts and Culture Minister Datuk Seri Nancy Shukri, who on March 18 also announced that Visit Malaysia 2020 has been cancelled with immediate effect, said all tourist accommodations will be permitted to operate at a minimum level.

“All guests at said premises must remain in their rooms for the quarantine period, but are allowed to order food through room service. Check-ins at tourist accommodation will also be permitted, but on a small and limited scale.

“For guests forced to extend their stay throughout the MCO, they may register with any tourism accommodation suited to their budgets. However, new domestic tourists seeking to register with these premises will not be permitted, ” she said.

But the way Barry sees it, he won’t be extending his travel to anywhere anytime soon.

“Right now, we just hope we can catch the next available flight out. We just want to get back home, ” he concluded.

Covid-19: So much information, what do we believe?