The Kimberly Pucci bag has gone viral after it was spotted being carried by Serena Williams. Photo composite: Instagram/Kimberly Pucci

For those wondering, that giant orange bag with a metallic navy and white racing stripe that Serena Williams has been toting around the US Open all week is the Niccolo bag by designer Kimberly Pucci.

Handcrafted in premium pebble leather, the carryall with its padded handles retails for US$1,950 (RM8,750) on the designer’s website.

According to Pucci in an interview with Bloomberg Radio, Williams fell in love with the bag at a party in the Hamptons hosted by the 1640 Society, a gathering of billionaire family office heads and as-moneyed set who summer in the beach community.

Williams, who is an investor in unicorn startups and wellness companies such as Daily Harvest Inc, Noom Inc, Tonal Systems Inc, and MasterClass (Yanka Industries Inc), was speaking at the event when Pucci introduced herself as an American luxury goods designer, soon to be a household name.

She told Pucci that being a busy mom, she was a fan of large oversized bags with no zippers that she could quickly take things out of. So Pucci gifted the sporty bag with its New England-y stripe and Tuscan flare to the tennis legend, who is known for having a penchant for all things Italy. 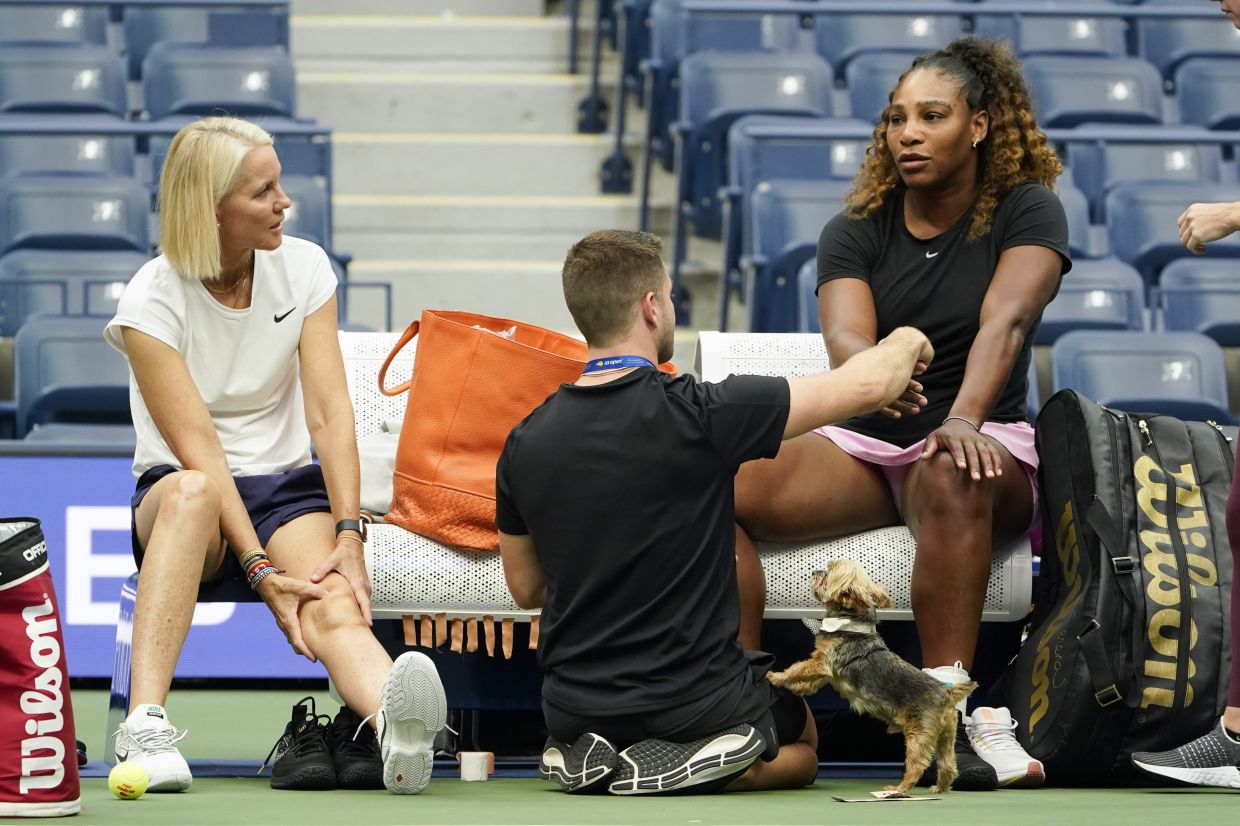 Serena Williams was spotted with the orange bag during the opening of the US Open practice sessions. Photo: AP

She met her husband, Reddit Inc co-founder Alexis Ohanian, in Rome in 2015.

Williams decided to wear the distinctive bag onto the court on Aug 24, during the opening of the US Open practice sessions, and Pucci says that within five minutes she received about 20 text messages from clients and friends who recognised the bag.

Read more: The time when Princess Diana turned heads as a cover girl and fashion icon

Ever since, inquiries have been pouring in.

"In the world of fashion and luxury goods, putting your name on a brand is not easy,” Pucci says, and it was especially challenging during the pandemic.

She considers Williams’s adoption of the bag a life-changing event, especially when one considers how rare it is for heavily-sponsored star athletes like Williams to carry something from a small, bespoke designer.

"I will be forever grateful. It’s truly amazing to be a designer and have someone wear my designs,” Pucci continues. "But most importantly, as a female entrepreneur and mother to have Serena Williams wear my bag is more than I could have ever possibly asked for.” – Bloomberg

Fashion label releases a tennis-inspired collection made from Evian bottles