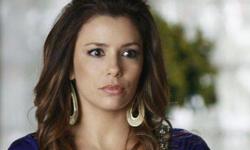 The epitome of resilience and determination, Italian wheelchair fencer Bebe Vio has been named international spokesperson for the L'Oreal Paris brand, joining a host of prominent and socially engaged women such as Eva Longoria, Jane Fonda, Helen Mirren and Viola Davis.

From coming to terms with her disability at the age of 11 to her new status as a global ambassador, let's take a look at the journey of this athlete who has become the icon of a whole generation.

Ursula Von Der Leyen, President of the European Commission, paid tribute to Beatrice Maria Adelaide Marzia Vio – aka Bebe Vio – when she appeared as a guest of honour of the European Parliament in September 2021, just over a year after her victory at the Tokyo Paralympics.

Read more: Revlon was once a beauty industry giant, how did it lose its glow?

The Commission President described the athlete as a "leader," a role model "in the image of her generation" and an inspiration to us all.

And there's no denying that the 25-year-old's journey to success has not been the easiest, revealing an extraordinary personality combining perseverance, determination and unfailing optimism.

Born in Venice, Bebe Vio lost both her legs and both forearms at the age of 11 after contracting severe meningitis.

Passionate about fencing, she resumed her sport after several months of hospitalisation and rehabilitation.

Through hard work and determination, the young girl effectively rose from her ashes, earning her the nickname of "the rising phoenix" from her scout group, to which she remains very close today.

"The phoenix can live and die and burn and live again. My scout group saw me in each step, living, burning, dying, then live again," she explains.

But Bebe Vio is no ordinary fencer.

She has been notching up sporting achievements for years, to the point of winning two Paralympic gold medals – in Rio and in Tokyo – and even more at the World and European Championships.

Author of two bestsellers, the athlete has since rubbed shoulders with many political leaders, starting with Von Der Leyen, but also Barack Obama, with whom she took a selfie that went viral in October 2016 with the caption: "It's not possible?!? I'm sorry, I don't understand these words."

A true inspiration, the young woman is now working to put the spotlight on the Paralympic Games as a vehicle for diversity and inclusion.

Bebe Vio will now be able to share all these values with even more people thanks to her role as a global ambassador for L'Oreal Paris.

This is not a new story, since the fencer has already appeared in several of the cosmetics giant's Italian campaigns and shone alongside the brand's many muses at the 2021 edition of the L'Oreal Paris Fashion Show, held in the French capital.

Her new status should now allow her to fly the flag even higher for notions of resilience, self-esteem and perseverance, all which she has developed and displayed since childhood.

"Bebe Vio is not only the best fencer in the world, she is also an icon for her generation. She embodies resilience and the ability to overcome adversity. We are thrilled to welcome her to the L'Oréal Paris family to remind women that believing in your own worth is the greatest strength of all," says Delphine Viguier-Hovasse, global brand president of L'Oréal Paris.

Is the hot weather giving you a beauty meltdown? These tips may help 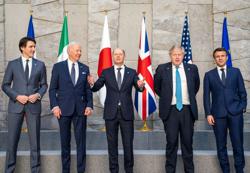 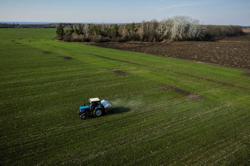 'Pinkflation' is causing the price of women's fashion items to soar
How fashion designer Giorgio Armani had to flee wildfires on a Sicilian island
Making your own DIY tinted lip balm using food colouring can be a hit or a miss
Guys, look to quirky cool fashion accessories to style up your outfit
Hanae Mori, fashion designer for films and Japan's empress, dies at 96
Malaysian celebs Ning Baizura and Dolla front Jovian Mandagie’s fashion campaign
Fashion adapts to life beyond the pandemic with functional going-out apparel
Michael Jordan 'Last Dance' jersey to be auctioned in September
Malaysian designer Khoon Hooi heads abroad: 'I want to dress more celebrities'
How to perform nail slugging, a new beauty trend that's taking TikTok by storm