Secondhand is in style? Luxury fashion moves further into the resale business 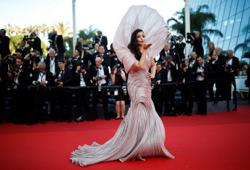 Resale is becoming one of the luxury fashion industry's fastest growing trends. Big-name labels are increasingly getting on board.

Oscar De La Renta fans will soon be able to buy vintage dresses from television shows like Sex And The City and Succession as the luxury fashion house moves further into the resale business.

Since last November, the designer has been curating looks from past runway collections in its secondhand shop, Encore. Pre-owned clothes are sold on consignment and the company authenticates, restores, and ships the items with an eye toward giving customers the same level of service as in its brick-and-mortar stores.

The logistics and payments are handled by Archive, which is a platform that is specialised in resale businesses and gives companies insight into customers and their purchases.

The platform just raised an additional US$8mil (RM33.5mil) in investment, bringing its total funding to about US$10mil (RM41.9). Investors in the company include Lightspeed Venture Partners, Bain Capital Ventures and Oscar De La Renta, as well as the founders of Warby Parker, Allbirds and Harry’s.

It’s a segment that’s currently worth US$130bil (RM544.7bil), according to BoF Insights, and dominated by large marketplaces like RealReal Inc. and Poshmark Inc.

"We think about resale as a way for us to acquire new customers and most importantly retain existing customers,” Bolen said in an interview.

The company sees it "as a fundamental change in luxury fashion going from a consumable or disposable to an asset”.

Read more: 'Who wants to work in an abattoir?': Stella McCartney on fashion's 'green' need

Bolen said the company sold 40 pieces from its first batch of vintage items and is getting ready to release its second batch on Jan 26, which will feature 31 iconic dresses and 15 pieces of fine jewelry from DKF, which sells estate jewellery, from designers such as Van Cleef & Arpel and JAR.

In the coming months, Oscar De La Renta plans to introduce an auction function that lets customers bid on dresses previously worn by celebrities in films and television as well as on the red carpet and at events like the Met Gala. – Bloomberg

Aishwarya Rai and more, the best red carpet looks at Cannes Film Festival
Hand-painted personalisation for fashion lovers
How Asian celebrities are taking over the fashion world, one brand at a time Premium
Petroleum jelly is being used to replace mascara, and the results are amazing
The sweet smell of trash? Perfumers are using waste to concoct new scents
Celebrity Style: Why Rihanna is such a maverick in the fashion world
Vanity Fare: Restore and refresh with the right beauty products
Style Watch: Actress Jasmine Suraya Chin shows versatility in dressing up
Would you be recognisable in real life based on your glamorous beauty snaps?
The superwomen of Malaysian fashion and the influence they had on the scene Premium