In 2022, social media and the metaverse are now dictating trends, just like designers and brands. Photo: 123rf

As fashion embraces the digital world, even trends are now being created in the virtual world.

While designers, brands and fashion magazines are still dictating trends, they are not the only platform for style. Print and digital have always worked hand-in-hand brands, complementing their print releases with social media content. Now, there is also a more virtual presence.

In this sense, digital platforms have emerged as spaces to track trends.

Instagram even released its first trend report late last year, which focused on the things that will shape culture in 2022 – based on Gen-Z interests. Fashion, unsurprisingly, is one of the categories included.

Read more: Yearender 2021: Looking back at a time of renewal for the fashion industry

Then there is the use of hashtags. It has shed a valuable insight on future trends. TikTok users are spawning numerous new hits with their videos, and through it, popularised different styles of dressing.

Fashion trends are being defined by consumers through their online postings and not in the control of designers.

The metaverse – a concept to do with the interlinking of extended reality worlds – is seen as fashion’s new playground. Market researchers are thus turning their attention to digital activities to predict what’s “in”.

This is indeed a fresh perspective, beyond just what the runway or fashion weeks have been narrating in the past.

The catchphrase “go big or go home” will be more fitting than ever to describe this current year. It is seen as an over adjustment of having to be in lockdown for such a long time. How will fashion continue to evolve in 2022? Photo: 123rf“After two years spent in athleisure, young people are making bold moves with their style choices, using fashion as a vehicle for joy, optimism and self-expression,” reads the trend report by Instagram.

The company behind the social media platform explains that this will manifest itself in the rise of alt-fashion.

What exactly is that? Think of it as the different ways of dressing that stand apart from commercial styles.

For example, dark academia or goblincore. Yes, terms you may not even have heard of before are expected to define fashion this year.

Most of them are offshoots of pre-existing trends, but refocused to tell a more specific story.

Take dark academia. It is simply geek chic, but edgier and cooler – at least to the Gen-Z fashion crowd.

The trend romanticises all things intellectual. Some would even describe it as prep school fashion with a gothic twist. Think crisply pressed shirts paired with cosy cardigans and chunky loafers, but with accents and embellishments of leather.

Goblincore, on the other hand, simply focuses on the love for aspects of nature not typically regarded as beautiful: creatures like snails or frogs, and even fungi, moss, lichen and mushrooms.

It is perhaps cottagecore’s more mysterious sibling. Instead of sunshiny, wholesome looks, the trend embraces a darker aesthetic – like outfits with an earthy or grimier colour palette, for example.

The hashtag #goblincore now numbers over 700 million on TikTok. Of course, not every one of them has to do with fashion, but it shows how much of a global phenomenon the trend is right now.

Nowadays you can also find out about new trends by checking what’s going viral on social media.

Goblincore was picked up as a trend via the extensive use of hashtags. For 2022, aesthetics like avant apocalypse, indie sleaze, balletcore and hyper Gen-Z are predicted to grow extremely popular among social media users.

While fashion designers still have a say on what they create, there is no ignoring what consumers want. They are quickly making “demands” by virtue of the hashtags that they viralise.

You can say that trends are now birthed at the grassroots level, and then co-opted by labels and brands – not the other way around, as in the past.

Even more game-changing is the rise of fashion’s metaverse.

This new digital world is seen as a combination of multiple elements of technology, including virtual reality, augmented reality and video where users “live” within a digital universe. It is a sort of an extension to social media.

The metaverse will allow users to design their own avatars, purchase and own “land”, as well as socialise as they would do in real life. Fashion, no doubt, will play a big part in how it is shaped.

Already big labels such as Gucci, Givenchy and Louis Vuitton are making their mark with various digital-only launches. This year, it is predicted even more big names will be joining in.

Read more: Cool yet casual? How menswear is tackling the new reality of formal attire

NFTs (non-fungible tokens), which use blockchain technology to verify individual ownership, are making it possible for digital fashion assets to be monetised more broadly too.

Even fashion weeks are being conquered. Metaverse platform Decentraland has announced that it will host four days of runway shows, showcases, pop-up shops, after parties and immersive experiences in March.

While trends may also now be directed by what we tweet or show off on TikTok, there will still be an audience for runway shows as seen in last year’s return to the runways.

With all that’s going on in fashion now, it looks like 2022 could be the start of a new fashion world. 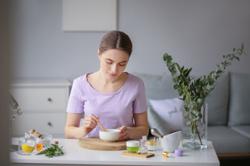 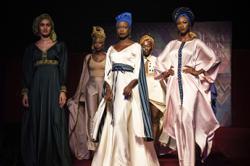 Vanity Fare: Restore and refresh with the right beauty products
Style Watch: Actress Jasmine Suraya Chin shows versatility in dressing up
Would you be recognisable in real life based on your glamorous beauty snaps?
The superwomen of Malaysian fashion and the influence they had on the scene Premium
Burkina Faso designers show there's more to nation than conflict at fashion week
'Jello skin', a new holistic K-beauty trend, is going viral on TikTok
Fashion players will double their investments in tech by 2030, says a new report
How the corset stole the show at this year's Met Gala
Giving yourself a 'sunburnt' look is the latest crazy TikTok beauty trend
As seen at the Met Gala, luxury watches can make a statement on the red carpet