Athletes are heading to the Olympic Games in style this year.

Kim Kardashian's shapewear company Skims will provide official underwear, loungewear and pajamas to American female athletes at the Tokyo Olympic and Paralympic Games, and the entire collection just dropped for the public.

The capsule collection includes pieces ranging from T-shirts and leggings to socks and bras, all marked with the official Team USA and Olympic Rings branding.

Kardashian announced the partnership in June, sharing campaign images to her followers for the first time and explaining why the collaboration is so important to her as the step daughter of a former Olympian.

"Ever since I was 10 years old, I've heard every single detail about the Olympics, " she wrote in the post, referencing Caitlyn Jenner, who won a gold medal at the 1976 Olympic Games and was formerly married to her mom, Kris Jenner.

"When I received the call inviting Skims to be a part of @TeamUSA, every moment I've spent admiring the strength and energy of the Olympians from the sidelines came full circle."

In addition to Skims, athletes will be outfitted in Ralph Lauren, who have designed Team USA pieces for the opening and closing ceremonies since 2008. As usual, Nike also dropped Team USA gear for athletes to wear while competing and accepting their medals.

This is the first time, however, that the athletes will be provided with loungewear and underwear, and comes with the recent popularity of athleisure, in addition to the Olympic Games' growing alignment with celebrity brands.

Telfar Clemens, the Liberian American fashion designer behind the ubiquitous Telfar bag, will be designing Team Liberia's uniforms, for example.

Read more: Wearing a bikini top... upside down, and other odd swimwear trends of the season

"We're so proud to be supporting female athletes during the Olympic and Paralympic Games in Tokyo, " Kardashian said in a news release.

"These women are incredible role models for younger girls, including my own daughters, showing them that anything is possible if you work hard enough. Skims is designed to empower women to feel their best every day and we're excited to work with Team USA to help spread this message." – Anna Tingley/Reuters

From sliders to funky sweaters, Spring/Summer 2022 menswear is about being bold 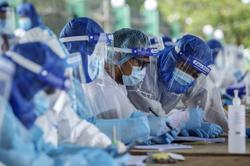 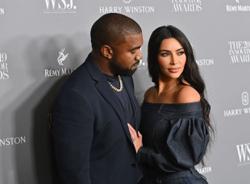