Designer Zhou Li took to the stage amid applause following her runway show at China Fashion Week with a prop that has political overtones: a bouquet of cotton plants.

"As far as I'm concerned, I think Xinjiang cotton is my sweetheart, my love, which is to say I'm very grateful it has brought me such happiness," Zhou, 56, said after her show on Tuesday (March 30) in Beijing.

Zhou, chief designer and founder of Chinese fashion brand Sun-Bird, is a patriotic supporter of a boycott targeting several major western apparel brands in China that have expressed concern over alleged rights abuses in Xinjiang province.

"For our Chinese designs, I'm certainly right to support the Xinjiang people," she said.

H&M, Burberry, Adidas and Nike are among those hit by consumer boycotts in China after their comments on alleged human rights abuses in Xinjiang resurfaced on Chinese social media last week.

The backlash has put the brands in an awkward position given the importance of the market in China, where news and social media are tightly controlled by the Communist Party-controlled government and patriotic campaigns targeting foreign brands are common. "First of all, as everyone knows, these are false statements (from the brands). But of course I can't comment too much on this because it involves political issues," 19-year old fashion model Zhao Yinuo said outside the event.

"I have a sense of national pride," she added.

The European Union, the US, Britain and Canada last week imposed sanctions on Chinese officials, accusing them of human rights abuses in Xinjiang. China retaliated with sanctions of its own on lawmakers and academics.

China strongly denies the claims, and says all labour in Xinjiang is consensual and contract-based.

"I can't believe our Chinese Communist Party would ever do such a thing," said a 19-year old student surnamed Li at the fashion event. "Our nation is very united." – Reuters

Fashion labels double down on their support for the Black community 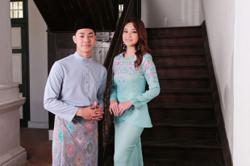