Sure, wear your support for women's rights on your T-shirt, but not at any cost. A new book is calling out brands for appropriating the cause to sell their products. Photo: AFP

Is it really such a good idea to wear your convictions on a T-shirt?

Not necessarily, according to French journalist Lea Lejeune, author of Feminisme Washing, a recently published book calling out the appropriation of feminism by brands whose own internal practices don't necessarily chime with their discourse on supporting women.

Girl power, proud to be a woman, girls can do anything. These are the phrases we often see on clothes these days.

At a time when it has never been easier to proclaim support for women's rights (notably on your T-shirt), Lejeune, who is also a journalist with the French weekly business magazine Challenges, is calling out the ways in which brands are appropriating the feminist cause.

Also president of the Prenons La Une association of female journalists, her book offers an in-depth look at how brands are using and abusing feminist arguments

Lejeune has revealed the underside of how brands are appropriating feminism, and how pro-women themes have become something of a honey pot, notably in the world of fashion and beauty.

This use of feminism in the aim of profit is, according to the author, particularly dangerous, since the interests of such businesses sometimes stand in total contradiction with their marketing or media discourse.

What is feminism washing?

The term "feminism washing" is inspired by its predecessor, greenwashing. This marketing technique and communication strategy concerns the fallacious use of good ecological practices in the aim of attracting customers.

Car brands, primarily, have been singled out for having "greened up" their communications. For Lejeune, the workings of "feminism washing" are similar, except that here, brands are "pinkwashing" rather than greenwashing their communication or marketing.

The aim is to boost sales while, according to the author,"the company in question isn't really taking action on equality". And "the companies that strive to boost their image on the back of one of the pivotal values of contemporary society" are lauding "a facade of feminism".

Lejeune warns of the "negative effects" of such practices: "[Companies] can, for example, sell products manufactured at the expense of many women's suffering, precisely to the [women] who think they are defending them."

The "girl power" slogan T-shirt may have taken over the runways – seen at some of the biggest luxury brands' shows, including Dior – but this proclaimed enthusiasm for empowering women isn't always reflected within companies themselves.

The luxury goods group LVMH – to which Dior belongs – only counted three female directors (at Celine, Kenzo and Thomas Pink), before Maria Grazia Chiuri arrived at the helm of Dior in 2017.

On the whole, the author reminds us that "of 371 chiefs helming brands surveyed in the Business Of Fashion website's latest study, during the four Spring/Summer 2017 fashion weeks, only 40.2% were women".

And, still according to Business Of Fashion research, of the 50 most influential fashion brands in the world, only 14% were run by women. Maybe it's time to leave the slogan T-shirt on the shelf.

A paradoxical situation for beauty brands

Fashion isn't the only sector concerned by the journalist's investigations.

She also looked at beauty brands, for example: "A makeup [item] – even one that's healthy for skin and manufactured by workers who are properly paid and promoted – remains a tool for conforming to society's beauty norms at a given point in time.

"These products cannot 'in themselves' become feminist. If they genuinely contributed to breaking down the dictates of female beauty, they would be shooting themselves in the foot by reducing the size of their market. A hard-line feminist logic would lead them to progressively disappear."

Still, it's not all bad. Many companies, even in the cosmetics sector, are making genuine efforts to reduce inequalities in their own businesses. L'Oreal is one such example.

The brand which, on the admission of Jean-Claude Legrand, the group's executive vice president for HR, was about "makeup made by men for women", has been working towards wage equality for several years.

Since the arrival of Jean-Claude Legrand – who also sits on France's High Council For Gender Equality, an independent authority responsible for evaluating measures in favor of women's rights and making suggestions to the government – the gaps in salaries and parity have been identified and measured, taking into account gender, age, seniority and salary progression.

In 2007, women were, on average, paid 19% less than their male colleagues, whereas the gap has today been reduced to 3.9%. The effects of such efforts are certainly being felt, even if there's still a long way to go. – AFP Relaxnews 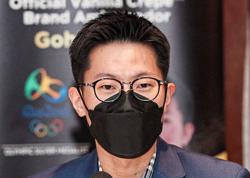 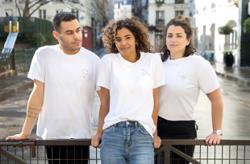 Actor Ryan Gosling takes on his first role as a brand ambassador
'I don't want to do simply fashion anymore': Jean-Paul Gaultier now a curator
Newlywed Naddy Rahman keeps her style fresh by mixing it up
The hottest makeup trends to drop this Fall Premium
Can 3D-printed sneakers be fashion's answer to a more sustainable wardrobe?
Underwear as outerwear, and other fashion trends seen at Milan Fashion Week
Cool, quirky and trendy, menswear roars back to life for Autumn/Winter 2021 Premium
From rice sacks to the runway, how fashion is fighting to rebrand jute
Celebrity Watch: Zendaya's fashion transformation is tempered by brave choices
Classic bags for every occasion