Ruth E. Carter's first thought when she signed up to work on the sequel to 1988's Coming To America was to "not mess it up".

The film was a celebration of Black excellence, with Eddie Murphy as Prince Akeem, who ends up in Queens, New York, in his search for a bride.

"We were all thrilled to see royalty," Carter says of the cult classic.

Thirty years later, director Craig Brewer returns to Zamunda for Coming 2 America, with Murphy reprising his role. This time, Prince Akeem is set to become king, but he must find his long-lost son.

He returns to Queens searching for Lavelle, played by Jermaine Fowler. The sequel features even funnier jokes, an energetic performance by Murphy – and eye-opening costumes by Oscar winner Carter.

"I wanted to bring in a little bit more of the real Africa," says Carter, who worked with Laduma Ngxokolo, designer of the Maxhosa by Laduma label, on the palace uniforms.

Despite having 12 weeks, which is a good prep time for the number of costumes she and her team had to create, it was still a race to get everything just right.

Carter started on the pageantry scenes, which her cutters, stitchers and craftspeople began building while she worked on imagining what Prince Akeem and everyone would look like 30 years later.

Murphy and Carter had collaborated on a number of other projects, including Dolemite Is My Name, I Spy and Dr. Dolittle 2.

Murphy says Carter "makes clothes that make the character walk different or affect your performance so that you get a better sense of how the character moves".

Akeem's attire must reflect his standing in the world.

"He's the king," says Murphy. "He's got family. His clothes have to reflect that."

Carter gathered fabric such as velvet that would look rich and used embroidery.

"I wanted a royal official Zamundan cloth," she says. "So I came up with a graphic of masks, shapes and paisleys that were put together and seen on his clothing."

She repeated the insignia on his tunic and jacket – in particular, the pattern is all over his red jacket, which happened to be one of Murphy's favorite outfits.

"The red jacket was so great and crazy," he says. The star was appreciative of the bold colours Carter chose to represent Africa.

"There's never been a movie where Black folks look like this, with Black royalty," Murphy says.

When Carter was working on Black Panther, she reminded her workroom that they were not doing Coming To America but Wakandan royalty.

If Wakanda was a "forward-thinking nation, then Zamunda was the fashion centre of Africa," she says.

When it came to the military looks seen on Wesley Snipes' General Izzi, she used green and khaki but incorporated screen-printed touches.

"I just had fun and played with colours, shapes and patterns," she says.

The sequel features a subtle throwback to the original. In one sequence, Akeem is wearing a cap with a vest – a sporting creation.

"I did the vintage golfing look with the hat and the vest, harkening back to the first film to show that he's not playing polo anymore."

She also added other subtle nods to the original, putting Akeem in silk pajamas.

Carter is aware of the cult status of the first film, and how Black Panther saw audiences show up at theaters dressed as the characters. She's hoping this sequel will be equally influential.

Murphy says he's ready for a third Coming To America – and he wants Carter on board.

Carter has put it on her calendar. – Reuters/Jazz Tangcay 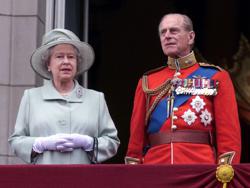