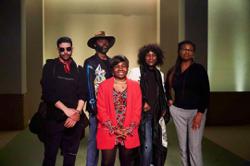 Women perform in the middle of a water fountain during a presentation to mark the opening of Sao Paulo Fashion Week. Photo: AFP

Bold styles are usually the talk of the town for Sao Paulo Fashion Week (SPFW). This year, couture connoisseurs in Brazil’s most cosmopolitan city have focused on the models – more specifically, the colour of their skin.

For the first time, designers in Latin America’s largest fashion show, which wraps on Sunday (Nov 8), have been obliged to ensure 50% of their models are either Black, Afro-descendant or Indigenous.

The Brazilian fashion world was jolted into doing some soul-searching this year when – after the killing of George Floyd by police in the US sparked protests and discussion over racial injustice – three Black models shared personal stories of experiencing racism in the industry during a raw, hourslong talk with Sao Paulo Fashion Week founder Paulo Borges.

Broadcast live via social media, that conversation was the first of many culminating in SPFW’s adoption of the new rule, Borges said in an interview.

"Everyone understands there needs to be a bigger effort. We need to leave the space of white privilege to be able to make this change in the world, ” he said.

"The Eurocentric aesthetic of beauty cannot apply to the country of Brazil.”

Fashion-forward affirmative action is the latest effort to boost representation through edict in Brazil, where a previous, left-leaning government enacted race-based quotas in federal universities.

More than half of Brazilians identify as either Black or biracial, but you wouldn’t know it from the country’s magazines and ads, where images of light-skinned people remain dominant.

A century after Brazil became the Western Hemisphere's last country to abolish slavery, in 1888, the phenomenon was exemplified by the popular television show Xou Da Xuxa, or Xuxa's Show, hosted by the blonde, blue-eyed entertainer of the same name and backed by a bevy of young women with mostly matching features.

Launched in the 1980s on the monolithic Globo network, it moved a generation of Black girls to straighten their hair, according to Marcelo Dias, national coordinator for entrepreneurism at Brazil’s Unified Black Movement.

"Do you know how that destroyed Black girls’ self-esteem, watching that? Not even one Black girl to see and identify with, ” Dias said.

"The result was that our Black girls didn’t want to use their natural hair; they wanted to use the hot comb.” 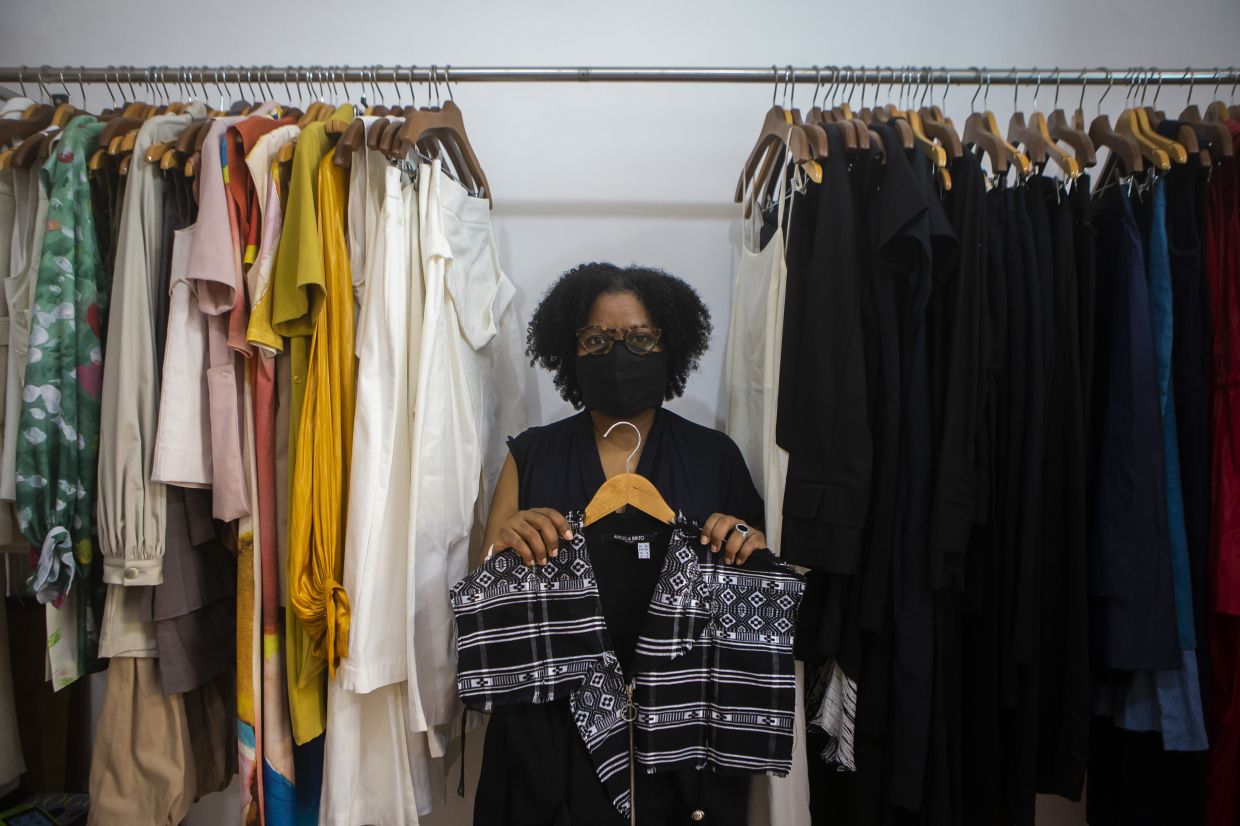 Angela Brito, a Rio De Janeiro-based designer who moved to Brazil from Cape Verde more than two decades ago, showing her 2020 collection, blending traditional woven cloth from her home country with other styles. Photo: AP

SPFW was born in 1995. In 2009, facing an investigation over discrimination, organisers signed an agreement with public prosecutors requiring 10% of models to be Black, Afro-descendant or Indigenous.

Still, there were calls for stronger action. SPFW began recommending designers’ models be at least 20% Black, Afro-descendant, Asian or Indigenous. Angela Brito, a Rio De Janeiro-based designer who moved to Brazil from Cape Verde more than two decades ago, on Friday (Nov 6) showed her 2020 collection which she dubbed "Identity", blending traditional woven cloth from her home country with other styles.

Even before SPFW’s race requirement, she employed all-Black casts and has sought to highlight the issue.

"The first question people always asked me has been, ‘Why is your whole cast Black?’” Brito said. "And I always asked, ‘Why is it that there were only whites before, and you never noticed?’”

Because of the pandemic, the usual cloistered runway shows this year were jettisoned in favour of videos that were projected onto the sides of buildings and monuments, displayed on a truck circulating throughout the city and broadcast on social media.

One of the most popular videos has been an eight-minute clip by the Korshi 01 brand. It opens with a Black woman swiveling in a chair and then staring defiantly through square-shaped glasses, before cutting to a second Black model being made-up by a woman with flowing curls.

The piece suggests that models who before were waiting in the wings are now taking centre stage. Over the past decade, a rising percentage of Brazilians have been identifying as biracial or Black in government surveys, and less as white – reflecting a greater embrace of Blackness, according to Dias.

Race is a fluid thing in multi-hued Brazil, with siblings often disagreeing with each other over their race and people often changing how they self-identify, so how Blackness gets defined isn't a simple question.

Census takers rely on people's racial self-identification, while applicants for civil servant jobs and universities with race-based quotas must either present documentation, such as birth certificates, or appear before a commission that will make its own determination based on their physical appearance.

Sometimes that results in disputes. Rebeca Mello, a 28-year-old who identifies as Black, was approved for a foreign service job only to be rejected by one such evaluating commission that disagreed with her self-declared race.

She has wanted to be a diplomat since she was 15, and took her case to court. Mello said she supports the fashion week's diversity rule – comparing it to the creation of darker-skinned Barbie dolls whose complexions resemble her own – even as she regrets that such measures are still necessary.

"It’s sad that we need quotas," Mello said. "Our society should be at another level by this point.” View of an image of a model projected on a building during the first day of Sao Paulo Fashion Week. Photo: AFP

'This is so cool'

SPFW considers models with at least one Black grandparent to be Afro-descendant and able to help designers meet their diversity quotas. Should doubts arise about a model’s race, it requests additional documentation, its press representative said in a message.

While the SPFW's diversity rule hasn't generated any notable public opposition, affirmative-action policies in both the private and public sectors have drawn fire from the political right, including Sergio Camargo, who runs a governmental institution promoting Black culture.

When Magazine Luiza launched its trainee programme for Black applicants, Camargo, who argues that structural racism does not exist, blasted the initiative.

"We don’t want to be treated like a sub-race of incapable people who depend on benefits to ‘triumph', ” Camargo, who is Black, tweeted in September.

"The company should cancel its racist selection and ask forgiveness from all Brazilians. Disgusting!”

He has also lambasted quotas for civil servants and public university students, saying they should have a socioeconomic rather than a racial basis, and that the system will be revised in 2022.

He did not respond to requests for comment about SPFW.

On a recent day, Ana Luiza Dos Santos halted her jog to sit on the sidewalk and watch one of the feeds from the fashion show.

Supermodel Joan Smalls is on a mission to make fashion more inclusive
Delving into the afro-futuristic fashion of comedy film 'Coming 2 America'
Virtual makeup testers now the next big trend in online cosmetics shopping
How fashion at work is now different: 'I saw someone wearing just their socks'
Supermodel Natalia Vodianova named as the UN's latest goodwill ambassador
Festive nail art marks an ox-picious start to the Lunar New Year Premium
'Black Lives Matter' campaign successfully takes hold at Milan Fashion Week
A year into the pandemic, Milan's grand and storied fashion runways stay virtual
Want to switch to vegan cosmetics? Here's everything you need to know
Supermodel Coco Rocha on the pandemic: 'It’s going to be the long recovery'