What do you get when sneakers make the cross into high fashion? Luxury designs that come with a pretty hefty price tag. Photo: Dior

They are now reportedly selling for more than US$20,000 (RM84,800) on resale sites. Such is the crazy demand for luxury sneakers.

Once upon a time, sneakers were banished from high-end, dressier events. They were previously deemed as unrefined. Not anymore.

You can spot them on numerous runways. Chanel, Prada, Valentino, Burberry, Gucci and many more fashion houses are selling sneakers of their own.

Sneakers are not just something worn to the gym anymore. They are as fashionable as heels, and have made great strides on the red carpet too.

Christie's, the British auction house dealing with the finest art, antiques, jewellery and watches, is now expecting to set a new record for a sports shoe.

Eleven pairs of Nike sneakers worn by NBA legend Michael Jordan are up for auction. The star is the Air Jordan 1 High that the NBA megastar wore during a 1985 exhibition match in Italy. 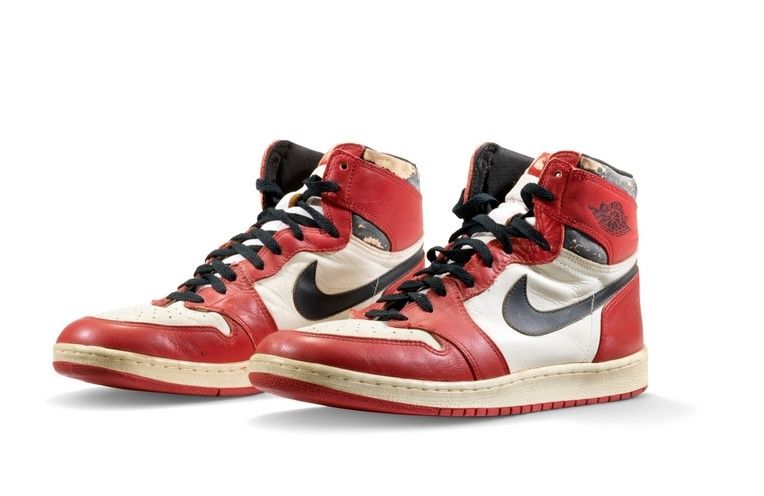 The red, white and black Air Jordan 1 High sneakers are expected to fetch a high price in the ongoing auction. Photo: AFP

Signed by Jordan, it has a piece of glass still lodged in the left sole. Jordan dunked the ball so hard during the match, it smashed the glass backboard into thousands of pieces.

Yes, this happens to be a price tag for a collector's item, but it does send out a message that sneakers are not just sneakers anymore.

The bucket hat no longer a questionable fashion accessory

Streetwear is now fashion's new luxury, and Malaysia isn't left out of the scene

Michael Jordan 'Last Dance' jersey to be auctioned in September
Malaysian designer Khoon Hooi heads abroad: 'I want to dress more celebrities'
How to perform nail slugging, a new beauty trend that's taking TikTok by storm
Citayam Fashion Week is not a real fashion week, but the hype is real
How to make your foundation smudge-proof with just a glass of water
The ‘coconut girl’ fashion trend returns once again this season
Upcoming Paris exhibition offers a stylish snapshot of France in the 1980s
Is the 'perfect body' a thing of the past? Self-acceptance now on the rise
Vanity Fare: Pamper your lips with the right products
Amy Winehouse's revealing two-pieces go on display at a bikini museum