Heart and Soul: To all the fathers who put service before self 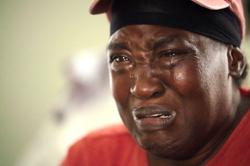 Ramalingam Ganeson worked in Telecoms to pay his way through Technical College (picture circa 1953). — Dharshan Ganeson

Though I write this in memory of my father Ramalingam Ganeson, I dedicate this to all fathers who place service before self and who make unconditional sacrifices for their families. Their actions have built the foundations upon which the present generation walks.

My father passed away peacefully aged 95 on April 10, having experienced the full effects of Alzheimer’s disease.

I want to give you a sense of the man my father was, as he entwined his boundless energy and love over the years for those he considered his extended family. He gave unselfishly and there are many who have fond memories of times shared, embedded in their minds as they make their own journeys through life.

To his family, he was a beloved husband, father, grandfather and great-grandfather; a model citizen and a profoundly decent man who was honest in his motives.

To many in the community, he was an inspiring role model, trusted advisor and loyal friend. He played the role of father figure to those in need, without fuss or fanfare.

Anyone who knew him well will immediately relate, as they read these words. There are many to whom he extended his hand in troubled times.

My father helped, with simple gestures of kindness, anyone who was in need or was trying to better themselves in society. He was a champion of the underdog.

He was born in 1925 in Jaffna, Ceylon (Sri Lanka), the eldest of five children. His family worked hard to make ends meet, and they often didn’t – an all too common struggle in 1920s Ceylon.

At the age of 10, he accompanied his uncle back to Malaya, a country lauded as a “land of opportunity”. A childless couple known to the family and based in Malaya had expressed an interest in adopting my father.

Thus, began a journey that would alter the course of his life and that of his siblings. It would provide a path for future generations and present opportunities that his family could never have envisaged.

His own father passed away a few years after he left Ceylon so he took on the duty of supporting his siblings.

It would have been a daunting journey at such a tender age in pre-war Malaya.

Starting his studies at Kajang High School, his exceptional prowess in sport, especially track and field, gave him an advantage in a then colonial landscape.

The best schools were judged not only academically but also by sporting achievements.

His sporting ability helped him to procure a much-coveted ticket into the prestigious Victoria Institution, so he moved to Kuala Lumpur with his maternal uncle.

The outbreak of war brought its own challenges and there were many stories of hardship brought on by the Japanese occupation.

Enrolling in the Technical College in Kuala Lumpur was his next milestone. He paid his own way by taking on a job as a telegraph operator.

After graduating, he began his career as a Technical Assistant in the Public Works Department (PWD), accepting his first posting in Melaka.

Journeying on a bicycle from Kuala Lumpur, he remained there for the rest of his working life.

My mother was an academic and a rarity in her time – a female Economics graduate. She married my father in 1956.

Here began a partnership that would not only influence our lives but that of many others.

My mother’s strength in academia combined with my father’s natural tendency to help the less fortunate, was a good mix for those who needed advice and encouragement to progress via education from socially disadvantaged backgrounds.

They took it upon themselves to nurture young minds and constantly drum into even their parents, the opportunities for a better life a good education could provide, to change the mindset that the children would follow their parents into a life of toil and being stuck in that social time warp.

My father’s passion for sports continued through his lifelong involvement in Melaka’s sport associations.

He also also used sports as a platform to provide employment in the PWD, identifying potential talent in youths led astray and stuck in juvenile correctional institutions like the Henry Gurney School.

With the resources at his disposal in the PWD, he was able to expedite social housing for the labour classes, construct new village schools, build roads where none existed, and get clean water supplied.

It was the time of nation-building and my father was known in Melaka as he was posted in rural areas like Alor Gajah and Tampin, which in the 1960s were underdeveloped areas.

Common sights as I grew up were rural villagers turning up at home, my father spreading out the plans for work to commence, always listening to their needs.

To this day, many friends and relatives share with us their stories about how my father touched their lives in one way or another; how they found solace, true friendship and advice when they needed support and wisdom.

His hardships may not have been unique in the generation of his time but his unselfish nature, honesty, and willingness to give himself unconditionally to a good cause, were his hallmarks.

We will all miss him, and we should all try to live as he did.

Making sure our children learn