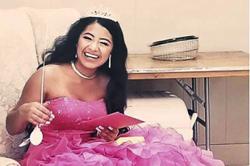 In Miami, Oklahoma in the United States, restaurants and their customers are doing their part to ease pandemic heartache, one meal at a time.

Cafes in and around the close-knit town in the state’s northeastern corner have put up “receipt walls”, allowing diners to prepay for meals and the needy to grab what they like, have a seat and refuel – judgement-free, no questions asked.

The idea of providing free, prepaid meals spread from restaurant to restaurant a few months ago. Many recipients are homeless or have otherwise hit hard times since the pandemic rolled into Miami, population about 13,000. Two February blizzards brought even more trouble.

Jennifer White, a Miami native who owns the gourmet hot dog spot The Dawg House, transitioned from food truck to brick and mortar last September, a bold move in the middle of a pandemic. She was the first to put up a giving wall. Within eight hours, she had a wall full of meal receipts.

So far, customers at The Dawg House have provided more than 600 meals.

“And we have only eight tables in our restaurant, so that says a lot about how amazing our community is, ” White said.

Some who have peeled off a taped-up receipt have paid it forward, returning to add receipts of their own. She’s had regulars purchase 10 to 50 giveaway meals at a time.

Lasay Castellano, a nursing student who recently left her job as manager of Zack’s Cafe, said the diner serves about 600 people a day. She’s been taping up receipts for nearly two months.

“We’re having a hard time keeping tickets on the wall.”

Among White’s donors is 32-year-old Derrick Hayworth, who owns a food delivery company that services The Dawg House and other restaurants and retailers.

“It’s the whole community behind it, ” he said. “It wasn’t forced. It was just meant to happen.”

When the blizzards hit, everybody pitched in to help those without places to stay. Mayor Bless Parker helped ease the homeless into hotels and supply them food from the restaurant walls, some delivered by Hawthorne.

Life in Miami, in an area where lead and zinc mines ruled more than 100 years ago, inches closer to something that looks like the old normal every day. The area’s plentiful casinos have reopened, and restaurants like The Dawg House have welcomed back in-person dining, with fewer tables to provide for social distancing.

White said a couple and their four young daughters stand out among the beneficiaries of the free meals.

“They were just so sweet, and their parents were beyond grateful and thankful, ” she said.

“They seemed like they had a lot going on. They got to sit for about an hour and a half to just have a meal, have fun and laugh, and not worry about how much they were having to spend.” – AP

Good times and goodwill come together for Malaysian voluntourists 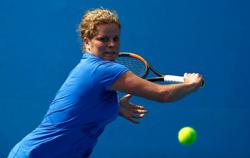 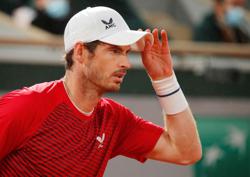