Retiree Shah Shariff, 60, may have stage 4 prostate cancer but he is keeping positive and living life to the fullest.

One of his current interests is producing cooking videos for his wife Azah Johari's YouTube channel Senduk kayu, which was launched middle of last year.

In the last 10 months, the former oil and gas consultant has produced 50 videos of his 61-year-old wife's delicacies, ranging from curries, desserts to Middle Eastern cuisine.

"I was diagnosed with cancer in January. Before that, I didn't know I was ill, even though I got tired easily. Because I never knew I had cancer, I lived a normal life. And I worked hard to produce and co-direct many cooking videos for Azah," said Shah during an interview in Subang, Selangor recently.

The self-taught video editor and producer used YouTube and Facebook to hone his skills. The Seremban-born biking enthusiast only learned these skills a few months ago, unaware he was internally suffering from an illness. 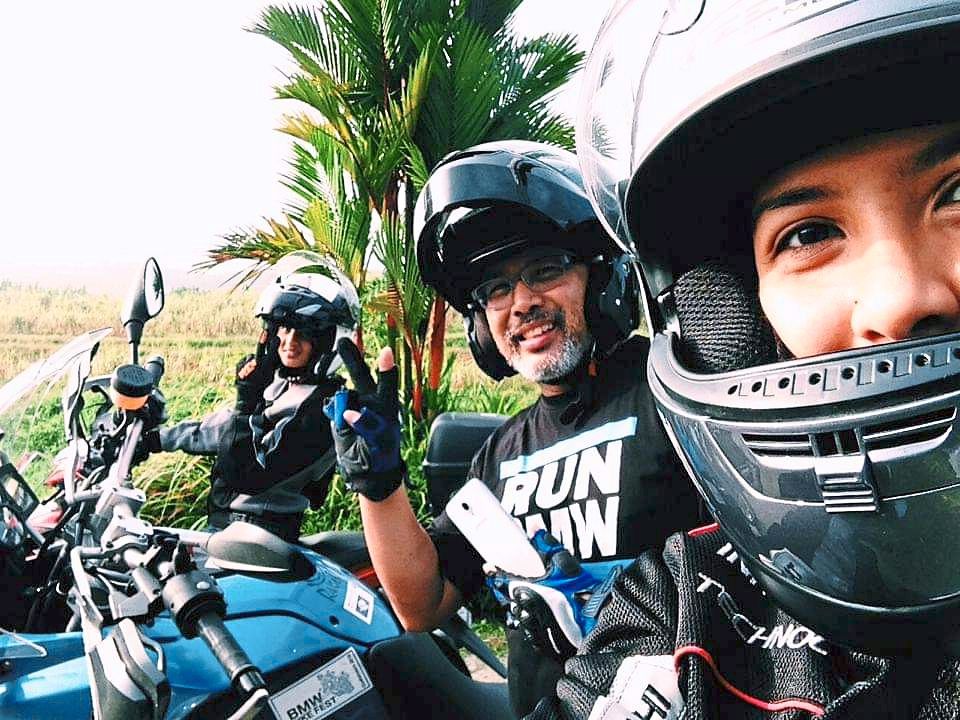 Shah (centre) is happiest when he is surrounded by his favourite biker buddies – his daughters Suliana (left) and Atiqah. Photos: Shah Shariff

"I've always been interested in video production. It's fun and it keeps me busy during retirement. I've learned how to add in subtitles, snip the edits and add in the sound bytes.

"There were times when I felt weak but I assumed it was merely age-related. In hindsight, producing videos kept me busy and that kept me going strong, even though I was unwell," said Shah, who spends between five and eight hours to edit each video. Once the international travel ban is lifted, Shah wants to travel to Thailand and Cambodia.

"Death is inevitable. What's most important is how we live our lives with the time left. Right now, my focus is on producing more quality videos for Azah and Senduk kayu, and creating meaningful memories with my family and friends," said Shah, whose hobbies include jungle trekking, camping, golf and adventure riding with his daughters.

Once the interstate and international travel ban is lifted, we can expect Shah to hit the highways and go on a road trip to Thailand and Cambodia on his 1200cc adventure bike.

Youngest American to go into space is also a cancer survivor