At the end of World War II, Harvard graduate Ben Ferencz was part of a US Army unit that investigated German war crimes. — Ben Ferencz/dpa

It's not every young lawyer who makes history with his first case but that’s exactly what Ben Ferencz did.

Back in 1947, at just 27 years old, he acted as chief prosecutor in the trial of high-ranking SS officers accused of the murder of hundreds of thousands of people.

Today, Ferencz is the last contemporary witness of the Nuremberg Trials and is still standing up for peace and justice in the world.

“He has incredible energy,” says Swiss historian Philipp Gut of Benjamin Ferencz, who calls himself Ben.

Gut spent several days last year interviewing Ferencz, the son of Jewish immigrants from Romania, at his home in Florida, the United States. “The most fascinating thing is his vitality into old age, his zest for life despite what he has seen.”

At the end of World War II, Harvard graduate Ferencz was part of a US Army unit that investigated German war crimes. He dug up the bodies of Allied pilots who were lynched and searched for evidence of the murders in Buchenwald, Mauthausen and other Nazi concentration camps.

Then he and his team of investigators made a sensational find: in bombed-out Berlin, they came across several files of secret reports in which the SS meticulously documented all the Jews, Roma, Communists and prisoners of war killed in the Soviet Union.

“On a small calculator, I added up the number of those who were murdered. When I reached one million, I stopped counting,” Ferencz wrote in the memoirs he published on his website, and which Gut also used as a source for his book.

Ferencz was named chief prosecutor in one of the 12 so-called follow-up trials that followed the trial of major war criminals such as Hermann Goering and Rudolf Hess from 1946 to 1949.

He indicted 24 leading SS men for crimes against humanity and war crimes, among other things. Among them are the four commanders of the SS task forces, called Einsatz-gruppen, who had killed defenceless women, men and children practically every day in the conquered territories in the East.

Those who covered the trial at the time described it as the biggest murder trial in history. 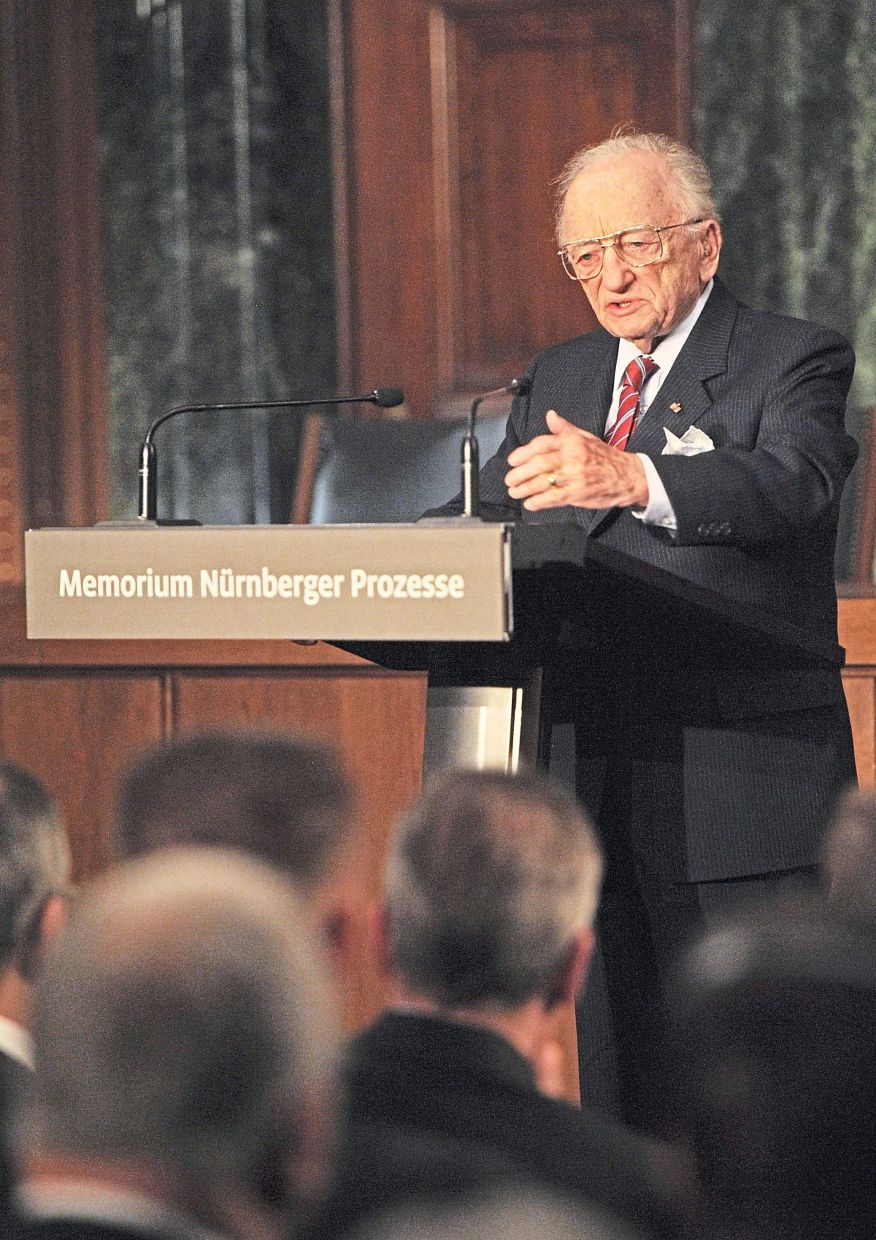 Today, Ben Ferencz is 100 years old. His greatest wish is that war should be made illegal. — dpa

“Without him, the trial would not have taken place,” says political scientist Sophia Brostean-Kaiser of the Nuremberg Trials Memorial, an information and documentation centre. Ferencz has been immortalised in the museum, which is located in the historic courthouse, with a black and white photo.

“I could have convicted 3,000 perpetrators,” Ferencz says in the book. But he chose 24 suspects. “It was a selection, a pattern, to show the world what had happened and to bring those responsible to justice.” In the end, the judges handed down 14 death sentences.

“It was a matter of setting an example,” Gut says, describing Ferencz’s desire to make clear that something like World War II and the crimes of the Nazis should never happen again. In the decades that followed, Ferencz fought tirelessly to establish the International Criminal Court in The Hague.

Ferencz, now 100 years old, no longer gives interviews. However, visitors to the Nuremberg Trials Memorial can still experience him fully in his element. In one room, a video of a lecture he gave to students runs in a continuous loop – eloquent, humorous, rousing.

His greatest wish, he says in it, is that war should be made illegal. – dpa/Irena Guettel