Senior citizens are a vulnerable group during the Covid-19 pandemic. Photo: AFP

On church days, Willy Chang, 72, is skipping service, including steering clear of his usual after-service lunch spot, and is definitely not stopping at his neighbourhood market in Alhambra, Los Angeles, for Asian pear and hot pot ingredients.

Larry Dinh, 68, is spending fewer and fewer weekends at the packed Buddhist temple in Santa Ana where he and his friends have worshipped for decades.

And Susie Hong, 66, is starting to mind her kids’ advice to avoid the ping-pong tables at a popular senior centre in Monterey Park.

As the coronavirus spreads in California, many older Asians and Asian Americans – a population that’s highly vulnerable to flu and other respiratory ailments – are taking precautions to protect their loved ones, especially those who live in close contact with family members or travel frequently across the Pacific Rim.

They’re also facing the possibility that their golden years – or at least this phase of them – may not unfold as they envisioned: long-awaited family reunions, leisure activities, going on a last tour to their homeland.

Officials at the Centers for Disease Control and Prevention are warning seniors and those with severe chronic medical conditions to “stay at home as much as possible”. One reason elderly Asian men are at risk is that many have pre-existing respiratory problems due to smoking, according to experts.

The CDC’s initial data indicates that older people are twice as likely to be victims of the virus, a circumstance that’s upending countless lives.

It’s a painful reckoning for elderly Asian Americans, many of whom have endured lives of hardship. For Chang, Dinh and Hong, who collectively have survived robbery, illness and war, the Covid-19 pandemic – which has infected hundreds of thousands of people and caused over 20,000 deaths worldwide – has forced them to follow a new normal of remaining indoors and changing old habits overnight. 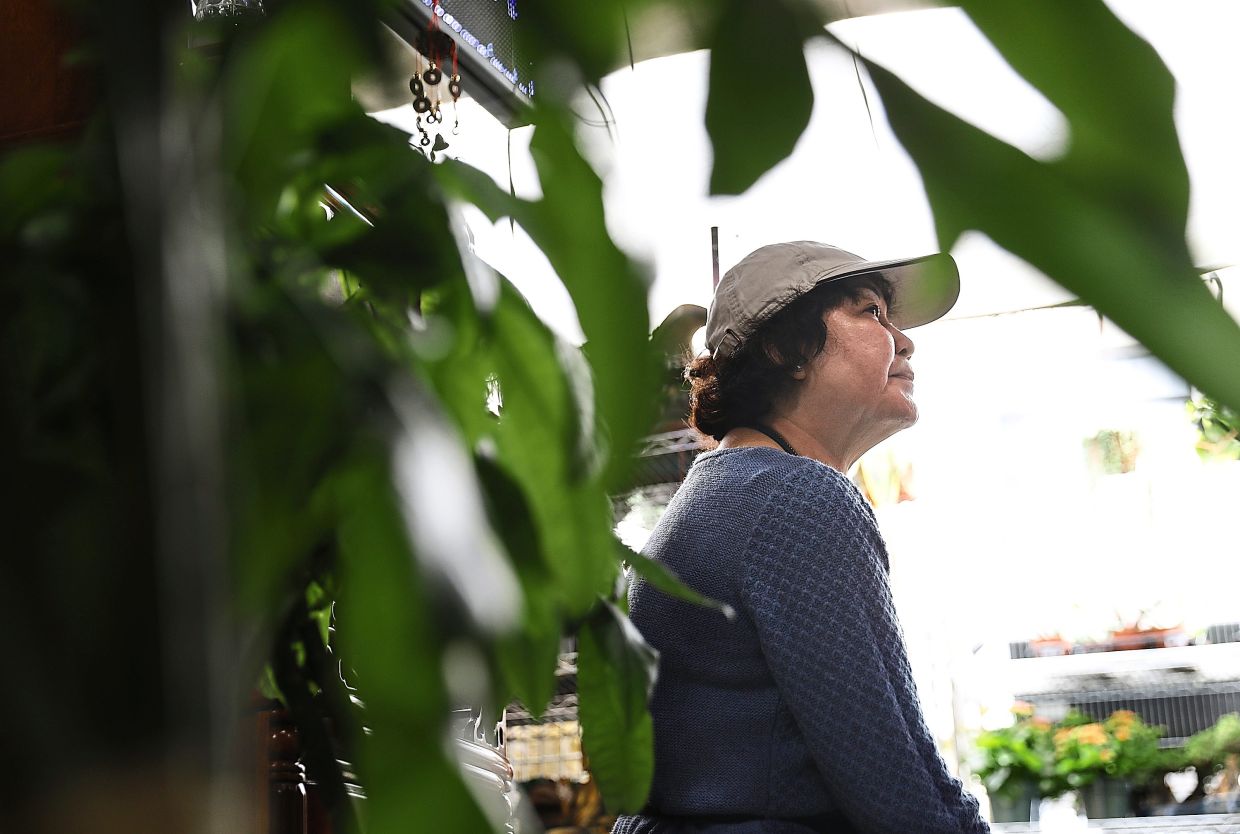 “It’s horrific, this feeling that we’re trapped and targeted at the same time, ” said Dinh, a refugee who fled his birthplace for the United States in 1980, five years after the end of the Vietnam War. “I survived losing my brother, my friends, my possessions and my identity – then coming to a strange country and beginning over – and now this global crisis.”

The former manufacturing clerk toiled in the US in janitorial jobs, settling in Anaheim, where some of his relatives who do business in Asia gave him a temporary room. Through the years, Dinh saved money to be able to return to his homeland for a first visit in the late 1990s. His second visit was planned for this spring, but he cancelled it.

“Who can fly these days?” he said. “It isn’t even advisable to go to a wedding. Currently, the only safe way we can stay in touch with each other is through Skype.”

Hong similarly feels frustrated. The retired Chinese American nanny is no longer able to carry out her routine.

“We’re at a stage in our lives when we should be at peace, ” she said. “We’ve raised our children and other people’s children. We worked so hard for so long. I thought we can travel around the world, but no, we must keep to where we are. Every day, you hear of more people dying.”

She has to be careful, because she is diabetic. She wants to stay active and recently discovered ping-pong, offered at the Langley Senior Center near Monterey Park City Hall, where she’s been going every week. On a recent afternoon, surrounded by the staccato beats of bouncing balls, she told a playing partner she will be staying away for a while. 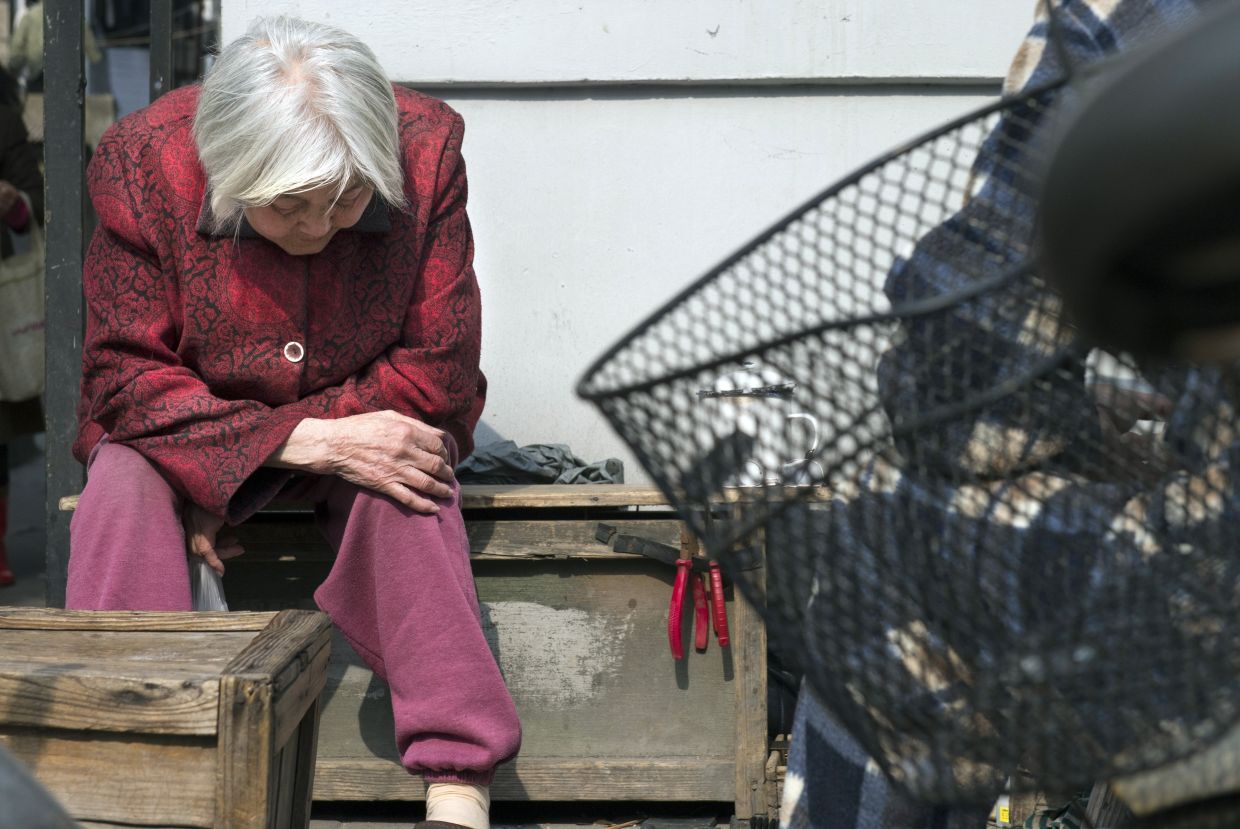 The elderly have had to give their usual recreational activities a miss during the coronavirus situation. Photo: TNS

Her eldest child panicked about the chances of her contracting the virus, after doing more research on the Internet, Hong said.

“My daughter also told me she went to a seminar where they described everyone living in a ‘soup of germs’. That got my attention, that sounds so scary, ” said Hong, a mother of three. “Even in our house, where we have the most control over our environment, we still have to be careful. I’m cleaning twice as much as I used to because in my mind, I imagine the bad chemicals flying everywhere.”

Chang, who has three grandchildren, said that Wuhan, the city in southern China where the first cases of Covid-19 emerged, has become a household word in Asia as well as among Asian Americans. “Before, none of us knew where it was. Now, when I see it in the newspaper, I have to read the article to educate myself. We are desperate for updated information.”

Chang, who is Korean American, said he hasn’t been this “terrified” since burglars stole tens of thousands of dollars worth of jewellery from his son’s home in 2015. Back then, he remembered the household going “crazy”, changing locks and buying security cameras.

“We feel completely powerless about that situation and it’s the same with this situation, even more scary, ” he said. “As a senior citizen, I consider we actually have less freedom than the younger generation because we’re faced with this virus while in the last chapter of our life.”

So Chang, who has three grandchildren, no longer goes to school assemblies to watch their performances. He’s not heading out to get a haircut or pick up a Korean-language newspaper. He relies on cable television to help him track the spread of disease – and the spiralling number of fatalities.

Realtor Fred Wong, 81, who hails from the Guangdong province of China, said he’s familiar with the symptoms of the virus, but escapes from the news when he has a chance. He goes to play mahjong with buddies at the Hop Sing Tong Benevolent Association in Chinatown, Los Angeles. 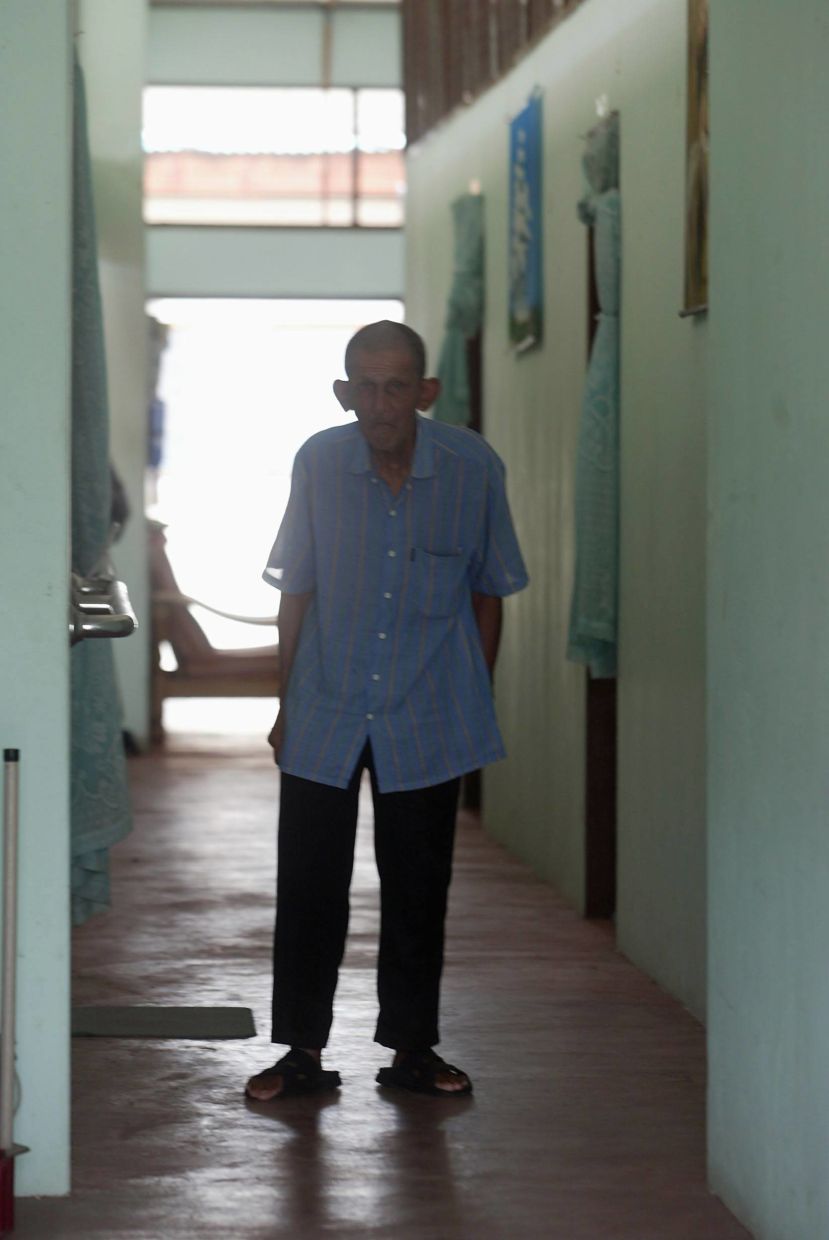 They should be enjoying their retirement years but senior citizens have to worry about contracting the coronavirus. Photo: Filepic

“Everyone smokes here. Can smoking keep the virus away?” he joked, adding that he, too, has cancelled international travel to Asia in March.

As health warnings multiply, with experts pushing the public to keep away from crowds, Wong pointed to the semi-circle of players in front of him and said, “This is not too many. We have our recreation to forget the trouble popping up everywhere. Otherwise, I try to listen to what the US government says when they tell us ‘stay, don’t go.’”

A few blocks away, Luu Ha, a cook and waiter at Pho Hoa, said he worries his fellow seniors will become “very, very isolated” if the “old people have no choice but to remain indoors and avoid mixing in society”.

At 70, he has refused to retire, despite constant urging from his seven children. For as long as he can, he hopes to earn his own money, spending it as he sees fit.

“If I stay home, it would be so dull, ” said Ha, who on a recent morning, scoured the scene outside the restaurant, along an empty Spring Street, where shoppers and diners appear less and less in the ethnic enclave.

“Death is something we all fear – who doesn’t?” he asked. “But we still struggle to maintain our sanity.”Near him, saleswoman Phuong Hong manned the front entrance to Rainbow Gifts, staged with bonsai, lucky bamboo and lacquer art. The 62-year-old said there’s one clear challenge to the elderly that “not many among us think of. The problem is no matter what you say, the kids may not let you do it. Many of them want us home. They want us protected.

“They stress so much about things that will harm their parents and grandparents. For the old people that live in fear, ” she said, the young people “nourish that fear”. – Los Angeles Times/Tribune News Service

Keeping our seniors safe from Covid-19

Covid-19 etiquette: Dos and don'ts to follow during the coronavirus pandemic