After a health scare, Amri Rahim lost 50kg and is the fittest he has ever been

When Amri Rahim crossed the finish line at the Melbourne International Marathon in Australia last October, he wept. It wasn’t just the high from completing the gruelling 42km distance that brought on the tears but an immense sense of pride he felt for successfully turning his life around.

Just two years before, Amri was diagnosed with diabetes. At 120kg, his doctors warned him that if he didn’t change his lifestyle drastically, he would be at risk of serious health complications.

It was exactly the jolt that he needed to take control of his life. 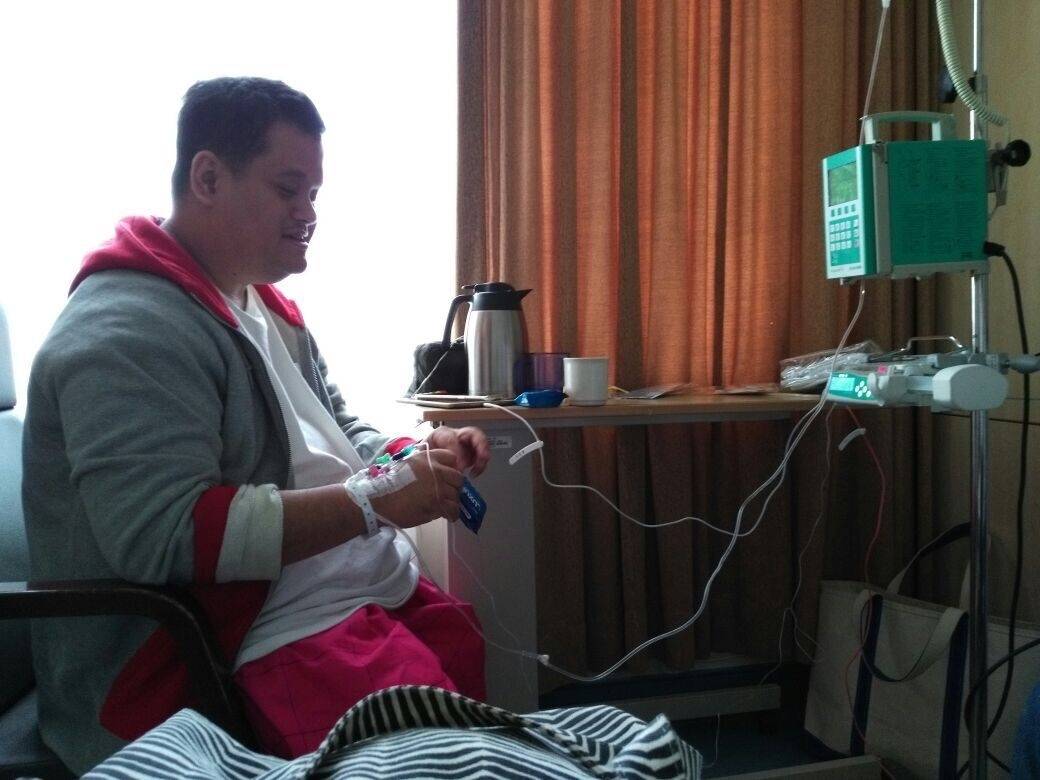 At 40, Amri Rahim was diagnosed with diabetes and doctors warned him that if he didn't change his lifestyle, he was at risk of serious health complications.

“I admit that I was completely ignorant about health and had no clue what the healthy blood sugar level was. I went to see the doctor to treat a flu and mentioned that I was thirsty all the time and wasn’t getting enough sleep.

“The doctor had my blood tested and atsix the next morning, she telephoned me and told me to admit myself into hospital.

“My sugar was at 30mmol/L and because I was so ignorant, I thought that was probably just a little over the healthy range. When my doctor told me that normal would be about 5, I was really shocked. And, when I found out the health complications that could come if my sugar level went unchecked, I was terrified.

“I was also remorseful and very disappointed with myself because it was all my own doing... there was no one else to blame. Amri Rahim had no choice but to get healthy when he was diagnosed with diabetes two years ago at age 40. he has lost 50kg and is now fitter and heathier that he's ever been - SAM THAM/The Star“In that same vein, I knew that I was the only one who could get myself out of this situation, ” says Amri, 43, who is a public relations consultant based in Kuala Lumpur.

He decided then and there to change the way he ate and, more importantly, his sedentary lifestyle.

“I’d had enough fun for the past 40 years and it was time to change for the better, ” says Amri.

Amri spent five days in hospital in late 2017 as doctors administered medicines to bring his sugar levels down to a normal range. The doctor taught him how to administer insulin shots on himself and a nutritionist advised him about his diet and eating habits and told him to get moving.

“It was a wake-up call. The day I came back from hospital, I went for a 30-minute walk around my housing area. I was determined to start anew. It was the first time I did any exercise in a long time. Prior to that, the most exercise I’d get would be walking around malls, ” he says candidly.

In the beginning, walking was about the only exercise Amri could do. He had to lose weight before he could do anything more strenuous.

He also changed his eating habits, which saw a drastic change in the way he felt and looked.

“I dropped 40kg in the first eight months which surprised even my doctors. But I was determined to get better. I am now about 70kg and quite happy with how far I have come.

“Obviously, I ate too much before. It was not easy but I began to control how much I ate and how often. I love food... especially my mother’s cooking and instead of denying myself my favourite food, I controlled how much I ate. Instead of three helpings of rice, I’d have one moderate portion. I also used to drink soft drinks every day and now, I haven’t had a single can in two years, ” shares Amri.

Getting diagnosed with diabetes, says Amri, was the best thing that could have happened to him as it forced him to halt the self-destructive snacking and sedentary lifesyle that had caused his weight to balloon and his health to suffer. Amri started small, walking around his neighbourhood for 30 minutes a day. He then lost enough weight to start more rigorous exercise and fell in love with running.“It was a blessing in disguise. I am the healthiest and fittest I have ever been in my entire 43 years. If I hadn’t been diagnosed, I don’t think I would have changed my lifestyle at all. My weight has yo-yoed throughout my adult years – I have been skinny and fat but in the past 10 years or so, I ballooned. I was consumed with work and life and didn’t think about what I was eating and so the weight kept piling on and on.

“To be honest, my friends did try to get me to join them at the gym but I would always brush them off or laughed about it. I think I was too embarrassed to go to a gym because of how heavy I was. I was embarrassed to be seen working out. I also felt that there wasn’t much I could do to change my physique. So this (getting diagnosed) was just the wake-up call I needed, ” shares Amri.

Apart from running, Amri also does studio cycling and high intensity workouts and circuit training. From being a couch potato, he now “gets antsy” if he does not get to exercise.

But running has become his pure passion. The Melbourne run was his first full marathon but it definitely won’t be his last. Completing the distance was an emotional moment for Amri as it signalled how far he had come in his transformation.

“I am not ashamed that I cried. Anyone who has run a marathon would agree that it is a huge achievement. And for me, from being an obese guy to finishing my first marathon, the sense of achievement was unfathomable almost. But I am damn proud that I did it and I am going to own it.

“Two years is quite a short time to run a marathon, considering where I was coming from – I was obese and have never liked running. Even in school, I hated the 100m dashes we had to do. But now, I love to run.

“It didn’t happen overnight. It took me six to eight months to do my first 5km run. After that I progressed to my first 10km, 12km and then my first half marathon last year. I enjoy doing runs in big groups because it is great to see people from all walks of life, all shapes, sizes and ages doing the same thing as you. It is very motivating and humbling, ” shares Amri.

Amri’s friends and family are thrilled at his transformation, and relieved that he is taking care of his health and well-being.

“I think it is the first time my family is seeing this side of me, ever. All of a sudden I am waking up at 5am to run or go for a workout class. Although I do not spend as much time with them at home because of this, they are very supportive because they know how important this is. 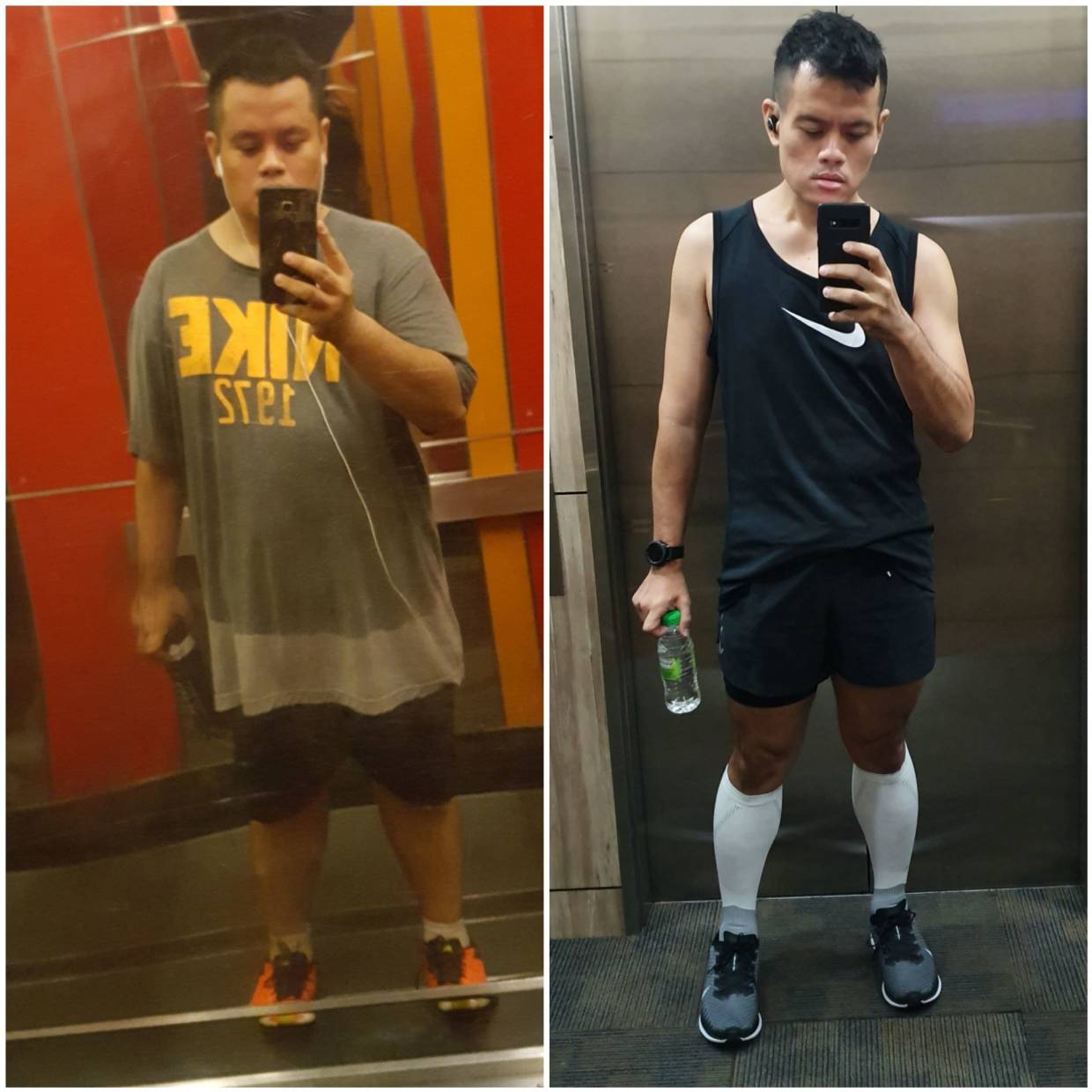 After he was diagnosed with diabetes, Amri decided to change his lifestyle. He started walking and then running and now, he works out almost daily. He has lost 50kg as is the fittest he has ever been in his life.

“My friends, on the other hand, are more blunt and say they were not surprised by my diagnosis because they know how I lived my life. But they are my biggest supporters and have been cheering me on since day one and they are, I think, quite proud of me too. In fact, a couple of them flew to Melbourne with me to cheer me on at the marathon, ” says Amri, who is known among his friends for his sparkling personality.

His physical transformation has also drawn compliments from strangers who’ve seen his “before” and “after” photos on his social media feed. Amri isn’t bashful about sharing his journey (he posts photos of his bigger self sometimes to remind himself of how much he has achieved); instead he hopes his story can motivate others to turn their lives around too.

“I want to be that person who encourages others to be more active and have a healthier outlook on life. Perhaps I will start with my own circle of friends and encourage them to get on their feet, even if it’s just to walk, ” he says adding that he is already thinking about his next marathon.

“It all boils down to whether you want to change. Nothing anyone can say will make a difference if you don’t want to take that first step. My advice is to start small, but start today. It doesn’t have to be a marathon or a big event. Just start exercising and keep at it.” 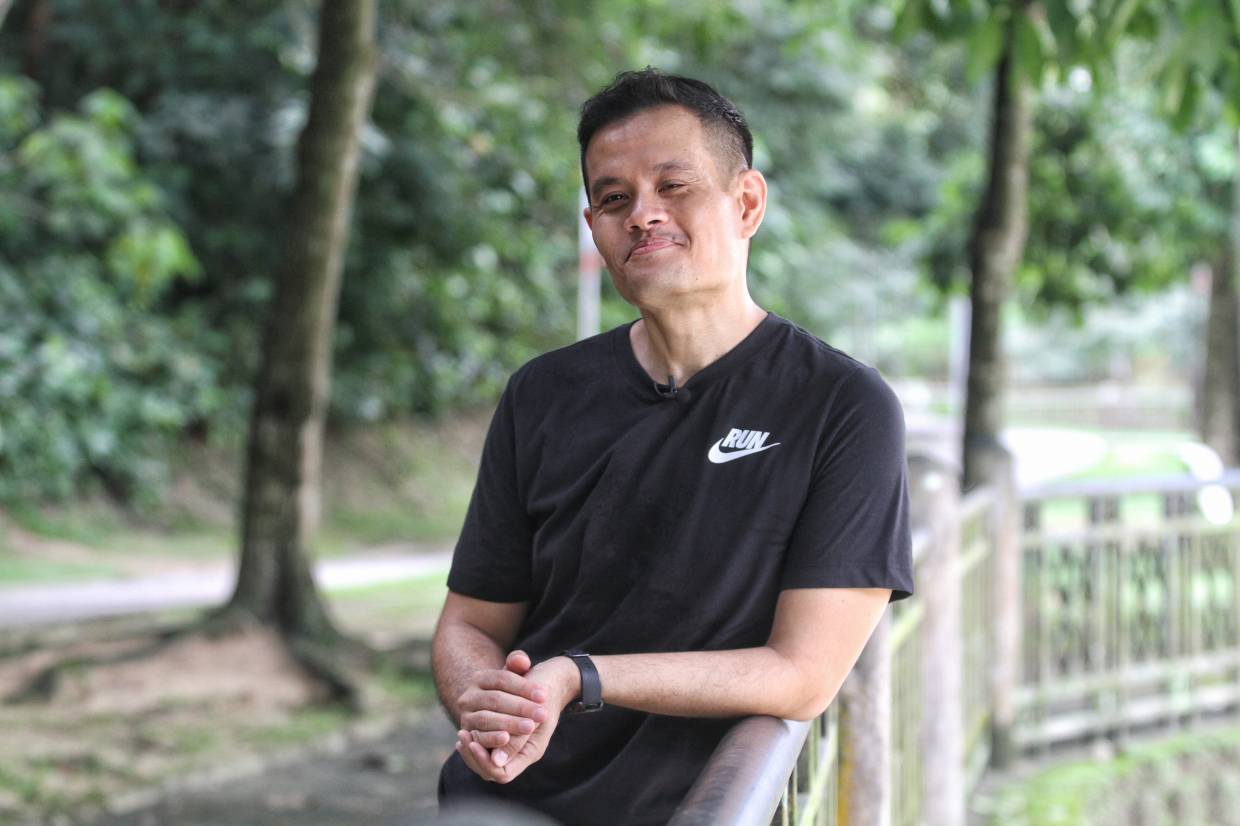 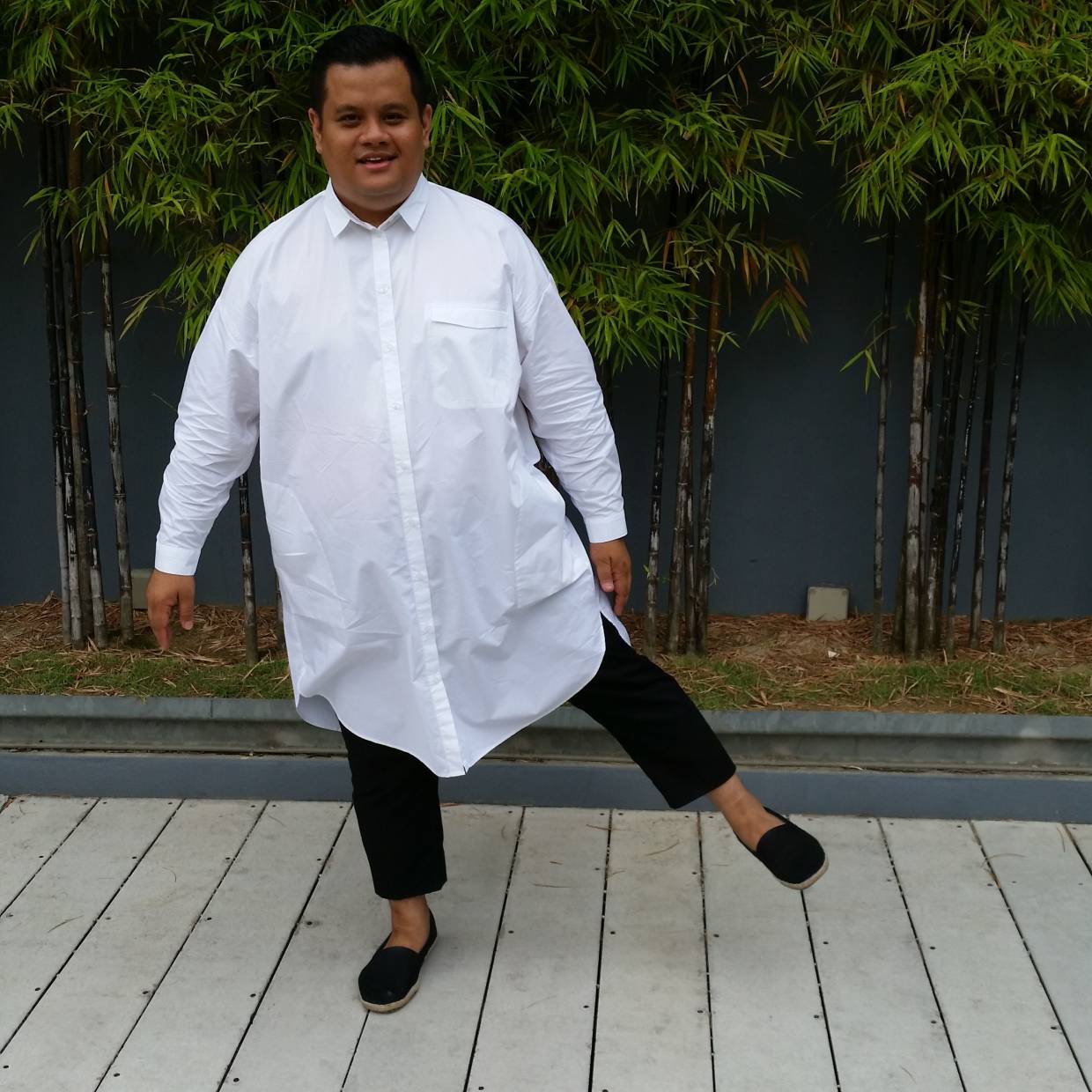 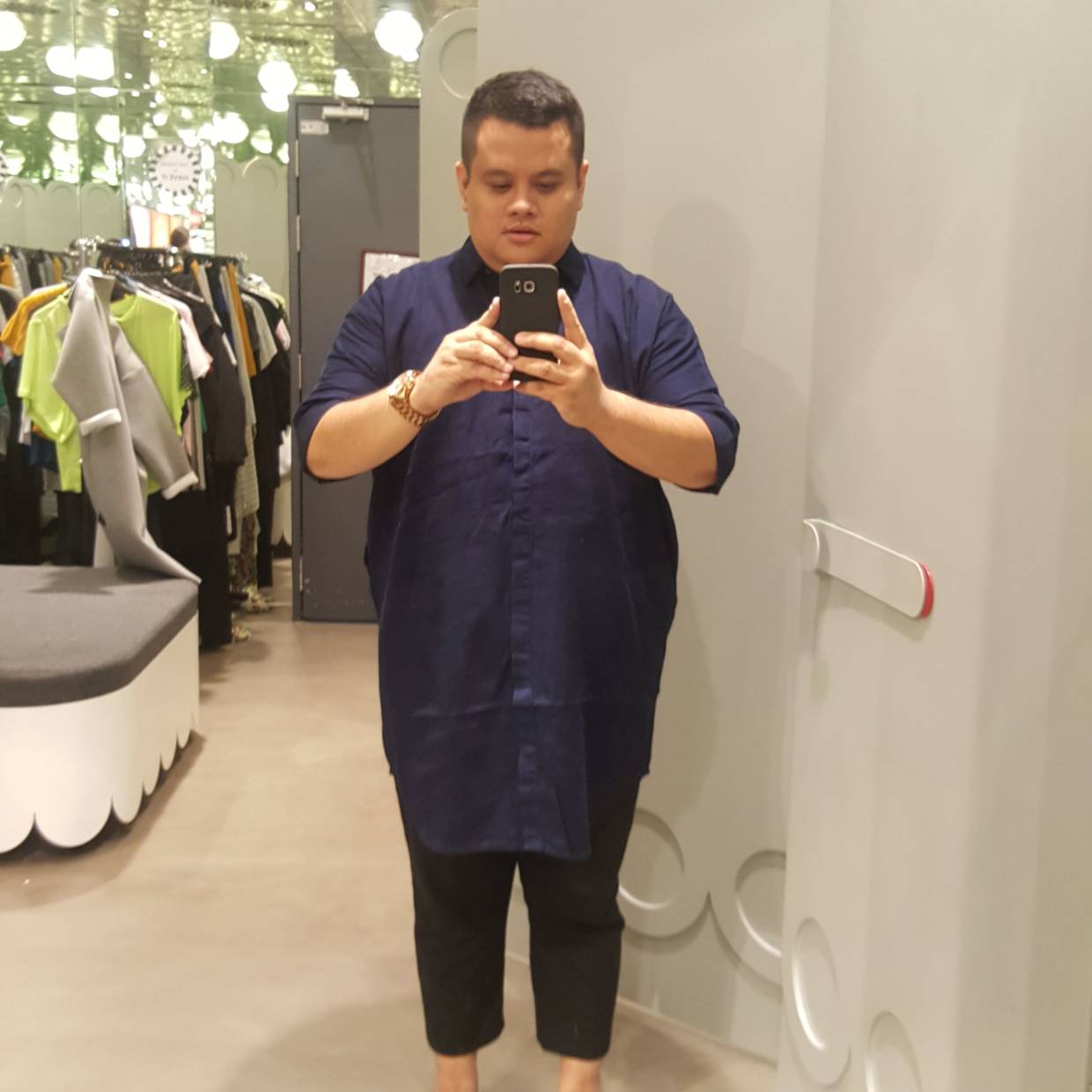 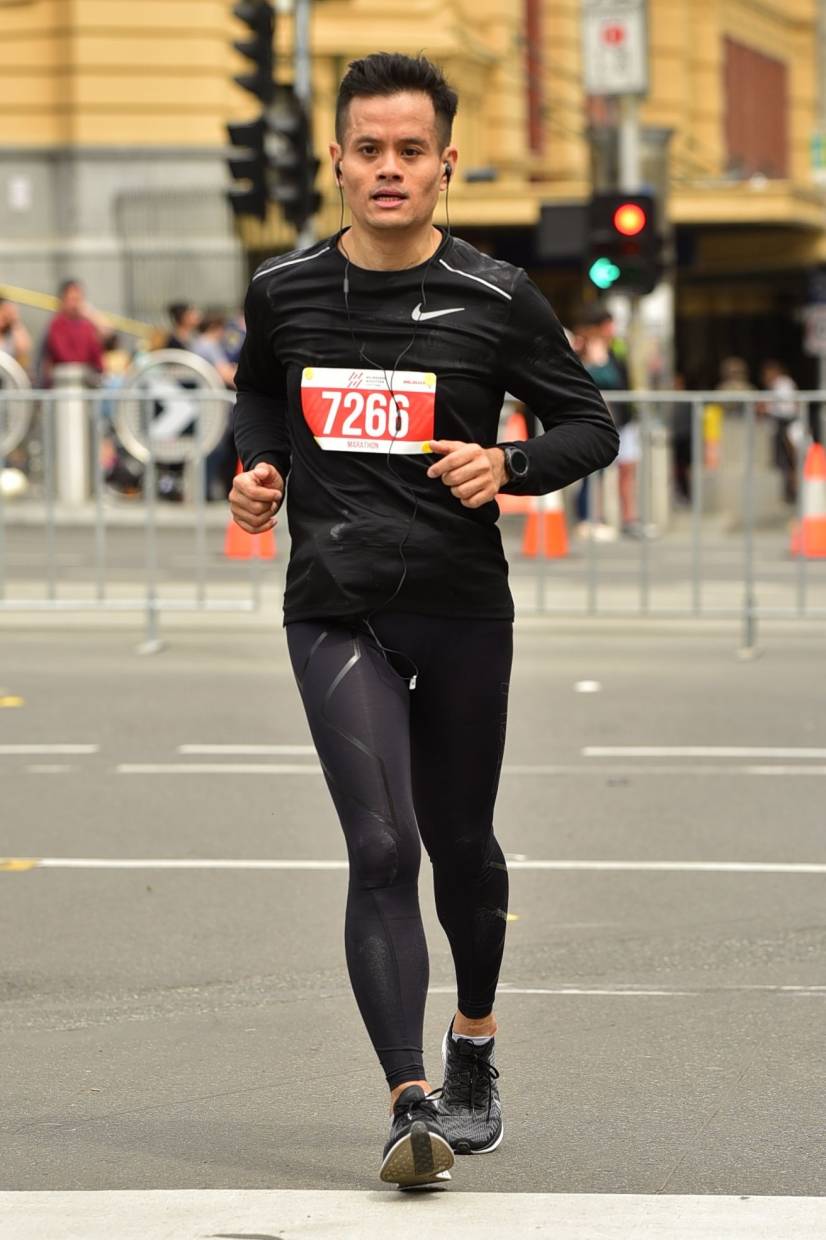 Amri is now the healthiest and fittest he has ever been.

After he was diagnosed with diabetes, Amri decided to change his lifestyle. He started walking and then running and now, he works out almost daily. He has lost 50kg as is the fittest he has ever been in his life.

Amri Rahim had no choice but to get healthy when he was diagnosed with diabetes two years ago at age 40. he has lost 50kg and is now fitter and heathier that he's ever been - SAM THAM/The Star

Amri started small, walking around his neighbourhood for 30 minutes a day. He then lost enough weight to start more rigorous exercise and fell in love with running. He ran his first marathon two years after switching to a healthier lifestyle.

Amri Rahim hopes to inspire others to get moving and eat better by sharing his journey.

Amri didn't give much thought to his weight even though friends would urge him to eat better.

Amri didn't give much thought to his weight even though friends would urge him to eat better.

At 40, Amri Rahim was diagnosed with diabetes and doctors warned him that if he didn't change his lifestyle, he was at risk of serious health complications.