We speak about the New Malaysia, and brim with hope and anticipation. The truth is, what we want is the old, original Malaysia. The one made from the original recipe, with perhaps a little more zest.

Many of this generation have no true understanding or appreciation of the sacrifices and work done by the original Malaysian generation, the likes of Tan Sri Khir Johari, Tan Sri Thanabalasingam, P.P. Narayanan, Tan Sri Lee Boon Chin, Tan Sri Tan Chee Khoon, Tan Sri Zain Azraai, Tun Raja Mohar and Tun Suffian. They have virtually been forgotten both by the history books and in the public psyche.

How can we truly move forward if we don’t appreciate our past and the people who gave us the foundation that has allowed our success?

The people mentioned are those I grew up knowing and admiring, and that was because of one other founding father – my own Dad, Tan Sri Dr B.C. Sekhar.

These people were nation builders.

We need to remember them now if we are to push ahead in this New Malaysia and overcome the obstacles in our way. We need to be inspired to keep standing and push ahead.

This is not a country for or of just Malays, or for any other race. She is a nation of Malaysians, for all Malaysians.

Twelve years ago, when my father passed away, I wrote something to share my view of this great man, this incredible public servant. He would have been so very proud of all of us, and proud to be Malaysian, with the results of GE14. I would like to share again my thoughts on the B.C. Sekhar I knew and loved.

On Friday, Aug 29, 2006, I received a call from my Dad. He was excited about some breakthroughs he felt he was making with a few of his innovations.

He had misplaced some contact numbers of friends in Mumbai, and he wanted me to get them for him. Which I promptly did – and he met up with them over the weekend.

Little did I know that the 15-minute chat earlier on the Friday would be the last time I would ever speak to my Daddy again. I remember talking to him about a conference being held in Singapore, that I was participating in the following week. We briefly talked about Malaysian politics, and about St Vincent and the Grenadines, and then Cuba. He wanted to meet Fidel Castro.

“Maybe I’ll take Mummy before our anniversary,” he told me. “With my grandchildren.”

His grandchildren were the bright stars in his universe. They loved him, and he loved them. He had just spent three weeks with the five older ones of his eight grandkids, which included my daughter Petra. They had travelled all over the southwest of India – in cars, in trains – visiting the villages of his ancestors, and all his relatives.

Petra and Dad had become very close in the months and year earlier. She had come to view him as her buddy, not just Papa.

On Wednesday, Sept 6, 2006, while I was having breakfast in Singapore, I got a phone call that started the worst day of my life. It was a simple statement, made to me by my eldest brother. “He’s gone.”

That very morning, Tan Sri Dr B.C. Sekhar died of a massive, silent, cardiac arrest. We were told it was over in less than 40 minutes.

My youngest daughter, Tara, kept asking every once in a while, for months after, “When is Papa coming back? I want to go see him.” As a five-year-old, she didn’t understand the concept of death. After all, if Papa had gone to see God, he had to come back at some stage.

At the funeral, she wanted to be allowed to kiss him. In the past, every time her Papa slept, all she had to do was kiss him to wake him up. My little girl was convinced she could wake him up.

Let me tell you a little more about Balachandra Chakkingal Sekhar, or Unni, as he was affectionately called.

He was born on Nov 17, 1929, in the Ulu Bulu Estate, about 6.5km from the 1,375ha RRI Experimental Station. He joined the Rubber Research Institute as a chemist, by chance. He went looking for a job, although they said there was none on offer. But, so impressed was the Englishman who spoke to him, that B.C. Sekhar was offered a job.

In 1964, he became the Head of the Chemistry division, and then in 1966, he created history by becoming the first Asian Director of Research. It was front page news when it was announced.

He rose to become the first Asian Chairman and Controller of Research.

At his peak, he led an industry that accounted for about 70% of the GDP of Malaysia.

He also developed a research organisation that was held as the most respected Rubber Research Institute in the world.

Along the way, he founded the Palm Oil Research Institute of Malaysia (PORIM), now known as the Malaysian Palm Oil Board (MPOB, starting with two employees, and now several thousand). He led this organisation for a decade and created a world-class research institute in the process, the Rubber Industry Small Holders Development Authority (Risda), the Malaysian Rubber Development Corporation (Mardec), Malaysian Carbon, and played a role in the creation of Petronas and the Malaysian International Shipping Corporation (MISC). The list goes on.

When he was made a Tan Sri, he was one of the youngest recipients. Soon after, he would decline offers of a British Knighthood. His reasoning was simple and straightforward, “How can I, as a Malaysian Lord (Tan Sri), be beholden to a foreign Queen?” His principles just would not allow it.

His integrity was legendary. I remember once asking if his official car in England (he was Chairman of the Tun Abdul Razak Research Centre in Hertford), could collect me from school to take me to the airport at the end of term.

He said “No!” without hesitation.

The car is an official car and only for official business. “Unless I am in the car with you, it cannot be used. Take a train.”

And if he was in the country at the time, he would be waiting for me at the train station in a cab. Again, he didn’t approve of the government car and driver being used to ferry his son – even with him in it.

Growing up, my father was always there for me. It didn’t matter what I did, or how badly I screwed up – I always knew that he would protect me, that he would forgive me. I grew up with more love than any individual ought to be blessed with.

We were very similar in temperament and ideas, and that probably explains why we were so close and why we fought many times about all sorts of silly things. But it was always short-lived and over before you knew it.

When he smiled, he lit up an entire room. His presence commanded attention, and everyone always gravitated, quite naturally, towards him. He was as comfortable with kings and prime ministers, as he was with plantation workers and clerks.

A former Union leader recounted a conversation with him during the wage negotiations. He recalls my father saying, “I’ll take care of the tree, you take care of the man under the tree. But always remember, if there is no tree, there will be no man under it.” The Union leader then added, “In the end, as was his style, he took care of both.”

You never really know what people think of you or your contributions until you’re no more. From the thousand-odd people who came on the day of the funeral, I knew what people thought of my father.

My family was overwhelmed by the grief and love that was shared with us, by so many people. It was truly Malaysian. All races, all religions.

At one point, an old friend of my father’s, who had become a Hare Krishna devotee, asked my mum if he could pray for my Dad by his coffin. As he did so, another old friend who had arrived came and recited verses from the Quran. Speaking to my mother that same moment was a lady who had become an evangelical Christian. I remember just staring at this picture. None of them had any issues with what the others were doing. They were united in grief, and united in the belief that there is a far greater power in this universe that dictates everything, and loves everything.

Even in death, my father was sending everyone a message.

From leading an organisation that held sway over tens of billions of dollars of income for Malaysia, he retired as a normal pensioner. No big directorships, no big cash hoard in banks, no private businesses. But he had what he felt were more important than anything – the love of his family, the respect of his peers, and his integrity.

He was a proud Malaysian who was a patriot and a nationalist. Malaysia had, in him, a global scientific icon who was a Towering Malaysian before they started using that term. A man who, right up to the last day of his life, was creating, inventing and developing technologies and ideas to make life better, not just for the poorest among us, but for all of us. And incredibly, never expecting or needing to be rewarded nor remembered for it.

If, at the end of my life, I truly achieve half what my father had – then I will die a very happy, and incredibly successful man. I am nowhere near halfway now, but I suppose it is something I can aspire to.

Twelve years ago, I lost the most influential and inspirational person in my life. He was not only my father, but also my best friend. Losing him changed my life, and not a day goes by that he isn’t on my mind or heart.

I hope that I eventually grow to become the kind of man and son that my father would have been proud of. I hope I have the strength of character to maintain the kind of integrity he had. I hope that, one day, my daughters can be as proud of their father as I am of mine.

“It is what you do that counts, and your most important audience should be your mirror.” My Dad took the road less travelled, and looking at the state our world is in now, maybe we all should follow suit.

Datuk Vinod Sekhar is the founder and chairman of the Petra Group and Sekhar Foundation. 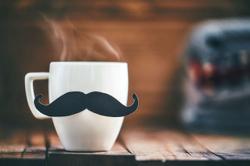