Thomas Ng of Genasthim and his employees. Rep: Kenneth Chaw

One entrepreneur shares how he has opened up more employment and business opportunities for persons with disabilities.

As a child, Mariecell Fornis always had a clear vision of what she wanted to be when she grew up: she’d be clad in a neatly pressed office suit with a laptop bag swung over one arm, her high heels would click the pavement as she got into her car and drove off to work – every bit the part of a successful corporate woman.

“My father and I were picking up my sister from her school prom. Along the way, he tried to avoid a road construction and...,” recalls Mariecell who was then a college student from Davao City in Mindanao, Philippines.

“When the accident happened I thought my dream would never become a reality,” says Mariecell who was rendered blind and disfigured following the tragedy.

Established in 2009 by Malaysian entrepreneur Thomas Ng, Genashtim has recruited 40 persons with disabilities (PWD) out of its 50 permanent staff from Malaysia, Singapore, the Philippines, China, Vietnam, Cambodia and Jamaica.

Ng, who is the founder and managing director of Genashtim hires persons with disabilities because he realises there is a place for them in the corporate world.

His work on promoting employment and business opportunities for PWDs is even recognised by the United Nations Economic and Social Commission for Asia and the Pacific (Unescap).

He was inspired after a visit to a computer school for the blind in the Philippines where the visually impaired are taught to use the computer.

“The school had trained 500 blind people to use the computer over five years but unfortunately, hardly anyone was gainfully employed,” shares the Penang native who has 25 years experience as an international executive with leading MNCs in Europe, Asia and Australia.

The 57-year-old entrepreneur feels that with some adjustments, people with disabilities can easily be put to work.

“One of the main problems PWDs face is commuting, especially in less developed countries. If you take that problem away, they can function just as well as the able-bodied. So, we have a work from home model at Genashtim.”

Genashtim offers eLearning services to its clients which include AirAsia, Herbalife and Taylor’s University.

The job is ideal for PWDs as they need only switch on their computers and coach students from the comfort of their own homes. Though the company is registered in Singapore, Genashtim has no physical office. 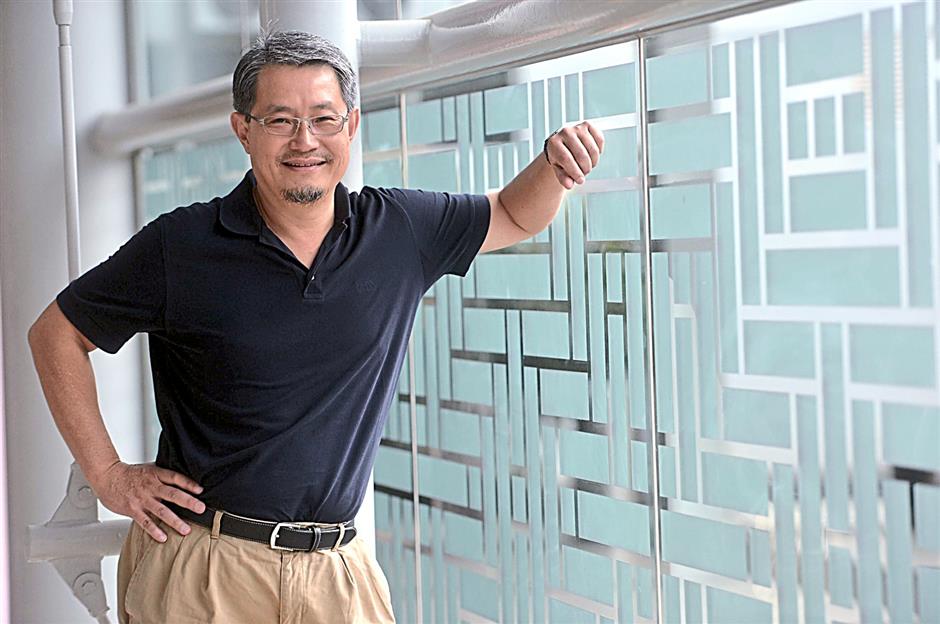 Thomas Ng has big dreams for Genashtim, believing it could be worth US$100mil (RM320mil) one day.

Safida Nadia Mohd Saidi understands the issue of mobility all too well. Safida has cerebral palsy and is able to use only one finger. She was working at the customer service and technical support department in an IT and accounting software company for almost a decade but was dealt with an ultimatum when the company decided to relocate. “The company was moving to a new office which wasn’t condusive for me.

They told me that I’d either have to find a way to climb up the stairs to get to the office or leave the company,” shares the 33-year-old. She now works as an operations assistant and a native language coach with Genashtim from her home in Bagan Serai, Perak.

“In any organisation, everybody has some form of disability or another. If you start a company, you wouldn’t hire a workforce of only accountants because you’d need people to bring in business too. In that way, accountants are disabled because they may not have good interpersonal skills. Likewise, you wouldn’t have a company full of salespeople either as you need people to look after the books,” he explains.

Ng says that he extends this “management concept” to physical disabilities too. By understanding what his employees can and cannot do and combining that with what technology has to offer, Ng has created a functioning, efficient work environment for all.

A case in point is Mariecell who once had a deaf assistant who lived two hours away from her. “People ask me how her assistant can live so far away. They wonder how the two communicate. But, they just need to turn on their laptops. The deaf person can see and type while the blind person can use the screen reader (a software that reads documents out loud),” he explains.

“I believe they do an even better job. They are a lot more reliable, loyal and work harder because they value their jobs more. Most people we hire have never worked before and you don’t see anybody headhunting them,” he says. Genashtim also has a low turnover rate which in turn ensures consistently high quality services.

There is no glass ceiling at Genashtim. In fact, half of its management positions are taken up by PWDs like Rajkumar Selvaraj, 34, who is a process manager there.

“I was a section manager for an established telecommunications equipment company in Penang. I was at a picnic at a waterfall one day when I fell and became paralysed from the neck down,” recalls Rajkumar, who holds a Masters in Telecommunication Engineering.

The unfortunate accident happened four years ago. He was first interviewed in mid 2011 for a position as an English language coach but Ng recognised his potential and felt Rajkumar could oversee and ensure the smooth running of Genashtim instead. Since then, Rajkumar has also taken on the role as an account manager, acting as a liaison between clients and the company. Rajkumar Selvaraj had a successful career at a telecommunications equipment company until an accident left him paralysed from the neck down. He is now a process manager at Genashtim.

Mariecell, who was previously a part-time transcriptionist, started at Genashtim as Ng’s secretary but was promoted to human resource manager about two years later. Not only does Ng entrusts them with decision-making positions, in the future, he plans to have them hold 80% of the company’s shares.

Ng doesn’t discriminate against his employees with disabilities but he is quick to point out that he has no qualms about terminating them should they, like his able-bodied employees, underperform.

“We hire and fire at will. There’s no sympathy here. If you prove yourself, you can stay, if you don’t, my PWD staff themselves will fire you because they realise the company will collapse with so much deadweight.Sometimes, you have to cruel to be kind,” says Ng who has fired a number of employees with disabilites for their poor work ethic.

As for the future, Ng has big dreams for the company. Genashtim, who is one of 40 companies included in the International Labour Organisation’s (ILO) Global Business and Disability Network, has already expanded its services to include remote surveillance and remote IT support. He envisions the company to be worth US$100mil one day.

“I just want to give them an opportunity to climb the corporate ladder. It is there and it is real. I always tell them, ‘you can be successful beyond your wildest dreams,’” he says. 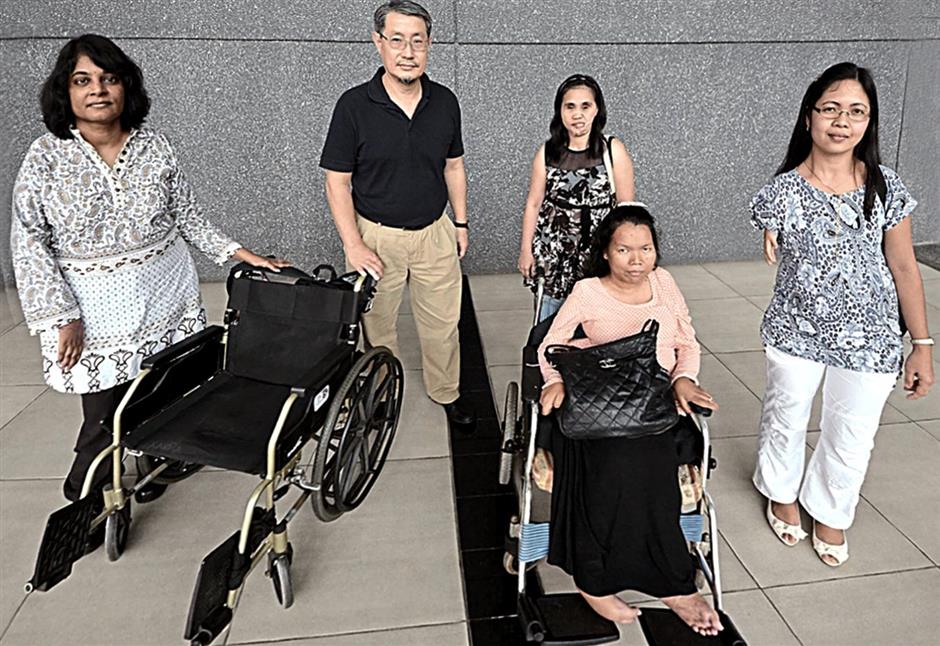