Today is World Sake Day, and here’s a simple guide and introduction to this traditional Japanese spirit. – Photo: Handout

Today just happens to be World Sake Day, so let’s do a recap of this Japanese spirit.

October 1 was officially recognised as World Sake Day in 1978 by the Japan Sake and Shochu Makers Association. It is meant to commemorate the first day of the sake-making season in Japan, as October used to be considered the best period of time to begin making sake – right between the time the sake rice is ready for harvesting and just before the winter season, which is the best season to ferment the sake.

ALSO READ: 6 new cocktail bars that are shaking up the scene in the Klang Valley

One of the first things you need to know about sake is that it is not a distilled spirit. There is also a tendency to call it a “rice wine”, though it actually has more in common with beer than wine, as it is a brew made by fermenting rice.

Not just any type of rice can be used to make sake though. In Japan, there are actually two different types of rice – one is for general consumption, and the other is specifically used for making sake.

Even the rice that is used for making sake has various varieties, with each one giving the finished product a different flavour nuance.

Getting the right rice is one thing – the brewers also have to make sure the rice is polished to the right degree, by milling the grains to remove the bran.

Sake is categorised into different grades depending on how much of the rice is polished off – the more you polish the rice, the higher the sake’s grade will be.

The rice polishing ratio for the highest grade, daiginjo, is usually below 50%, which means at least 50% of the original rice is milled away, and only the other 50% is used for the fermentation.

ALSO READ: How whisky finishing adds a different dimension to the spirit Cloudy sake is also known as nigori sake, and is an unfiltered version of sake. – Filepic

Once the rice is polished, now comes the fermentation. This is where it gets a bit trickier. Unlike wine, which is made through a simple fermentation of grapes and yeast, making sake is a bit more complicated.

Grapes already have residual sugar in them, so just adding yeast will start the fermentation process. But, rice doesn’t have any sugar in it, so for fermentation to start, the toji (sake master brewer) has to first steam the rice, and then sprinkle ‘koji’ on it.

Koji is a kind of enzyme used by the Japanese as a fermenting agent in making sake, miso, shochu, and vinegar. When you add koji to rice, it converts the rice into sugar, and then the yeast can do its job in converting the sugars into alcohol.

Once fermentation is done, the sake is then pasteurised and put into tanks where it is allowed to mature for a number of months (usually around six to nine months).

This is not like the maturation process of whisky or cognac though, where the spirit gets its flavour from the barrels it is aged in. With sake, it is more of a ‘resting’ period to allow the newly made sake to mature into a softer, mellower and more well-balanced brew.

A good, pure source of water is also very important to sake making, as it is used in almost every step of the brewing process, from the washing of the rice to the dilution of the final product.

Depending on the type of water that is used, whether it is high in minerals or not, it can either produce a dry sake, or a softer sake. If a label says Junmai Daiginjo, that means it is a sake that is made from pure rice and is made from rice that is polished to less than 50%.

How to read the labels

When it comes to the categories of sake, things can get a bit complicated as well. For the purpose of this article, we’ll focus more on the basic categories and terms on a sake label.

There are different grades of sake, ranging from the common Futsu-shu (or ‘ordinary sake’, akin to table wine), to the Tokutei meisho-shu (special premium sake).

Sake that is made purely from rice are usually labeled as junmai, or “pure rice”. Those that don’t have ‘junmai’ on their labels are known to have added distilled alcohol in them, and this includes the Tokutei meisho-shu types like Ginjo and Daiginjo.

As mentioned, unless the label says that a sake is ‘junmai’, then it will likely contain a certain amount of ‘brewer’s spirit’ (a distilled neutral spirit).

That brings us to the Honjozo-grade sakes, which is made with rice that is only 30% polished, and contains up to 3% distilled brewer’s spirit, which is meant to give it a lighter and smoother texture and taste.

Sparkling sake is made the same way as regular sake, but the fermentation is stopped earlier while there is still a lot of sugar in the mash, and then pressed and bottled. The sake then undergoes a second fermentation in the bottle, which produces carbonation. Sparkling sake undergoes a second fermentation in the bottle, which produces carbonation.

A few months back I also got to try a couple of sake that push the envelope in terms of sake making, and even bring some French wine-making influences into it.

Brewed in Toyama Prefecture, the IWA 5 Assemblage 2 is an ultra premium blended sake made by Richard Geoffroy, a former cellar master of renowned French champagne house Dom Perignon. Using his experience in making champagne, Geoffroy crafted the sake tastes almost like a fine French white wine, but with the distinct notes of sake elevated to a different level. The Tanaka 1789 x Chartier Blend 001 is a sake that was made via a collaboration between a French wine sommelier and a Japanese sake brewer.The flavourful Tanaka 1789 x Chartier Blend 001 is another wine/sake collaboration, this time between Tanaka Sake Brewery’s toji Morikawa and François Chartier, a master sommelier known for his unique take on innovation and research on aromatic science and gastronomic harmonies. This sake skates even closer to white wine territory, with its fresh, almost grass-like acidity, lined with tropical fruit notes of pineapple, coconut and peach.

How to drink sake

One of the most common questions I get about sake is whether to drink it hot or cold. I’ve spoken to a few sake brewers and sommeliers about this, and the general consensus is that this is very subjective, and depends on a number of factors.

For instance, some brewers would recommend you drink their sake hot, others would prefer it cold. The common Futsu-shu sakes are best drunk chilled, which mutes some of the harsher and unrefined notes of the sake. Likewise the unpasteurised Nama-zake or even certain ‘shin-shu’ or new sakes, which may not fare well with heat.

However, the higher grade sakes, especially those that have had time to settle or mature, tend to be more versatile, and can be drunk either cold or warm, both of which will give you different experiences.

So there you have it, a crash course on sake, albeit one that barely scratches the surface of the sake category. Hopefully, this will get you interested in sake beyond just being something to wash down your sushi or sashimi. Kanpai! 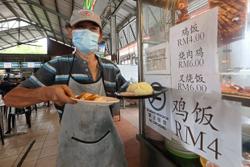