Sustainability is a word that comes up a lot these days within the drinks community, and across every level of the industry. From top bars and bartenders producing drinks using zero-waste and more sustainable practices, to corporations adopting more environmentally friendly measures in their manufacturing and packaging processes, sustainability is no longer just a buzzword – it’s something everyone is working towards.

Here are some of the initiatives within the industry that have stood out.

Scotch at the fore

Stakeholders in the Scotch whisky scene have been actively pushing for more sustainability across the industry for some years now. Many distilleries have already begun adopting more sustainable practises in production as well.

In January 2021, the Scotch Whisky Association (SWA) unveiled a new Sustainability Strategy that sees the industry committing to reaching net-zero emissions in its operations by 2040.

This was an update on its first Environmental Strategy, launched in 2009, which has seen the Scotch industry reduce overall greenhouse gas emissions by 34%, increase its use of non-fossil fuel sources to 28%, and use water more efficiently. Remarkably, only 1% of waste from Scotch production is now sent to landfills, a reduction of 75% since 2016. Some companies like Distell Group, which owns three distilleries in Scotland – Bunnahaibhain, Deanston and Tobermory – dive deeper into the production process to improve their sustainability.

“Our top sustainability priority is to reduce the carbon emissions of our manufacturing footprint,” said Angus Colquhoun, Distell’s engineering and risk manager, in an email interview.

“The best way to achieve this is to optimise the efficiency of manufacturing before decarbonising it.

“The individual geography of each distillery influences what can be achieved. For example, in Bunnahabhain, we had enough space available to build a biomass plant, but we couldn’t do that at our other sites,” Colquhoun said, adding that the Bunnahabbhain biomass system has almost entirely decarbonised the manufacturing footprint at the Islay distillery.

“Our site at Tobermory is very small, so there is no way that we can build a biomass system there. We hope to be able to start generating hydro electricity there in the future. We already do this at Deanston, so there we are focusing on how we can maximise the use of our co-products to offset our carbon emissions,” Colquhoun shared.

According to him, most distilleries in Scotland collaborate to share ideas and information on how to reduce our emissions.

“There isn’t yet a magic wand to decarbonise the industry, so each distillery needs to do what best suits its site,” he added. Another major issue in the beverage industry is packaging, with many companies now moving to eliminate unnecessary packaging for their products.

Bruichladdich distillery recently announced that it will be removing the tinned packaging across all its core single malt brands, starting with the Port Charlotte 10 Year Old Heavily Peated.

In a press statement, its CEO Douglas Taylor said that Scotch drinkers had “become accustomed to thinking that single malt Scotch must come with outer packaging as standard”.

“Premium gins, vodkas and mezcals are readily bought without additional packaging,” Taylor said. “The need to act and influence a shift-change in perceptions of quality feels increasingly necessary. Removing it completely is the right thing to do.”

Elsewhere, The Macallan recently launched the Harmony Collection, a limited annual release series of single malt whiskies that sees the brand continue its journey towards sustainability with a focus on sustainable packaging.

Rich Cacao, the first in the series, comes in a presentation box made in part using special cacao paper that repurposes discarded husks from cacao pods. These are by-products in the chocolate-making process that would have otherwise been sent to landfill or destroyed. Beer giant Carlsberg is set to conduct its biggest trial in a bid to launch its fibre beer bottle across Europe. – Photo: Carlsberg

Over in the beer industry, beer giant Carlsberg is set to conduct its biggest trial in a bid to launch its fibre beer bottle across Europe.

Eight thousand of the group’s new bottles – all completely recyclable – will be sampled by customers in eight markets across the continent including Britain, Poland and France.

The bottle has been made with wood-based fibre shell and contains a lining made of a plant-based Polyethylene Furanoate (PEF) polymer. Carlsberg said the materials can all be recycled and claimed it will retain the beer’s “taste and fizziness” against the same product in glass bottles.

When it comes to sustainability, some of Malaysia’s top bars and bartenders are already embracing sustainable practices.

At the forefront is Kuala Lumpur’s Bar Trigona, which was recently featured in the Asia’s 50 Best Bars list for the third year in a row, and also a past winner of its Sustainable Bar Award. The bar recently launched a new menu that puts the spotlight on five local farms that partner closely with Bar Trigona, and also emphasises the effective and efficient use of each ingredient.

“Our approach is to make the best possible use of each ingredient, throughout its entire lifecycle. Reuse, recycle and repurpose is a way of life for us,” says assistant bar manager Julian Brigget. 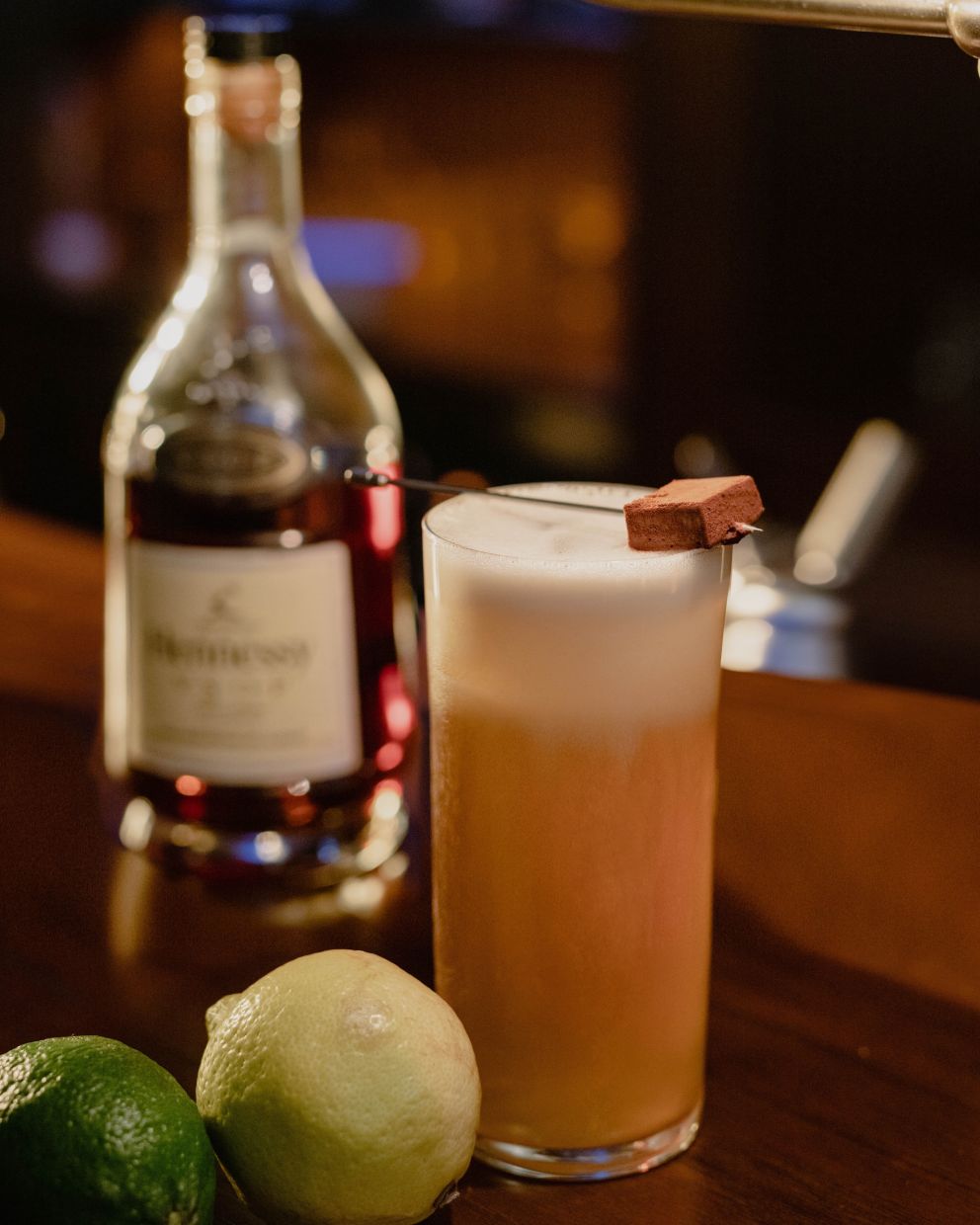 Ten went with a zero-waste concept for his “Cassa(NO)va Highball” drink, (the NO in the name denotes the “no-waste” process).

The drink utilises cassava plants harvested from Ten’s own backyard. The cassava plant is usually harvested for its roots, with the rest of the plants being discarded, but Ten repurposed its stems as cocktail garnishes and its leaves into edible drink coasters. He also used the cassava root to produce a delicious soda that pairs perfectly with the fruity notes of the cognac.

Down in Johor Baru, Tan applied the zero-waste concept on some of the most common ingredients in a bar – lemons, limes, grapefruits, and other citrus fruits.

For her drink, “See Trust” (citrus, geddit?) Tan uses all the different parts from a citrus, and processes them into different materials. After juicing the citruses, the leftover fleshes are infused into a citrus syrup that smells and tastes like a citrus bomb. The citrus peels are blended, and distilled into citrus water, and made into a refreshing citrus soda.

The leftovers from the distillation and infusion process are then dehydrated and used as the smoking ingredient to provide an extra citrus woody scent to the cocktail. The cocktail is topped with a chocolate truffle that is locally sourced and processed in Pahang, to complement the chocolatey note of Hennessy VSOP.

Raise your glass for a good cause during Negroni Week