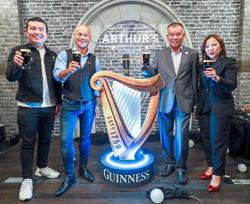 This isn’t just any bar though – here, fans of the iconic beer can enjoy the true Guinness experience alongside an impressive menu of Guinness-infused food and cocktails, as well as exclusive merchandise imported from the Dublin Storehouse. Photo: Guinness MalaysiaFrom the outside it looks like a merchandise store, but you can then walk further in through a corridor decked with a Guinness history wall and information how Guinness is made.

This then opens up to a surprisingly huge restopub area, one half of which is a pub area and the other a restaurant dining area, with a large bar in the middle, a stage for live bands .

The flagship outlet is the first in Malaysia to showcase a variety of exclusive Guinness-infused dishes at the forefront of its menu.

Patrons can also learn pouring the perfect glass themselves with the guidance of the Guinness Academy (available at a special rate) and take home a customised Guinness glass with their name engraved on it. 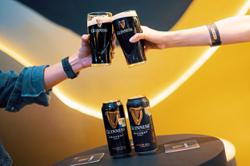