From the oldest brewery to the biggest beer festival, Germany can lay claim to a stein full of beer records. - Photo: 2006 AFP filepic

Water, malt, hops, yeast - no more: These are the ingredients used to make beer in according to Germany's famous purity law dating back to April 23, 1516.

Use any more ingredients, and what you're brewing isn't strictly beer, purists in Germany would argue.

But Germany isn't just home to the world's oldest and strictest laws related to beer, and there are plenty of other beer-related records to have been broken in this country.

One German brewer claims to have made the strongest beer in the world: Georg "Schorsch" Tscheuschner's Schorschbock 57 has been around since 2011.

The beer is stored for four months and has an alcohol content of 57.7% thanks to strong cooling in the Eisbock process, according to Schorschbräu.

The brewmaster from Gunzenhausen in Franconia is particularly proud that his Schorschbock 57 is brewed according to the German purity law. He even makes a stronger Brewmeister Snake-Venom with 67.5% but this is a beer-spirits mixture.

But according to the Guinness Book of Records, another beer is a fraction ahead.

Brewdog's The End of History is listed with 55% and was last made in Scotland and sold in 2010. To take things to the extreme, Schorschbräu and Brewdog have been working together since 2020. The result was the Strength in Numbers with 57.8%, topping the Schorschbock 57 by exactly 0.1%.

Historians believe people have been brewing beer in some form or other for the past 13,000 years. Archaeologists discovered what is believed to be the world's oldest brewery in Israel a few years ago.

But when it comes to the oldest brewery still in operation today, the Weihenstephan monastery in Bavaria claims the record. Founded in Bavaria in the early 8th century AD, it was granted a brewing licence in 1040. Beer has been made there ever since, and its wheat beer remains a popular choice across Germany today.

The second oldest functioning brewery in the world is only a short drive away. In Weltenburg Monastery, 60 kilometres north of Weihenstephan, beer brewing began in 1050.

Anyone who has ever been to Munich in early autumn will not be surprised by this record. The Oktoberfest in the Bavarian capital is listed in the Guinness Book of Records under the title "Largest Beer Festival".

The smallest brewery in Germany can be found in Berlin. The Schlossplatz Brewery, which measures only 35 square metres, is at home in Köpenick.

From this tiny space, six types of beer flow from the taps. One specialty is the "Babylonian beer", based on a recipe dating back to 1762 BC.

Another beer record from Germany leads to Erlangen in Bavaria. Henrik Thomann has been in the Guinness Book of Records since 2012 with the biggest collection of beer labels. Of the total of 548,567, about a third come from Germany - the others from the rest of the world. – dpa

Newbrew, a beer made using Newater, to go on sale in Singapore 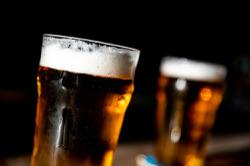 Dog show 101: What's what at the Westminster Kennel Club dog show
Toblerone chocolate to lose 'Switzerland' label and be made outside Swiss homeland
Goodbye Expo, hello 'Expo City': Dubai to reopen world fair site
War-stricken pets await new life at Kyiv shelter
Do zoos do enough for conservation to justify captive breeding?
Making your garden bee-friendly
Singapore brewery makes beer from recycled wastewater... and urine
8 ways you can give back to your favourite animal charity
In a multigenerational home, design choices can be emotional
Sweden's talking trash cans: A good idea... if not for their sexist side