5G in Malaysia: Much ado about... not very much yet 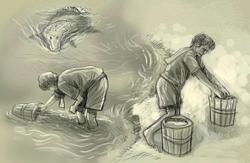 Detail from a map of 5G coverage in this part of the world, from nperf.com. The purple patches indicate 5G coverage – as you can see, Malaysia’s coverage looks a little light…. That single dot represents a solitary 5G live trial by one Internet provider.

You see, the first question that ran through my mind was, “What would I do with it?” At the time, terrestrial digital TV was still more concept than actuality – Astro’s announcement about 4K content only came out later in the year so the only place to find 4K content was Netflix. You couldn’t even watch football in 4K.

On top of that, I also had to upgrade the home’s Internet package because 4K content requires a lot of bandwidth.

Which means I was very grateful that all this coincided with the government’s policy to reduce Internet prices through the Mandatory Standard on Access Pricing. Effectively, I managed to upgrade my Internet package to twice the speed while paying half the price.

So buying a 4K TV only made sense if everything else I needed to enjoy it was readily available, Which makes me a little puzzled that people think Malaysia is behind in deploying 5G.

If you take a look at the detail from a map of 5G coverage in this part of the world (from nperf.com) above, you will see a neat purple blotch representing Singapore to the south, and a messy pattern of smears up north in Thailand, almost covering the whole country. Meanwhile, Malaysia currently has a single dot at the entrance of Berjaya Times Square in Kuala Lumpur, representing a solitary 5G live trial by one Internet provider.

What’s going on? Is Thailand outpacing us? Is the Malaysia Digital Economy Corp’s claim that Malaysia is the heartbeat of digital Asean a case of misplaced anatomy?

While the Thai government sees 5G as a “key force” to drive its economy, Malaysia instead decided to delay rollout from last year to 2022. Some of that has been brought forward to the end of 2021, with 5G networks due to appear in Kuala Lumpur, Putrajaya and Cyberjaya, but we will only achieve 80% 5G nationwide population coverage by 2024.

Now, I understand there is a difference between business use cases and how normal consumers like you and I would use 5G. But I also believe that you won’t really see widespread adoption of 5G in small and medium enterprises (SMEs) and micro SMEs until the public sees 5G as “normal” in their everyday lives.

I mean, people seem to want 5G. A study by one telco published in May 2021 (“Five ways to a better 5G”) reported that users in Australia and Britain say they are willing to pay an additional 7% for 5G services compared with 4G services, while for the United Arab Emirates and China it goes up to 30% and 45% more respectively.

But before you get your wallet out in Malaysia, let me ask you this: If you get 5G coverage on your phone, what do you plan to do with it? And do you even know what it is?

In that study mentioned above, 4% of those surveyed claimed they were on a 5G plan but used a 4G phone. If you restrict this to just the United States, that number rises to 14%.

“This suggests a lingering confusion and knowledge gap among consumers,” says the report. “Consumer awareness of 5G potential remains high. However, marketing rhetoric that is heavy with tech jargon is limiting real understanding of its value, device capabilities and offerings.”

I mean, just ask yourself this: Do you know the difference between cellular 5G and 5GHz WiFi?

Specifically, one big advantage that 5G should have is speed. But consumers don’t really seem to appreciate the shift from video to “much sharper” video that comes from higher speeds. Despite getting speeds between three and 10 times faster than normal 4G phones, most consumers surveyed by the telco were merely “satisfied” not blown away.

What they did complain about, however, was that 5G is unreliable when you’re indoors. Which means you do notice it when it’s not there. And despite the “meh” reaction, the survey found that users are spending up to an hour extra a week streaming videos and two hours extra playing cloud gaming.

What a majority of the users (70%) clamoured for was more new and innovative features. Stuff I can do on my shiny phone that you won’t be able to do on yours, basically. And for the time being, there isn’t really anything like that yet.

There were some features on display during the Tokyo Olympics in July 2021. Spectators at the swimming venues could watch events through an AR (augmented reality) interface, which meant you could see all sorts of real-time data through the camera on your phone as competitors raced each other.

And those attending golfing events could instantaneously switch live action views between different parts of the course using a rented device. But most of the 5G innovations at the Olympics were disrupted by Covid-19, like self-driving transportation and security drones, which went unappreciated.

This will, of course, change over time. The new normal with 5G will eventually become just “normal” within a few years. You will have videos in your cars that will allow you to “see” through them to the traffic ahead of you; hologram video conferencing with your loved ones around the world; tactile online shopping, where you can touch and feel the products, etc.

But until the features and promises mature, just enjoy what you have now. I mean, I’m still going to enjoy watching football. And if I eventually can get my own virtual seat with a 360° view in a football stadium, complete with cheers, chants and chats with fans alongside me, then perhaps I will sign up for 5G.

It's almost too late to stop global warming – so what's Malaysia doing about it? 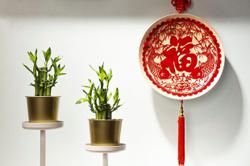 Heart and Soul: Paradise or concentration camp?
How the Winter Olympics are under threat from climate change
5 quick spring-cleaning and decor tips for Chinese New Year
Welcoming The Year Of The Tiger With Excitement And Joy
What if jewellery could be made from ewaste?
Herd the moos? Latvia’s symbolic blue cow is back from the brink
This edible natural coating could cut waste and boost shelf life
Lou and behold
US approves new antibody treatment for arthritic cats
Water to dust: As the Aral Sea dries up, some battle for its survival