A young fox peeps out of a tube in an enclosure belonging to the Franze family in Germany. — dpa

Daniele Franze coos in Portuguese as she sets out bowls with fresh chunks of meat and raw eggs on the floor of an enclosure. After a few minutes, a young fox creeps silently closer to inspect the goods. The others remain in hiding.

“They’re very shy, and that’s good. In order for us to release them back into the wild, they can’t become used to people, ” says Franze.

The Brazilian-born 43-year-old and her husband, Gunter Franze, currently have several fox kits in their care, the youngest coming to their property in Stolzenhagen, about an hour north of Berlin, at just a few days old. Weighing only 100g, the little foxes had to be fed with puppy milk replacer every two hours. After eight weeks, they were big enough to be moved to the fenced-in enclosure, which has lots of tubes and hollow stumps for them to hide in and play around.

“At five months old, at the latest, the foxes become impatient and the enclosure becomes too small. High time to give them their freedom, ” explains Daniele.

Four years ago, Daniele, a doctor of bioinformatics at Berlin’s Charite hospital, and Gunter, project manager at a company for industrial climbers, decided to move to the idyllic site in Stolzenhagen, Germany. As both were animal lovers, they decided to become involved in a local association dedicated to rescuing wild animals.

“Three years ago, our club colleagues asked if we could take in two orphaned fox kits. Since the animals are extremely shy and sensitive to noise, they were looking for a quiet spot, ” recalls Daniele.

Since then, the number of foxes they’ve taken care of has continued to rise, with six animals in 2018, and doubling to 13 in 2019. 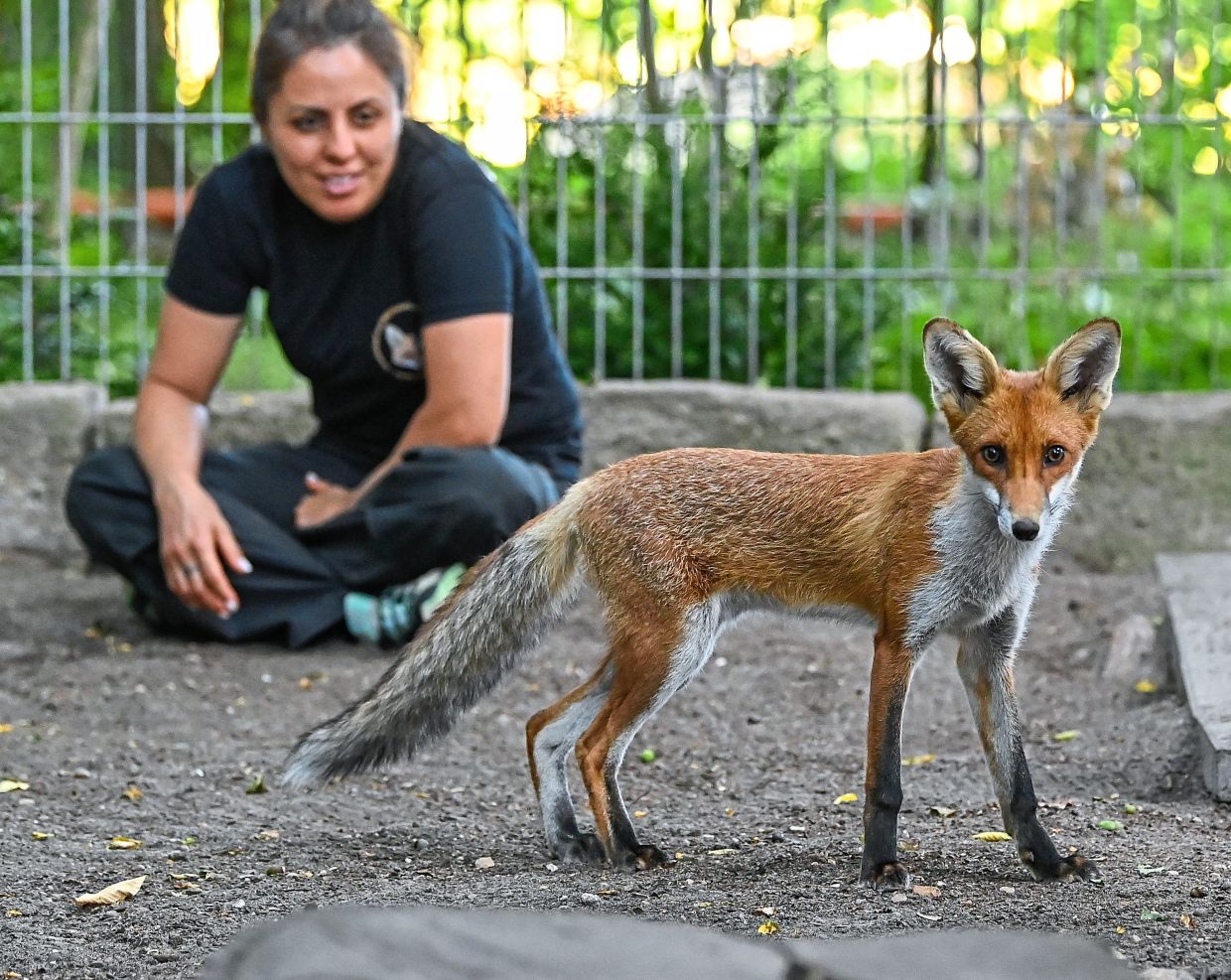 Daniele Franze sits in an enclosure with a young red fox. She and her husband Gunter are giving orphaned foxes a temporary home. — dpa

The baby foxes’ parents have either been shot or run over, according to the wildlife association. The Franzes purchased an additional piece of land opposite their property and built an enclosure that now spans 100sq m, including a quarantine station and feed kitchen.It wasn’t so easy to set up: The fight for a building permit took a long time, requiring the approval of seven different authorities, and a spokeswoman for the state hunting association still casts doubt on its legality. “Foxes are subject to hunting rights, and only those with hunting licences may take game from nature, ” says Anja Sibilski, who is the spokeswoman for the Brandenburg State Hunting Association.

Two sides of a coin

Two fox kits are currently in the quarantine station: One of them has to let its broken leg heal, while the other is still too small to be released back into the wild. “Simply releasing them doesn’t happen with our foster foxes, ” says Gunter Franze. The foxes are taken to the spot where they were found and then at first fed there. “They must first learn how to find their own food, ” explains Gunter.

Sibilski finds the releasing of foxes back into the wild problematic.

In Brandenburg, the German state surrounding Berlin, “there are already a lot of foxes, which also cause a lot of damage, since they prey on small game such as hare, partridge or pheasant. They also transmit diseases that are dangerous for humans, ” says Sibilski.

The hunting association spokeswoman adds that more than 23,000 foxes were killed in the 2018-19 hunting season alone.

Gunter questions the point of shooting the animals, saying that they regulate the number of offspring to have based on food supply and available territory. They also are useful – after all, a fox eats around 3,000 mice a year, according to the fox rescuer.

Whether the foxes raised by humans can actually integrate with ones that grew up in the wild is something that no one can verify, says Christiane Schroeder, head of the Brandenburg chapter of German conservation nonprofit NABU. She adds that the animals are not threatened with extinction, and that no exact counts of them exist.

For the Franzes, taking care of the baby foxes isn’t a hobby, but a necessity. “If we don’t take care of the orphaned kits, then no one would, and they die miserable deaths, ” says Gunter. The animal welfare advocates, who say they receive little financial support, express hope that their commitment will actually save the foxes.

“There are certainly indications that several of our former foster foxes are still alive, ” he says. – dpa/Jeanette Bederke

Fine art of naming a pet

Make 2021 count for animals and the planet 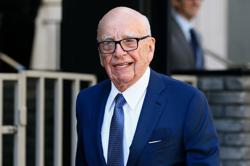