Human Writes: When home is unsafe 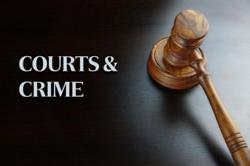 One thought has haunted me since lockdowns began this year: that abuse victims would be locked in with their abusers.

In one case in November 2020 in Malaysia, police detained a 16-year-old girl trying to leave Kuala Lumpur without a permit during the Covid-19-triggered movement control order period. Upon questioning her, they discovered the girl was trying to get to her mother in Kedah because her father – who gained custody of her a year ago – had been sexually abusing her for several months. The girl had also tried to kill herself.

In the first six months of this year, police recorded 1,721 cases of sexual crimes against children while the Special Court saw 813 cases. That’s over 100 cases a month. Mid December 2020, a Melaka police chief said incest cases spiked during the MCO period. But these cases are just the tip of the iceberg. This is a deeply hidden problem in Malaysia.

Unlike rape, which may be an isolated act of violence, sexual abuse is often recurrent, he says. “The child complies because they are under [the abuser’s] control. It is very hard to refuse your father. Children are told to listen to adults.” Indeed, total obedience can turn into subservience.

Suriana Welfare Society chairman James Nayagam has worked with abused children for 35 years and he says that not much has been done over the years. Abusers usually get away scot-free.

“They get charged, but how many get convicted? It’s still an uphill battle.” Without evidence, it’s a child’s word against an adult’s. “Who will believe the child?”

Tracking cases is hard, with no tracking system, little manpower and separate police and welfare data. “As a nation, we haven’t moved forward. We haven’t developed systems to protect children, ” says Dr Amar.

If we are to at least try to save these children, the country’s Welfare Department needs to be reformed and expanded. Social workers and the police need better training.

“We need professionalism, and for social workers to act quickly, ” says Dr Amar. He points out that in other countries, social services are strong and courts will listen to reports from social workers or doctors. “We are not moving with the rest of the world.”

With several million videos uploaded a year, not all are checked properly. And videos taken down often get uploaded again. Kristof describes the company as “cavalier” about overseas victims, citing a sex video with a young Indonesian and a Chinese video labelled: “Beautiful high school girl ... tricked ... and raped”.

Activists are fighting against the site’s non-consensual content, which includes videos from spy cams, stolen phones and of unconscious women. Re-living these videos can be devastating, as one Californian teen told Kristof.

Children need protection. I am like a fierce protective wolf mother to my children. Arming them with knowledge can provide protection.

Dr Amar says children need to learn sexual protective behaviours at kindergarten level, such as what is “bad touch” and who can touch them.

“If we can alert children about what is wrong and how to ask for help and not keep secrets, we empower them. We can train kindergarten teachers to do this.” He suggests telling children to seek help from doctors, who are legally empowered to help. My Pet Story: The kitten who thinks he is a puppy
Research on beards, wads of gum, wins 2021 Ig Nobel prizes
'Accidental interior designer' Joe Chan on his style and how he started out
Heart and Soul: Life lessons from making mooncakes
The digital healthcare generation gap in Malaysia
Social cost of 2019's plastic more than GDP of India
The Copenhagen neighbourhood at the cutting edge of sustainability
Choosing life in the countryside over city life
Uphill battle: Spain's wine growers adapt to climate change
3 unique bookshelf designs you'll want for your home