Resembling a flaming creature on the run, this image exposes the hidden interior of a dark and dusty cloud in the emission Nebula IC 1396. Young stars previously obscured by dust can be seen here for the first time.

This year marks the 30th year that the Hubble Space Telescope has taken images of outer space, giving mankind glimpses of the stunning beauty of the galaxy.

The Hubble Space Telescope was launched April 24,1990, from the space shuttle Discovery.

Nasa called Hubble the "most significant advance in astronomy since Galileo's telescope".

Hubble has given us better views of our solar system and taken us hundreds of light-years away to the edge of the universe.

Hubble has also given us many images of our neighbouring planet, Mars, as well as Uranus, Neptune, Saturn, and Pluto's five moons. 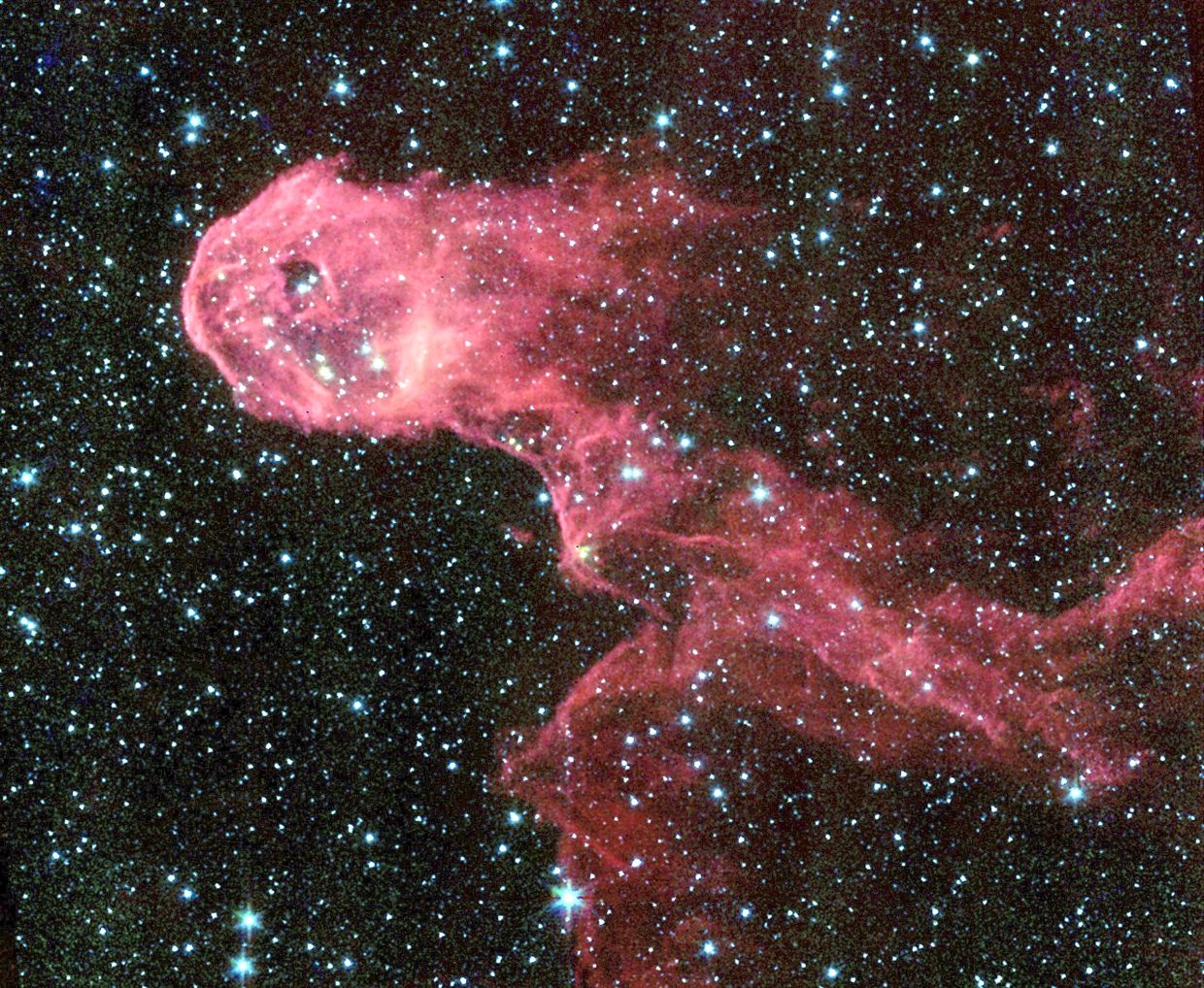 Resembling a flaming creature on the run, this image exposes the hidden interior of a dark and dusty cloud in the emission Nebula IC 1396. Young stars previously obscured by dust can be seen here for the first time.

Undated photo of a Cassiopeia A (Cas A) supernova reveals the remnants of a section of the upper rim of the youngest known supervova identified in our Milky Way galaxy. Dozens of tiny clumps near the top of the image are actually small fragments of the star and each clump is approximately 10 times larger than the diameter of our solar system. The varying colours of the supernova are caused by glowing atoms.

In this image provided by Nasa, ESA and the Hubble SM4 ERO Team, a stellar jet in the Carina Nebula is pictured in Space. On Sept 9, 2009, Nasa released the first images taken with the Hubble Space Telescope since its repair in the spring.

A dying star named NGC 6369 on Nov 7,2002. The star, also known as the Little Ghost Nebula, is 2,000 to 5,000 light-years from earth and is similar in mass to our Sun. The ghostly halo surrounding the star is caused by the shedding of the stars' outer layers during the final stages of its life cycle.

The Cone Nebula, an innocuous pillar of gas and dust, is seen in this picture taken in 1995 and unveiled by astronomers in 2002. It shows the upper 2.5 light-years of the nebula, a height that equals 23 million round-trips to the moon. The entire nebula Is seven light-years long. The Cone Nebula resides 2,500 light-years away in the constellation Monoceros.

Jeff Rudolph, president of the California Science Center in Los Angeles, is photographed in front of an image of the Carina Nebula (a place in our galaxy where stars are born), on display inside the science centre, on Aug 17,2012.

A pair of one-half light-year long interstellar 'twisters', eerie funnels and twisted-rope structures, in the heart of the Lagoon Nebula which lies 5,000 light-years away in the direction of the constellation Sagittarius. The central hot star, O Herschel 36 (lower right), is the primary source of the ionising radiation for the brightest region in the nebula, called the Hourglass. — Nasa/AFP via Getty Images 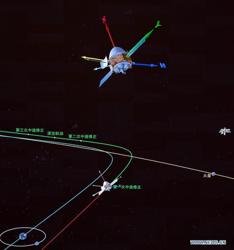