Dear Thelma: My parents disowned me over my relationship with Mr Right 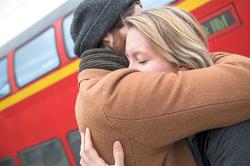 I AM 28 years old. I consider myself successful as I have excelled both academically and professionally.

I have a Master’s degree from a prestigious university and am currently holding a managerial position in a top corporate company. This is my first time working abroad, away from home.

I started dating a few months ago. I got to know my boyfriend when I was doing my Master’s. He is four years older than me and is also well accomplished. We have never dated anyone before and we are each other’s first love. We were friends for two years before we started dating.

My parents have been very protective of me since young. I was a very obedient and studious child.They met my boyfriend once and have since disapproved of our relationship, to the extent of disowning me. We were both inexperienced in dating, and we were both very nervous during our first meetup with my parents. My boyfriend behaved quite awkwardly during the meeting. They think that we are not compatible and that I deserve someone better and richer.

My boyfriend has a close girl friend, A, who is very much older than both of us. They used to travel together once a year. I’ve met her in person before, and I can tell that he only treats her like an elder sister. My parents knew about the existence of A (judging from the pictures from his publicly set Facebook profile) even before we started dating, and are worried that he is a playboy. Their impression of him was not very good even before we became an item. I have to admit that I had the same negative impression of him initially but not anymore. I trust him fully after meeting A.

How do I make my parents accept him? I do not know what to do.

We are both on par in terms of education level, religion and professional and educational qualifications.

I love both my parents and boyfriend very much. Please help.