Save your child from a lifetime of craving sugar 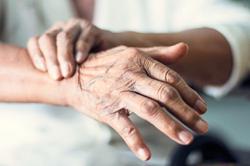 If you have lots of products with added sugar as a toddler, you will crave them later on in life, so it’s best to give a banana, rather than a chocolate biscuit, as a snack to your young child. — dpa

But eating too many foods with added sugars, which have little nutritional value, is an unhealthy eating habit, and eating habits are formed early.

This is why doctors say it’s important that parents keep an eye on their children’s intake of added sugars.

Kids under the age of two shouldn’t eat any added sugars at all, advises Dr Ulrich Fegeler, a member of the Cologne-based Professional Association of Paediatricians’ (BVKJ) panel of experts in Germany.

Added sugars are sugars not naturally found in the food or drink in question.

So, a slice of apple makes a better between-meal snack for a young child than a chocolate biscuit.

“Studies have shown that early childhood has a major influence on food preferences,” Dr Fegeler says.

The preferences that kids develop are difficult to change later.

If they become acquainted with different tastes at an early age, they’ll be more likely to accept sour and bitter foods too.

Your food preferences can have a profound influence on your health during the course of your life.

If you consume too much sugar, for example, you’re at a higher risk of obesity, diabetes, cardiovascular disorders, high blood pressure, cancer and tooth decay, Dr Fegeler says.

How much added sugar to satisfy a child’s sweet tooth is acceptable from a health standpoint?

Two- and three-year-olds shouldn’t get more than four teaspoons (16g) of added sugars daily, and four- to six-year-olds, a maximum of five teaspoons (20g).

Sugars occur naturally in foods such as fruit, vegetables and milk.

Parents are advised to check foods’ nutrition label for added sugars, which are known by various names.

For a healthy meal, just divide your plate

Does taking probiotics after antibiotics help? Is a tremor always caused by Parkinson’s disease?
What parents of left-handed kids should know
8 lifestyle factors that decrease a man's fertility
Men can benefit from Kegel exercises too
Tobacco control: Which is more important – liberty or safety?
Are you 'pangry'? Pandemic anger is a real mental health concern
Astaxanthin is renowned for its powerful antioxidant qualities
When it gets too hot for health
What is the 'internal shower' drink that is trending on TikTok?
Ensuring that children swim safely