Are all vegetarians and vegans introverts?

Carried out by researchers at the Max Planck Institute for Human Cognitive and Brain Sciences and the University Hospital of Leipzig, both in Germany, the new study looked at 8,943 participants and assessed their personality traits and any symptoms of depression via questionnaires.

The participants were also asked to complete questionnaires on their diet, reporting on how often they had eaten certain animal products in the last 12 months, ranging from “several times a day” to “never”.

The findings, published in the journal Nutrients, showed that following a vegetarian or vegan diet appears to be related to personality, with the participants who ate a predominantly plant-based diet more likely to be introverted, while those who mainly ate animal pro-ducts were more likely to be extroverts.

“It is difficult to say what the reason for this is,” says study leader Veronica Witte.

“It could be because more introverted people tend to have more restrictive eating habits or because they are more socially segregated because of their eating habits.”

However, despite previous studies finding an association between a plant-based diet and a more neurotic personality, the researchers found no such link.

“Earlier analyses had found that more neurotic people were generally more likely to avoid certain groups of foods and to behave more restrictively.

“We focused here solely on the avoidance of animal products and could not observe any correlation,” she says.

Previous studies have also found that a predominantly plant-based diet is associated with depressive moods, although again, the researchers failed to find any correlation between the two factors.

“It is possible that in previous analyses, other factors had blurred the results, including the BMI (body mass index) or conspicuous personality traits that are known to be associated with depression.

“We accounted for them,” says Witte.

The researchers did find another association though.

The results showed that the lower the amount of animal products in a person’s diet, the lower their BMI on average, which the researchers say could be due to a plant-based diet also having a lower proportion of heavily-processed foods.

“Products that are excessively rich in fat and sugar are particularly fattening.

“They stimulate the appetite and delay the feeling of satiety (fullness).

She adds that the dietary fibres found in vegetarian food have a positive effect on the microbiome in the intestine, which also increases feelings of satiety.

Emotional eating might be a gateway to eating disorders

Did you hoard toilet paper at the start of the MCO? It's your personality 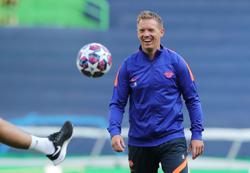 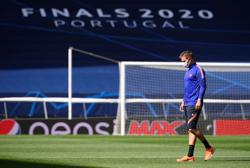 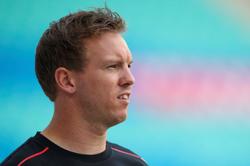