Predicting your child's personality as an adult

A baby’s temperament could be an indicator of their personality as an adult. — AFP

New American research has found that a baby’s personality at around 14 months could predict what their character will be like as adults.

Carried out by researchers at the University of Maryland, the Catholic University of America and the US National Institutes of Mental Health, the new study looked at 165 babies when they were 14 months of age to assess a specific type of temperament among the babies, called behavioural inhibition (BI).

Babies and children with this temperament show a cautious, even fearful, behaviour towards people, objects and situations that they don’t know.

Previous research showed that children with BI are more likely to develop social withdrawal and anxiety disorders than those without BI.

To look at their development, the researchers assessed 115 of the children when they had reached 15 years of age, and 109 at age 26. when they were assessed for psychopathology, personality, social functioning, and education and employment outcomes.

The findings, published in the journal Proceedings of the National Academy of Sciences, showed that the babies who showed BI tended to have a more reserved personality at age 26.

They also reported having fewer romantic relationships in the previous 10 years, and lower social functioning with friends and family.

However, BI was not linked with the participants’ education and employment outcomes.

In addition, the team also found that children who had shown sensitivity to making errors during the assessments at age 15 had a higher risk for internalising disorders such as anxiety and depression, in adulthood.

“While many studies link early childhood behaviour to risk for psychopathology, the findings in our study are unique,” said Dr Daniel Pine, one of the study’s authors.

“This is because our study assessed temperament very early in life, linking it with outcomes occurring more than 20 years later through individual differences in neural processes.”

The researchers say that the findings may help make it easier to earlier identify individuals most at risk for developing internalising disorders in adulthood.

“We have studied the biology of BI over time and it is clear that it has a profound effect influencing developmental outcome,” added study author Dr Nathan Fox. 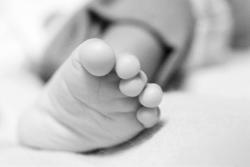 She took abortion pills, then dumped body of her premature baby into sewage hole