'Drink for the taste, not the alcohol': Heineken Malaysia wants you to appreciate your beer more The Tiger Amber is a small baby step towards educating the masses about the more subtle nuances of beer.

Exactly one year ago, beer was in the headlines for all the wrong reasons. The Better Beer Fest, meant to be the biggest ever craft beer festival in Malaysia, was cancelled after certain parties objected to it, and the infamous Jamal Yunos was smashing beers in protest outside the Selangor state secretariat building, for goodness knows what reason.

Jiri Rakosnik, who had just joined Heineken Malaysia as its new marketing director at the time, must have been wondering what he had got himself into. But rather than worrying about the negative connotations of all these events, Rakosnik took a step back and analysed the situation more closely.

He realised that one of the reasons these things were happening is not just the negative perception towards alcoholic drinks as a whole, but also the lack of a better understanding of what beer really is.

“When I got here, I saw that guy (Jamal Yunos) smashing beers, and people complaining that beer is all about the alcohol. When I go out to the outlets, people are ordering beer by the buckets and towers. I found that people here are just looking for the alcohol kick rather than the actual appreciation of the beer,” he said.

“So, in December last year, when we were talking about what we wanted to do this year, I decided that we should kick-start our education programme, to create a better awareness and understanding of beer, that it is not just about alcohol and getting drunk, and ultimately, creating a healthier beer culture here.”

The Tiger Amber is a small baby step towards educating the masses about the more subtle nuances of beer.

“We want to get people appreciating beer for the taste rather than just the alcohol. We need to lead the change through the mainstream. That’s why we’re having the Great Brew Fest, and also introducing the limited edition Amber Tiger,” said Rakosnik, who is from the Czech Republic, a country with a very mature beer culture.

While Heineken does own a vast number of brands across the globe, from major commercial beers to smaller craft beer brands, Rakosnik decided to first work with what the company already has in Malaysia. After all, its existing portfolio covers quite a number of beer styles, from lagers (Heineken, Tiger, Kirin), stouts (Guinness) and ale (Kilkenny), to cider (Apple Fox) and wheat beer (Paulaner).

“There are so many stories we can tell with these brands. We want to start with the basics – that’s why we created the Amber Lager. It’s a signature Tiger brew, with a bite to it and goes down easily and is refreshing. But at the same time, it’s quite flavourful, so people can tell the difference between this and a regular Tiger.”

Rakosnik is also understandably wary of introducing too many new brands while the market is still immature.

“We have quite a lot of brands in the market already. As one of the big breweries, we want to make people appreciate what is already here first. If we start bringing craft beers like Beavertown or Lagunitas in, it’s not as if suddenly people will know about the beer.

"It doesn’t work that way,” he said. “A few people who appreciate those beers might cheer, but 95% of the people will still be ordering the buckets!

“If you want the alternatives, there are already craft beer bars here in Malaysia. The people who go there know what they are drinking and know what they like, and that’s fine. It’s good to have variety and alternatives. But most of the time, when you want something that is just clean and refreshing, people would go for the mainstream stuff. That’s where we’re coming from.”

From a business point of view, Rakosnik says what a campaign like this does is create more growth in the beer category.

“What we’re creating is more space for growth in a way. The more people are interested about beer, the more they will want to try it. It could help smaller brands as well, and help the category grow, or even become more premium, because people would be willing to pay for something that’s more unique,” he said.

According to him, the key point now is to figure out how to make people understand beer and its culture.

“You can’t build a beer culture overnight, but you can make people understand what they are drinking,” he said.

“It’s baby steps, but you have to start somewhere!”

How far does he want to take this campaign though? “What I would love to see in the future is people walking to the bar to see what’s available, or start asking the bartender what sort of beer is available or if there is anything special, instead of which one is cheaper to drink!” Rakosnik concluded.

Michael Cheang dreams of a Malaysia where people drink beer for the flavour, and not just because it is cheap and has alcohol. Drop him a note at the Tipsy-Turvy Facebook page or follow him on Instagram.

'Drink for the taste , not the alcohol': Heineken Malaysia wants you to appreciate your beer more 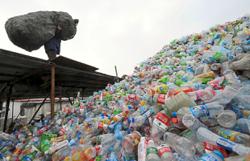